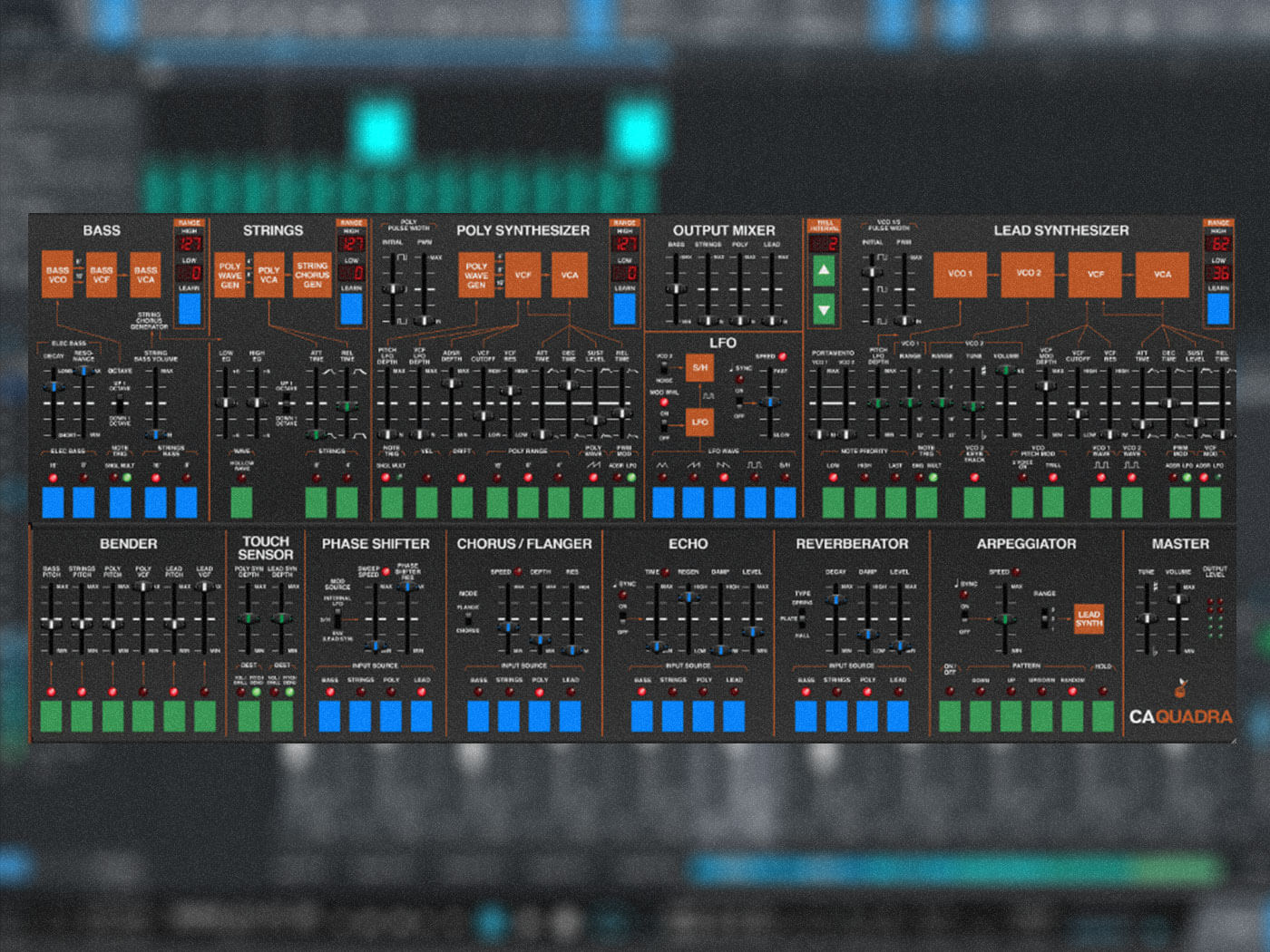 Cherry Audio has released Quadra, its reimagining of the coveted ARP Quadra hardware synth of 1978. In true Cherry fashion, the brand has listed the plug-in for a remarkably low price of $39 at the time of writing.

According to Cherry Audio, the new soft synth is the first reproduction of the original “unicorn instrument”, the ARP Quadra. The developer adds that it has “addressed the original Quadra’s shortcomings and wildly expanded it for an experience that blows away the real thing in every conceivable way.”

Such improvements include a streamlined patch browsing system, a “richer and fatter” tone, and an expanded effects section that boasts stereo chorus/flanger, echo, and reverb.

Quadra is centred around four synth engines: Bass, String, Poly and Lead. Each section is titled appropriately, with Bass being home to a gritty monophonic synth part; String reproducing the classic string ensemble sound of the original Quadra; the Poly section including saw, pulse, Spike and Hollow waveforms for synth chords and pads; and Lead being a dual-oscillator synth with a pleasing amount of modulation possibilities.

In our review, we say of the synth: “As you’d hope, the developer has expanded on some areas where the original synth had weaknesses, such as its patch storage system. Cherry has also added extra effects and various other performance enhancements.

“The result is an incredibly affordable and authentic-sounding synth that offers plenty of fun for beginners, while also a joy to those who prefer a deeper dive into sound design.”

”The results you can get with Quadra are varied and impressive, whether you’re an electronic producer, sound designer, alt-rock lover, or anything beyond. Despite looking complicated, Quadra is actually pretty easy to wrap your head around. Once you start thinking of it as four sections, it rewards experimentation and is highly usable in just a few clicks.”

Cherry Audio is listing Quadra at $39 as an introductory offer, which will move up to $59 in due course. You can download and install the plug-in in AU, VST, VST3, AAX and standalone formats for macOS and Windows.