The Moog-inspired softsynth comes at a price that you choose. 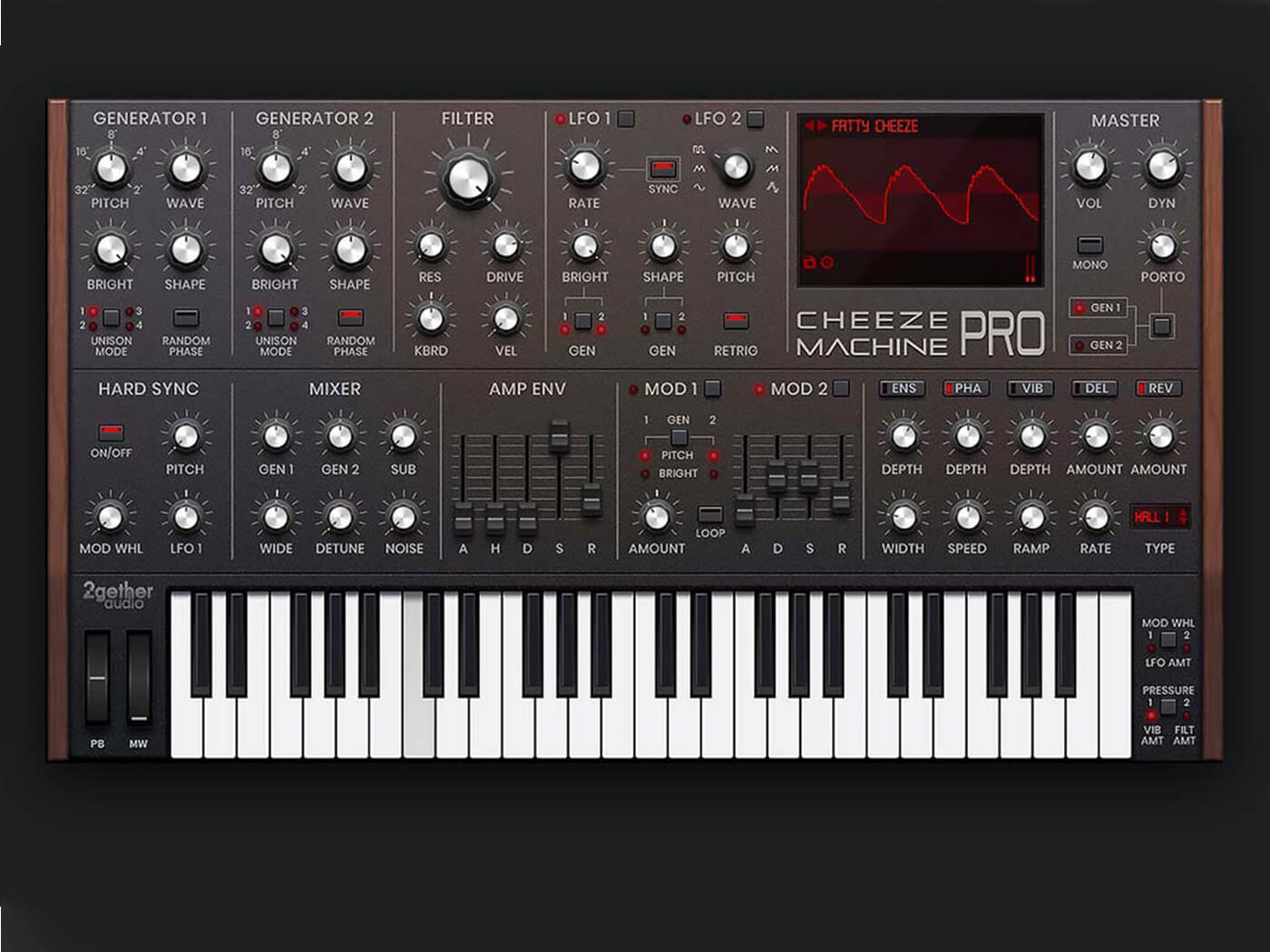 2getheraudio has released the newest version of Cheeze Machine, which they describe as a more grown-up version of its predecessors, and is “fatter than ever”. The virtual analogue synth Cheeze Machine PRO adopts features akin to those found on Moog synthesisers and is designed to simplify the process of finding the sound you’re looking for. The best bit? You choose the price (well, sort of…).

Cheeze Machine PRO sports two Tarabbia virtual analogue sound generators, which come equipped with brightness, waveform, shape and pitch parameters. A unison mode is included, offering four selectable oscillator groups and phase randomisation. The synth also features a sub oscillator than can be blended in and out via the mixer; this is also home to white noise, width control, detuning parameters, as well as individual gain control of oscillators one and two.

A 4-pole low pass filter is adjusted with a large frequency cutoff knob and is accompanied with resonance, drive, velocity and keyboard tracking. This can be controlled with mod envelope 2, or LFO 2. The LFOs operate in the audio band up to 40Hz, with six available shapes and different destinations for LFO 1 and 2, as is the same with the two mod envelopes.

A display is housed in the top right corner of the interface which can provide realtime visual feedback for waveforms, spectrums and parameters. Just below the display is the effects station, with five built-in effects including ensemble, phaser, vibrato, delay and reverb.

Cheeze Machine PRO is made with a struQture synth engine from Qubiq Audio, which is a software platform used to build virtual instruments and effects. Its modular architecture allows for combining multiple synthesis methods, and is used in plug-ins from manufacturers such as Sonivox, Akai Professional and NOS Audio. The synth includes VST, AU, AAX and standalone plug-in formats, making it compatible with most DAWs.

A free trial is available, or you can choose your price with a minimum of $10. This is relatively inexpensive, considering the industry price is set at $69, or a suggested discounted price of $49. 10% of the purchase is sent towards a charity that you can choose.

Find out more at 2getheraudio.com