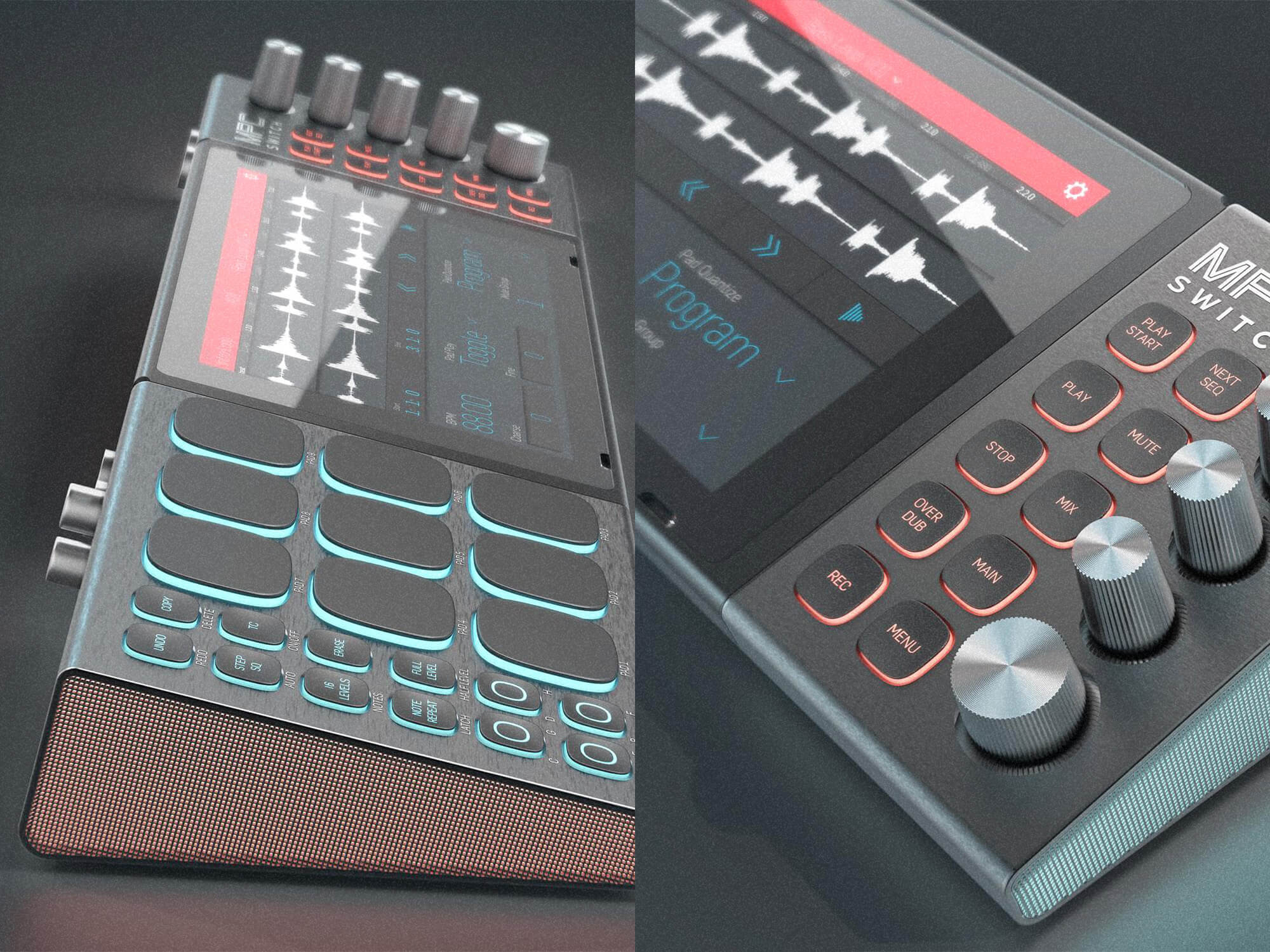 The device, dubbed the MPC Switch, was designed as a submission for a competition run by product design platform LeManoosh.

The Switch and MPC crossover product is based on the recent Akai MPC models and, coming in two separate modules, can snap onto the ends of the standalone Switch screen.

It also features in-built speakers on either side with audio I/O connection and MIDI connection on the back. The Switch also has an SD card to store and load files, stems and loops.

Once the screen is slotted into the concept device, it can be used as the central touchscreen interface of the machine. Pictures provided by Alquemy show a stripped-back version of the MPC software on the Switch screen, with different parameters assigned to the knobs and pads on the hardware MPC attachment.

On the attachable left side of the device is a range of iconic features found on Akai’s MPCs. These include nine – not twelve – assignable touch-sensitive pads with eight pad banks to which preset arrangements can be saved. There are also features such as latch, note repeat, erase, redo and delete.

The right side features a play/start button, a menu button, play/stop/mute, a record button and overdub button. Next to these are four assignable knobs that can be assigned by the user to manipulate elements of the project, like the filter cutoff of a track, for example. A fifth larger knob doesn’t clearly define itself as having any particular use, but could potentially act as a master volume control.

Alquemy says on Instagram: “Our submission for the @lemanoosh_official @sam_does_design @keyshot3d Nintendo Switch Concept Competition… When the kids head off to bed, flip their Switch into a fully functioning MPC, sample some records, and bang out some beats.”

While the Nintendo Switch and Akai Pro MPC device – the MPC Switch – is simply a concept design, we have our fingers crossed for a genuine collaboration.