CES 2022: The Victrola Re-Spin is an all-in-one suitcase turntable for £99 made of 100% recyclable materials 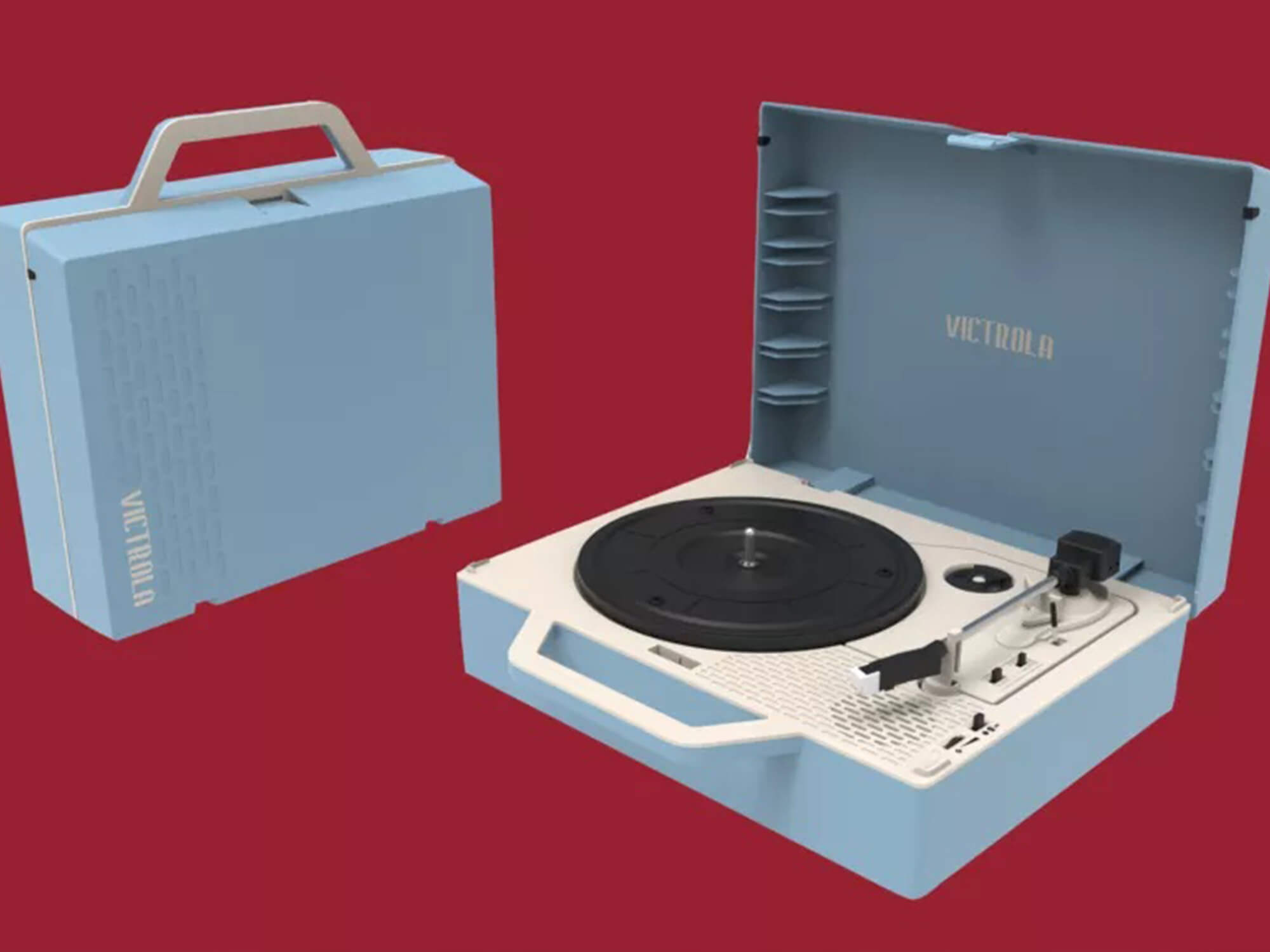 The Re-Spin shares a notable feature with the Premiere V1, as both come with Victrola’s anti-vibration speaker enclosure technology. The technology complements Re-Spin’s built-in dual speakers to reduce device vibration while delivering a “skip-free, bass-delivering listening experience unrivalled by previous generations of suitcase record players” using a preamplifier in the chassis.

Users can also choose to connect with external speakers via BlueTooth or a traditional jack.

Available in grey, green, blue and red, the turntable also boasts a smaller size than other suitcase turntables, including those in Victrola’s own catalogue. Unlike Victrola’s other recent offering, the Victrola Revolution GO, it’s unlikely that the Re-Spin will offer recharging capabilities, so be sure to have a power supply have to be at hand before firing the turntable up.

Those with green sensibilities in mind will also be happy to hear the Re-Spin’s packaging will use 100% recyclable materials.