Building on from the features of the very popular MixerFace. 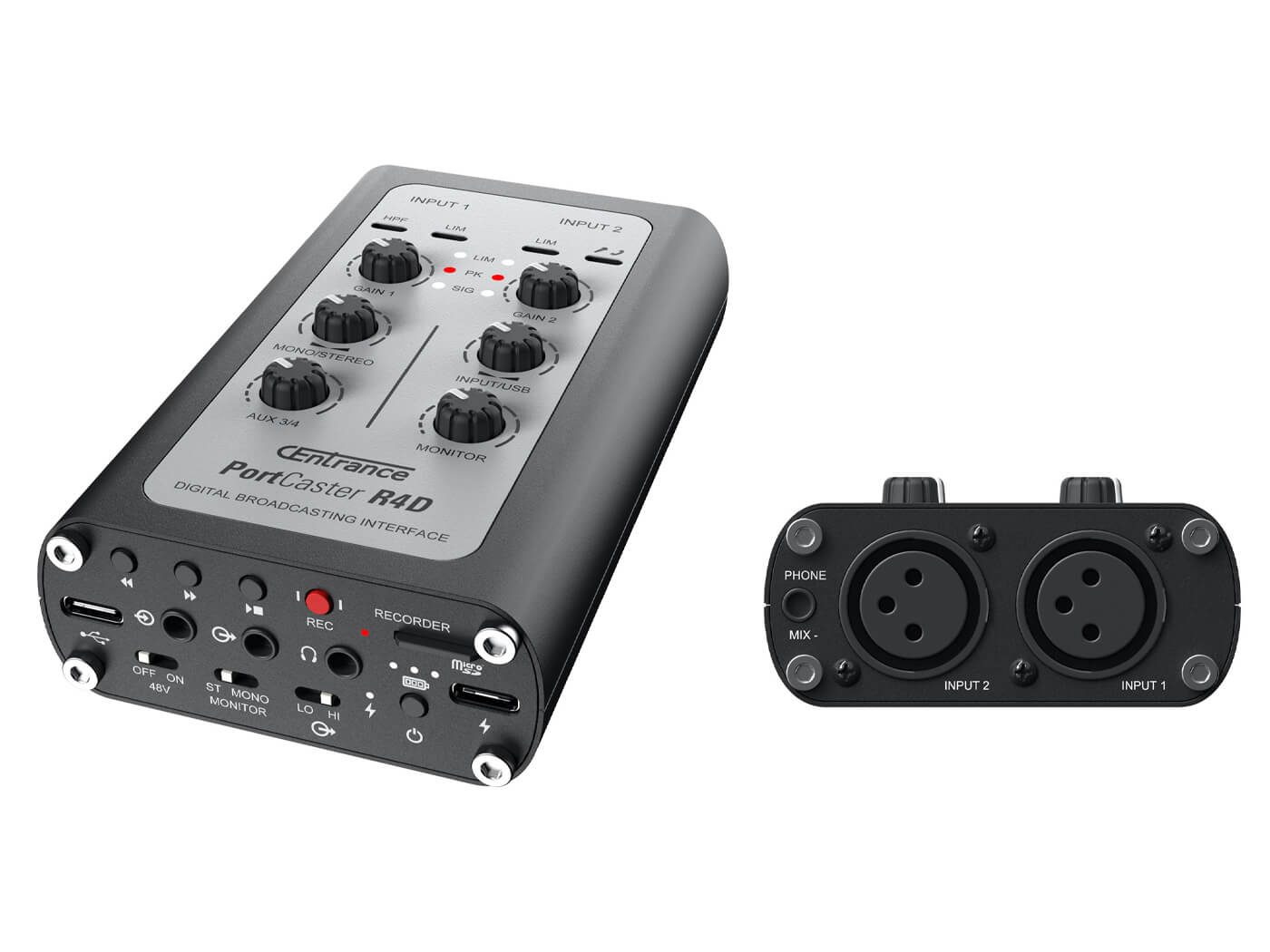 CEntrance has announced the PortCaster, a portable audio interface designed especially for podcasters.

The interface is the spiritual successor of the brand’s MixerFace, and adds features that were requested by its users, such as the ability to include guests calling in by telephone or VoIP.

New features designed to help podcasting sessions run smoother have also been added, including Mix-Minus, which culls audio feedback for remote callers; mono blend, which simplifies uploading to mono platforms such as Instagram, and an optional stereo SD-card recorder, which lets podcasters record and livestream their broadcasts simultaneously with a One-Button Record feature.

As for hardware, the PortCaster sports two XLR inputs and two preamps with 65dB of clean gain on tap. However, the latter are shared with remote callers, meaning that you can’t have two microphones hooked up, and have a caller at the same time. Audio resolution is handled up to 24-bit / 192kHz, and there are built-in analogue limiters for each input.

To add music and sound effects, podcasters can use the stereo Aux 3/4 input, and engage a mute function for when you’re not talking into the mics.

PortCaster will come in three different models, beginning at $199.99. Pre-orders for the interfaces will begin soon.