It also features 800 AiX-powered sounds, including ones from the brand’s CZ and VZ synths. 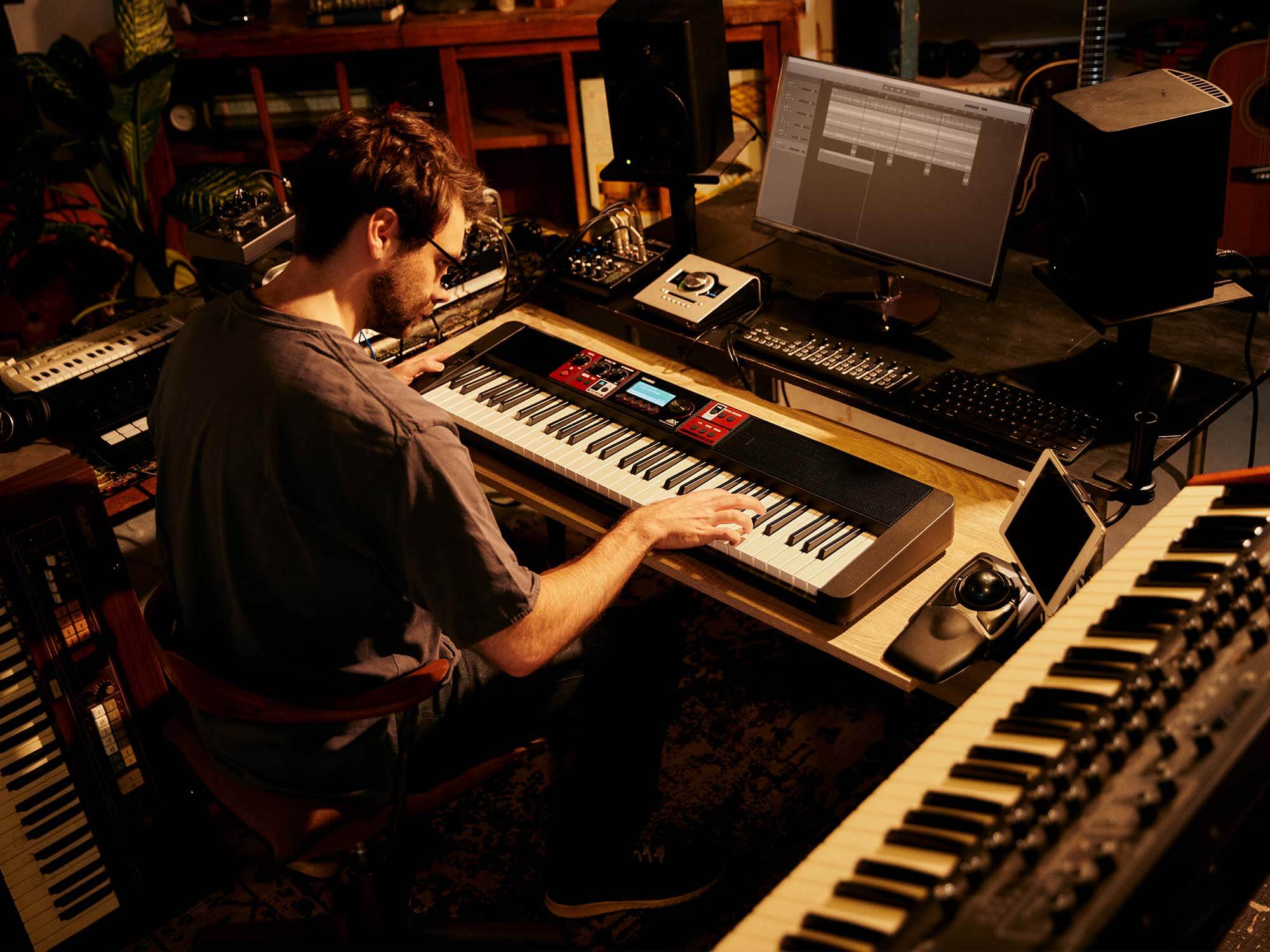 Casio has lifted the lid on the mysterious synth it’s teased since the close of 2021, introducing the Casiotone CT-S1000V a ‘vocal’ synth which can “literally turn any text – such as song lyrics – into a musical phrase”.

The synth features a newly developed sound source technology simply called Vocal Synthesis, which lets users type out text and have the keyboard “sing it” in full harmony with enunciation and even emotion.

A companion Lyric Creator app (available on iOS and Android devices) allows phrases – in either English or Japanese text – to be sent to the CT-S1000V, which can be performed with 22 synthetic vocalist types, including talkboxes, processed choirs, robot voices, vocoders and whispered voices. Users can also perform either Phrase or Note mode, the former of which sings out the phrase all at once, and the latter which allows each syllable to be played individually with or without legato.

Further, the 64-voice keyboard comes equipped with a range of 800 AiX-powered sounds, which include some from the brand’s beloved CZ and VZ synths. It also has 150 arpeggiator effects, three assignable real-time controllers and 100 Lyric Tones, which are phrases inspired by familiar songs.

Other hardware features include a 61-note keyboard, built-in speakers with a horizontal bass reflex for a more “powerful” low-end and an included wireless dongle for Bluetooth audio streaming.

At the same time, Casio has unveiled a second synth, the CT-S500, which features many of the same features as the CT-S1000V – but without Vocal Synthesis whatsoever. This could be ideal for players who enjoy the form factor of the new synth, but perhaps don’t particularly have a need for vocal synthesis.