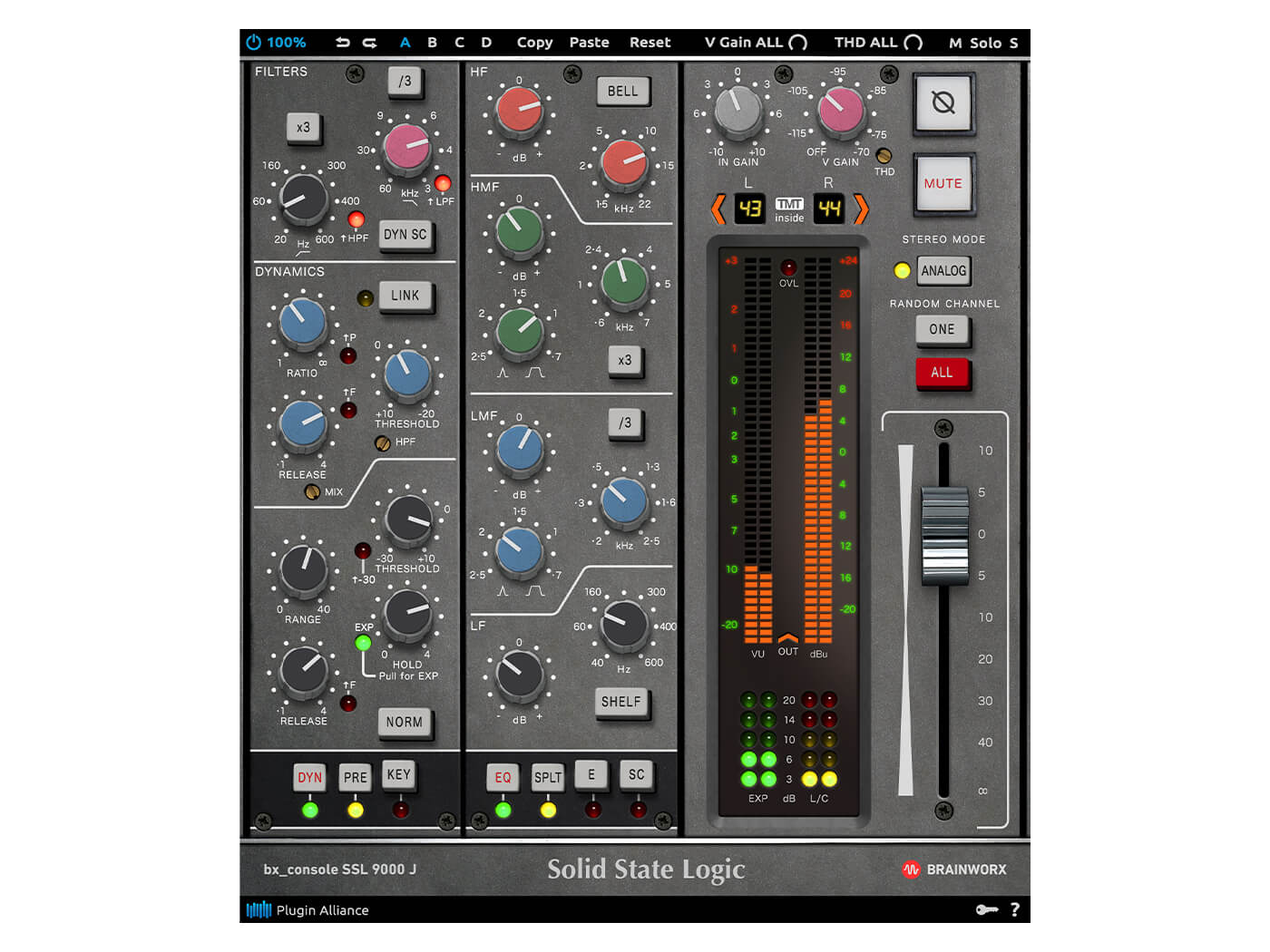 Brainworx has released their latest console emulation plug-in, which is based on Solid State Logic’s 9000 J series. This officially approved plug-in was built using schematics from the original, and in collaboration with SSL engineers.

Bx_Console SSL 9000 J lets you run up to 72 independent channel emulations – each with tolerance modelling technology (TMT) – within a single plug-in.

TMT refers to the technology which lets digital emulators model the differences caused by component tolerances as found in analogue equipment. Already used in other Brainworx console emulations, it’s made to give the plug-in an uncanny similarity to the original.

As found in the original SSL board, you get access to a high- and low- pass filter section, a dynamics processor that features the ‘peak detect’ and expander/gate ‘hold’ function, a flexible parametric EQ with bell shaping capability, and master out section.

Brainworx has also expanded on the plug-in’s capabilities with some features that aren’t found in the original. THD (total harmonic distortion) and V Gain (virtual gain) let you introduce saturation and simulated noise to a single channel’s output signal, or globally. The EQ section also allows you to switch between an E-series style filter and G-series style filter.

Mixing engineer Michael Brauer worked with Brainworx on refining the plug-in. He, along with several other mix engineers have also provided some presets as a handy jumping-off point.

Available for $299.99 until 22 April. Learn more about it at brainworx.audio