Bx_console Focusrite SC is inspired by the legendary ISA-110 and -130 modules. 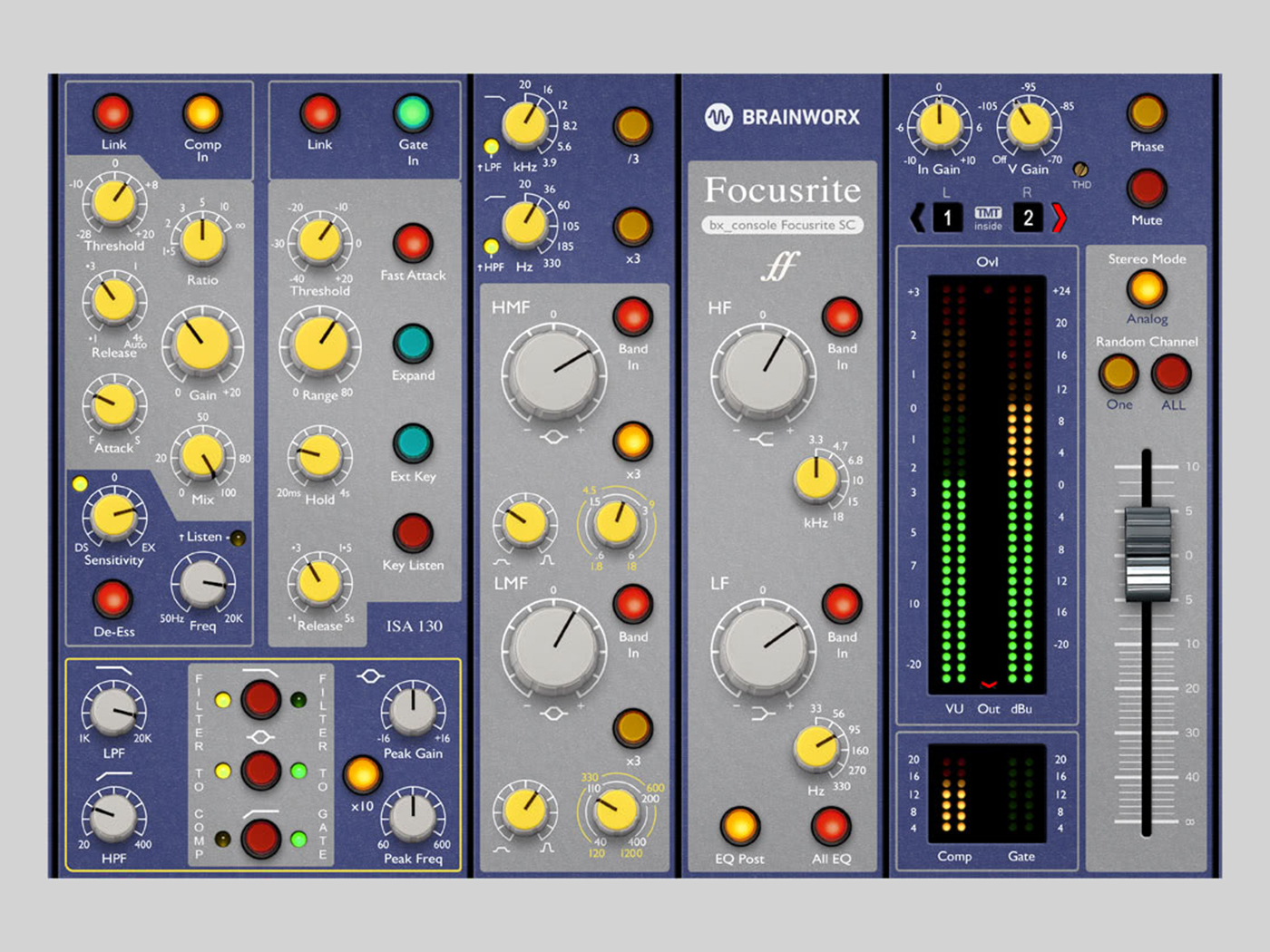 Focusrite’s Studio Consoles were originally designed by the godfather of recording technology, Rupert Neve. He had envisioned a world-class microphone preamp and a musical sounding-EQ with low noise and extra-wide bandwidth. These inspirations culminated in the ISA-110 and -130 modules. The ISA-110 featured a transformer-coupled mic preamp, a four-band EQ as well as high- and low-pass filters, while the companion ISA-130 module was a compressor, limiter and de-esser all rolled into one.

By integrating its unique Tolerance Modeling Technology (TMT) with the bx_console Focusrite SC, Brainworx has been able to offer 72 channel variations. In essence, TMT aims to recreate the small channel-to-channel variances – such as phase and frequency responses – you’d find in an analogue mixing disk.

In addition to the usual channel strip controls, Brainworx has thrown in two variable controls: Total Harmonic Distortion (THD) and Virtual Gain. THD is designed to dial in colour and saturation, while Virtual Gain can be used to add simulated noise independently to each channel, giving you an extra dose of analogue vibe.

Check out a teaser for Brainworx’s new plug-in below: