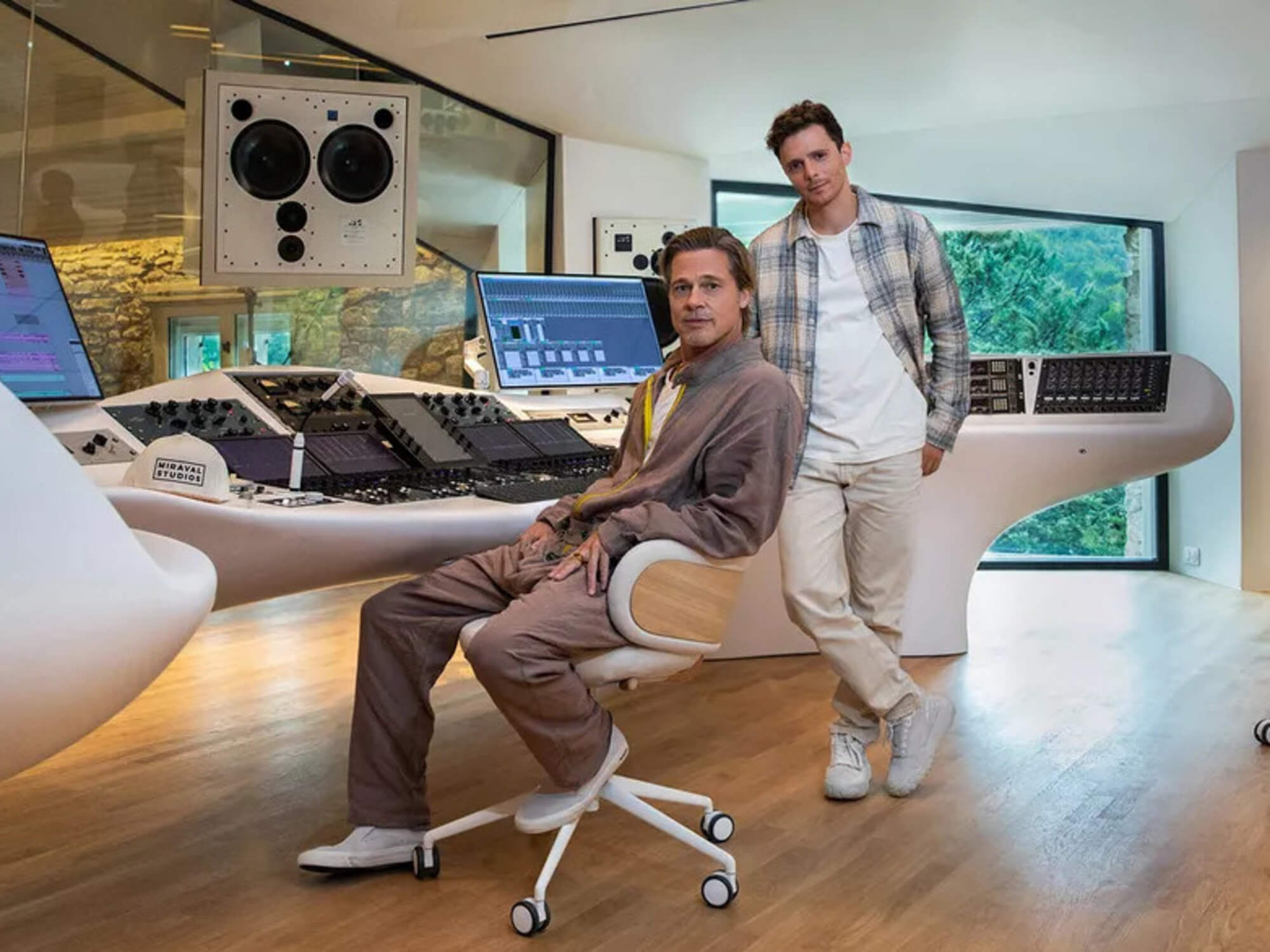 The legendary Miraval Studios has finally reopened its doors after a year of major renovations overseen by Brad Pitt and French producer Damien Quintard.

The revamped studio now boasts a mix of original gear — such as the SSL 4000 G+ console, on which many classic albums were recorded — along with modern features allowing artists to “produce anything from pop and rock to hip-hop and classical records.”

Notably, the studio is built around The Spaceship, a custom-made hybrid desk designed by Quintard and Pitt themselves. It also boasts the largest fully integrated Dolby Atmos Music system, and holds technology capable of handling pre-mixing for film and television.

With its 25-foot ceilings, Miraval’s main ‘Studio One’ features a 100-square-metre control room and 320-square-metre live room that conserves, in Quintard’s words, the “heritage of the quirky sound” of the iconic drum room pioneered by Jacques Loussier.

The live room also houses Loussier’s restored, 1860s-era Broadwood & Sons piano, a Bosendorfer piano from the 1980s, as well as synths from Moog, Roland and Solina.

According to Quintard, who was “very much inspired” by the way Billie Eilish and FINNEAS “keep on producing amazing tracks while mostly working in a very small room with a very small system”, consideration was given to those who want more of a ‘home studio’ experience at Miraval (via SPIN). Which is why the control room features a plug-and-play option for artists to record in Logic Pro or Ableton Live.

Other mouth-watering features include a mezzanine overlooking the entire studio, a 115-foot salt water swimming pool, and a rooftop offering a 360-degree view of the estate. There’s even a room housing Quintard’s collection of 170-odd microphones.

“There were always plans to revamp the studio,” Pitt told Billboard. “It has great historical provenance and so we didn’t want to do it until we could do something special.”

“As a French engineer, it was a holy grail,” Quintard said of the project, noting that “It was important for us to preserve all the analog technology that was here, but to also fully incorporate the best digital technology of today.”

“We’re not here to just build a new studio: We’re here to honour a legacy,” he added.

Located at Château Miraval, a French winery estate now co-owned by the Hollywood star, Miraval Studios was built and opened in 1977 by French pianist and composer Jacques Loussier.

At the time, rockstars like Pink Floyd, AC/DC and Sting would journey to the 900-acre property, where they would go on to create landmark records. The French studio famously hosted Pink Floyd’s The Wall sessions and witnessed the birth of Wham!’s Careless Whisper.

It has sat dormant since the early 2000s up till last year when Pitt and Quintard announced that they will be redesigning the space and opening it for use again.