“He would be very proud of this new incarnation named after him,” says longtime Bowie producer Tony Visconti. 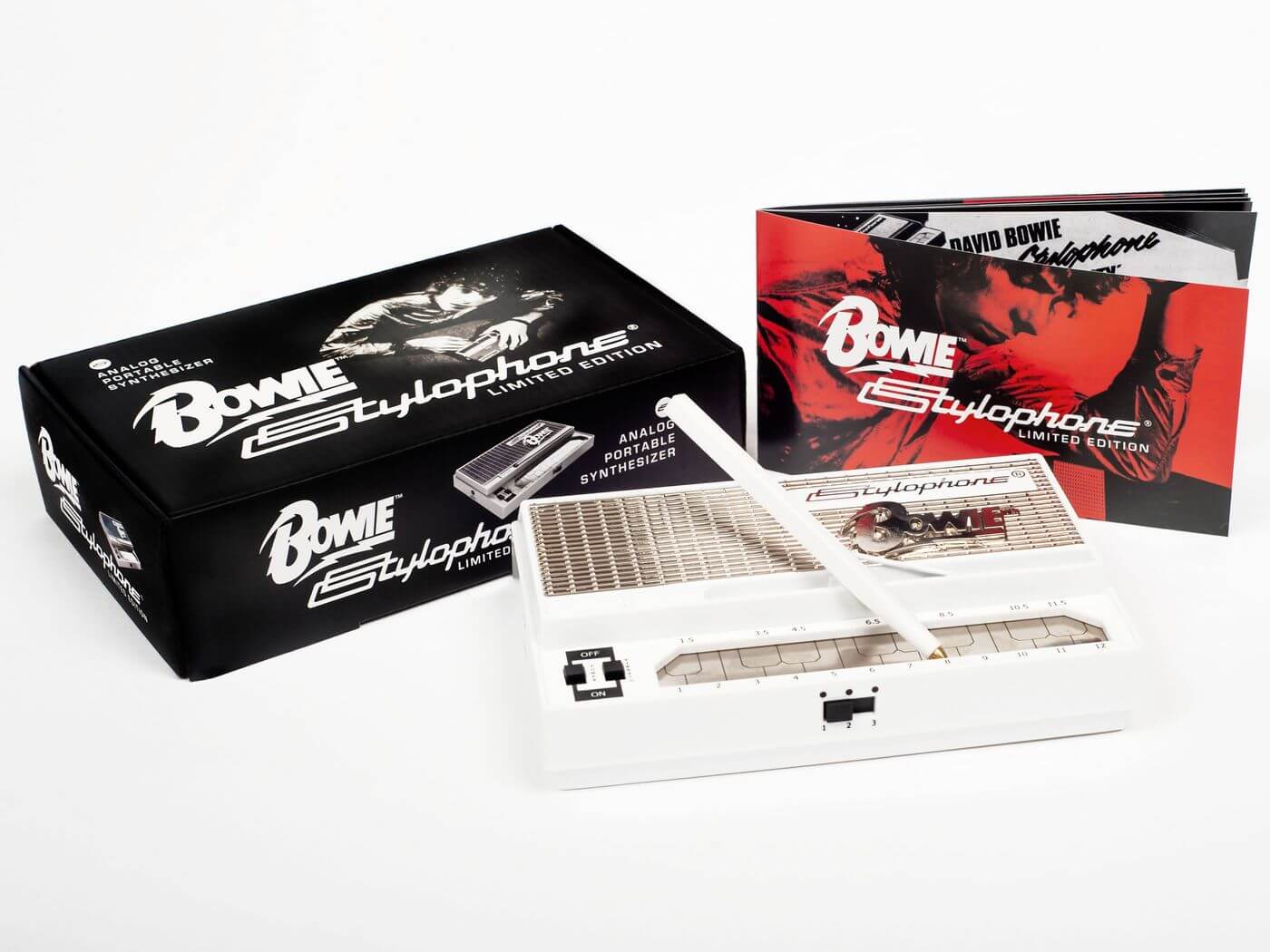 In 1969, David Bowie shook the world with his breakthrough single, Space Oddity, which made use of the Stylophone’s unique sound. The musician and the instrument have become intertwined, and that connection is now being celebrated with the Bowie Stylophone.

A collaboration between The David Bowie Archive and Dubreq, the British company behind the Stylophone, the Bowie Stylophone has also gotten the seal of approval from Bowie’s longtime collaborator, producer Tony Visconti, who has released a never-seen-before photo of Bowie from his private collection to celebrate the Bowie Stylophone.

Tony expressed just how much the instrument meant to Bowie, saying in a press statement, “He was one of the first to own one and to discover this new, quite radical way of making music. He immediately put it to work and wrote a song around the unique sound of the instrument, which was of course, Space Oddity.

“For many years to come Bowie and Stylophone were names that were matched in the same breath. He would be very proud of this new incarnation named after him.”

Bowie would continue to use the stylophone late into his career, incorporating the unique sound into the song Slip Away from his 2002 album, Heathen.

The limited edition Bowie Stylophone goes on sale on 17 September, and retails for £29.95/$39.95. All orders can be made on the Dubreq website.