The digitally-powered remakes of the RE-201 are said to emulate the original tape echo machine’s sounds and behaviours authentically. 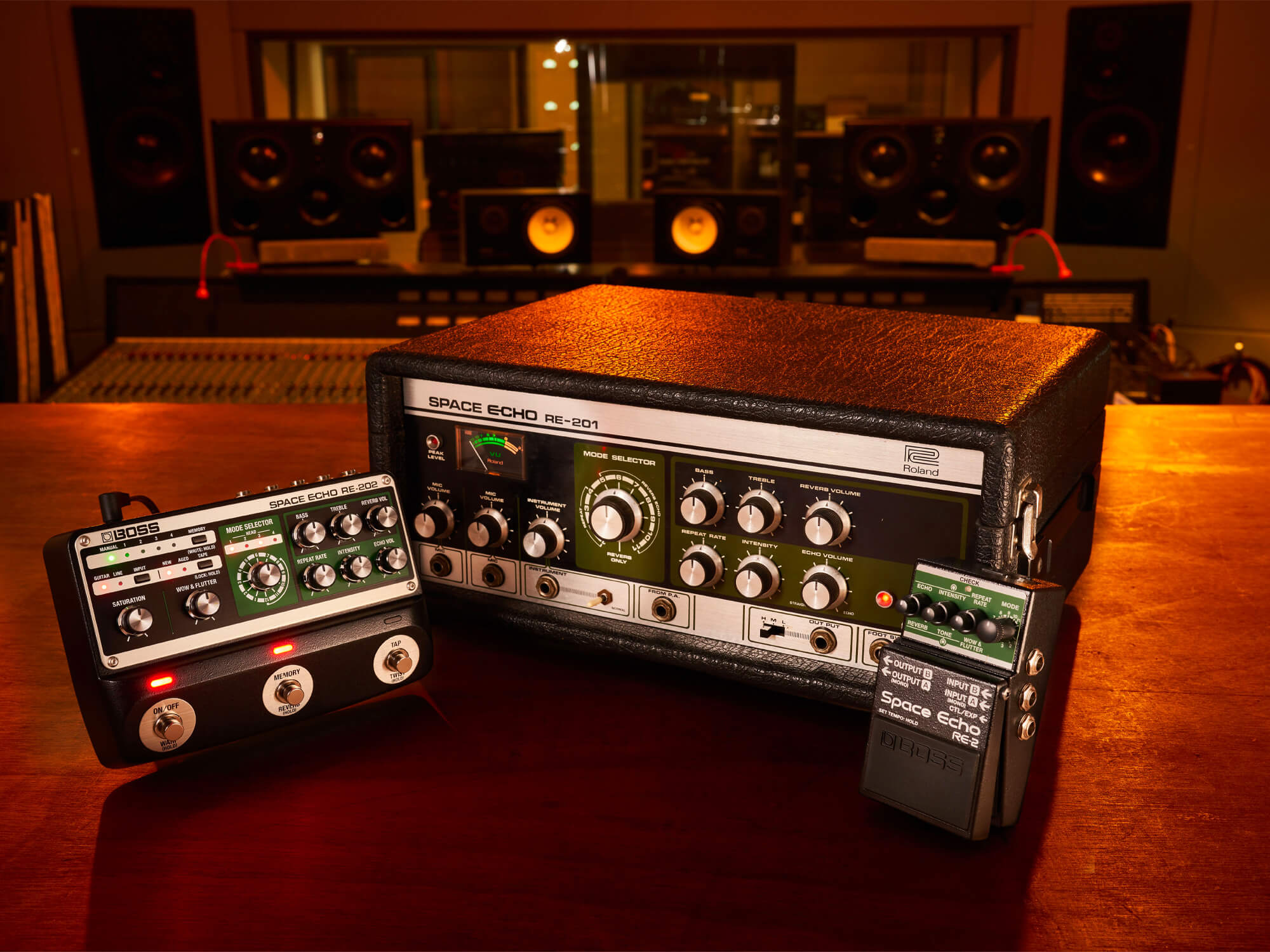 Guitar pedal giant Boss is reimagining the iconic Roland Space Echo RE-201 tape delay in the form of two stompboxes for guitar and other instruments.

The Space Echo is best-known for its distinct echoes, analogue preamp warmth and the sonic quirks you can achieve from manipulating the magnetic tape. Boss says that its latest pedals, the RE-202 and Re-2, were conceived with the intention of replicating the sounds and behaviours of the original in “flawless detail.”

The RE-202 digitally recreates the original magnetic tape echo machine digitally, foregoing the need for hardware maintenance. In terms of features, it’s said to offer everything the original could, along with some more modern features. There’s a 12-position mode selector, plus an additional virtual tape head for a greater variety of sounds. Meticulous attention was also paid to ensure that the Repeat Rate knob gives you the same pitch fluctuations you would expect if you were playing with the real thing.

Furthermore, the overall delay length on the RE-202 is double what the original could offer, and there’s also tap tempo, onboard presets, the option of engaging a virtual preamp or running completely dry, and true stereo I/O that accommodates guitars and other line-level signals.

For those seeking authentic Space Echo sounds in a smaller-footprint device, the RE-2 is a promising pick. It comes in the familiar Boss enclosure and offers an 11-position mode selector, three virtual tape heads (with or without spring reverb) and an echo-reverb blend with independent level controls. The unit also has stereo I/O, tap tempo and the ability to accept an expression pedal.