Boss brings back its Slicer effect on the SL-2 pedal

A quick way to add percussive textures to your synths and guitars. 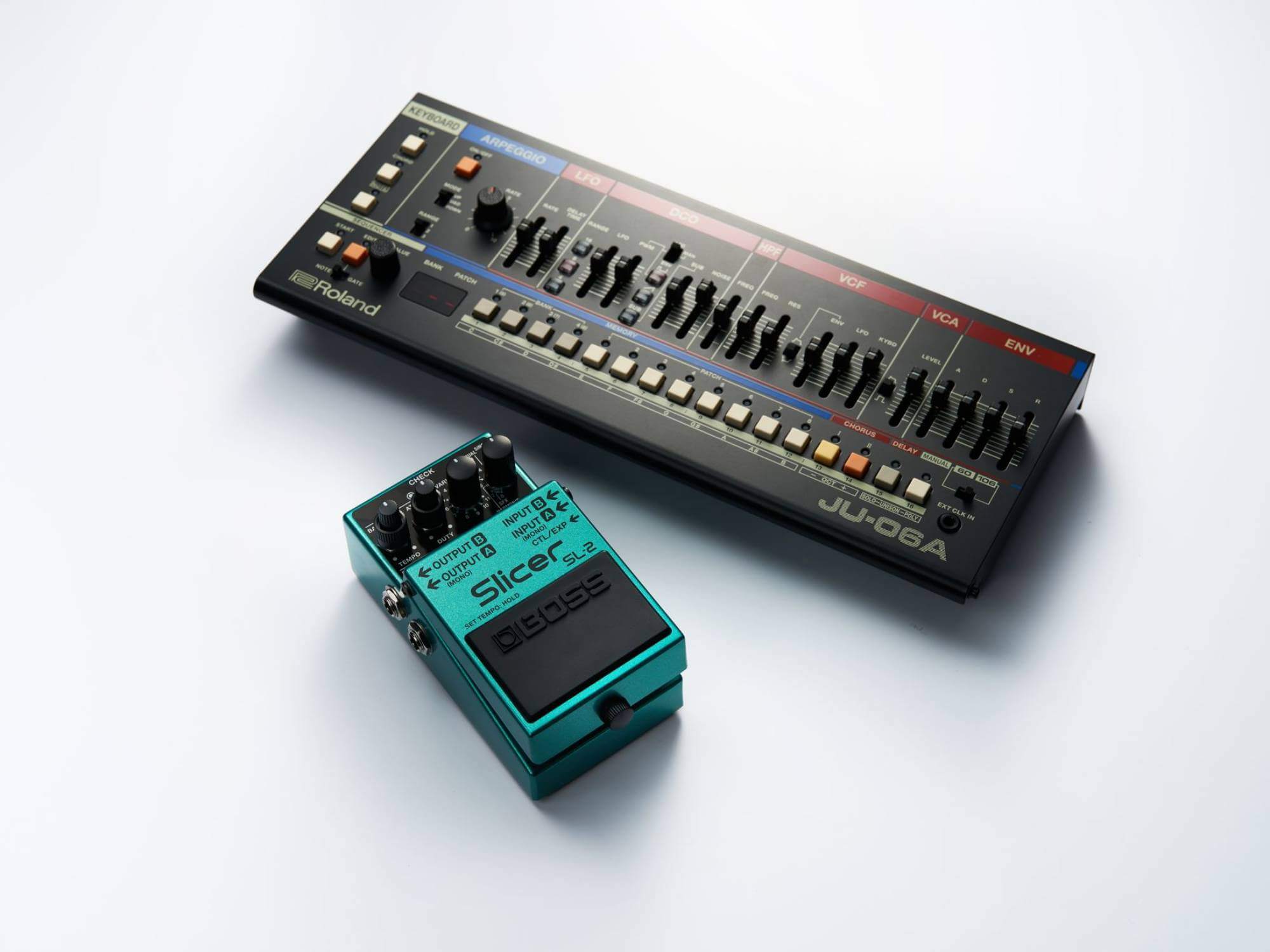 The Slicer effect which Boss first introduced in 2008 with the SL-20 dual pedal has returned in a more compact form with the SL-2.

Boss’ Slicer chops up incoming signals and fleshes out each particle with attacks of varying character for percussive, musical results. On the new SL-2, there are 88 onboard memories to choose from, categorised by eight different pattern types.

The SL-2’s controls include Attack and Duty knobs for adjusting effect waveforms, letting you get hard percussive chops, soft fluttery tones and everything in between. You can set the tempo with a dedicated knob, tap tempo, or from an external MIDI clock. The balance knob lets you adjust the dry-wet mix of the effect.

The pedal operates in both mono and stereo – for the latter operation, there are seven output modes to choose from. “Players can surround listeners in animated movement using a variety of stereo and 3D processing options, and it’s also possible to send direct and effect sounds to different destinations,” says Boss in a press release.

And for integrating the SL-2 into your rig, TRS MIDI lets you sync up with external gear through MIDI CC messages. Connecting an external footswitch gives you immediate access over tap tempo, or you could set the effect to operate on a momentary basis. With the Boss Tone Studio application, you can also audition, load alternative patterns and organise their SL-2 memory banks. The pedal interfaces with computers by USB.

Although it fits within a standard, compact Boss enclosure, the SL-2 is said to house a more advanced engine than the original SL-20 did with its dual-pedal format.