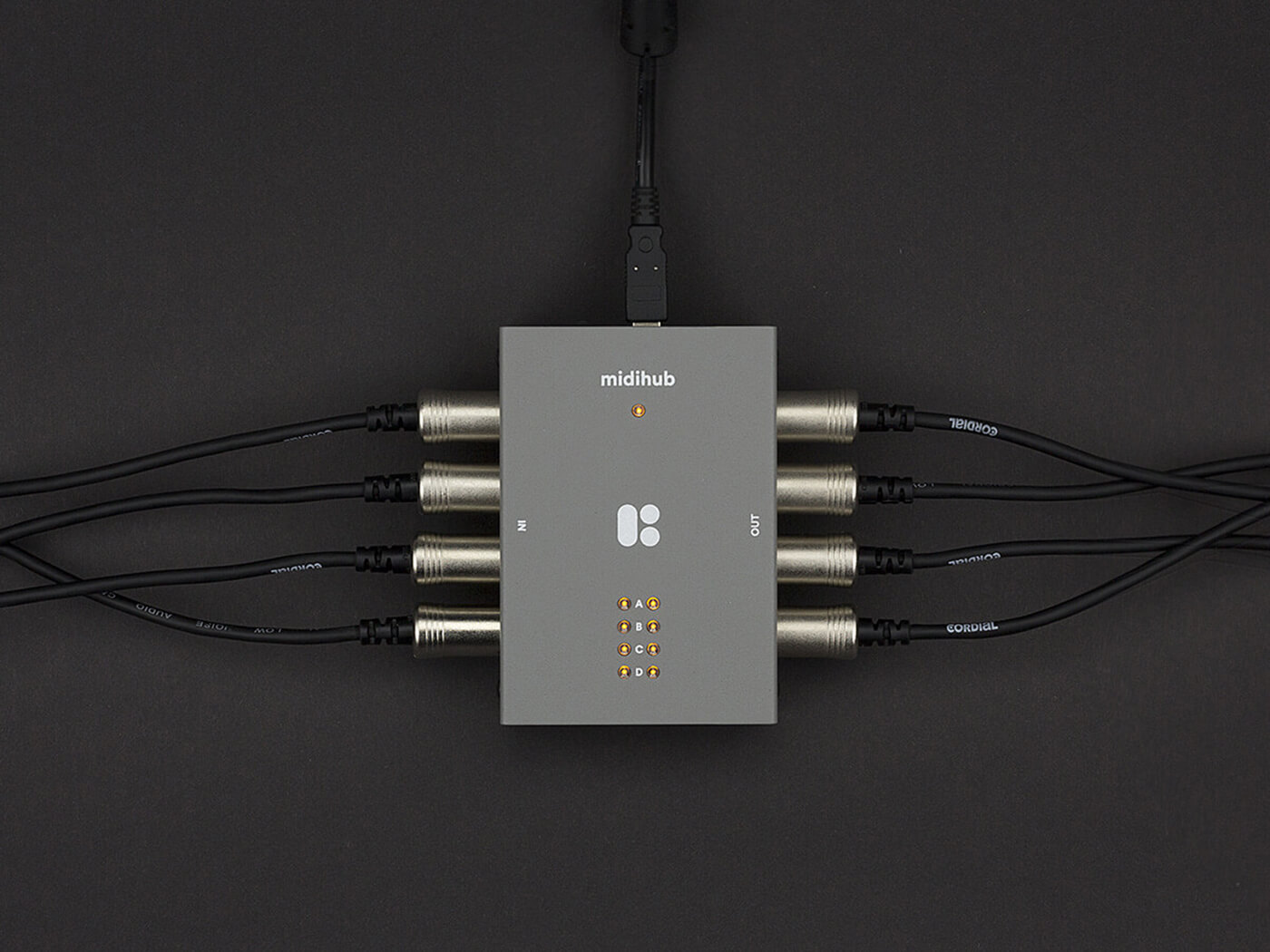 Central to Midihub are “pipes”, which the company likens to MIDI effects. Pipes can be combined within Midihub’s companion software editor, which features a flexible, drag-and-drop I/O matrix.

Different combinations will instruct the device to process MIDI messages in unique ways. You can, for example, split MIDI messages coming from your MIDI keyboard by octaves, controlling two or more different synths in the process. Other potential usages include creating unusual chords from single MIDI notes, or sending distinct divisions of the master MIDI clock to other devices.

Here’s the punchline: once you’re settled on a programmed route, you can enjoy custom MIDI processing without the need of a computer.

In terms of I/O, Midihub sports four MIDI inputs, four MIDI outputs as well as a USB port. There are also eight onboard presets that you can toggle via dedicated buttons.

Here’s an introduction to Midihub:

Blokas will conduct the pre-ordering for Midihub in a crowdfunding format. To find out more about the purchasing options, head over to blokas.io.