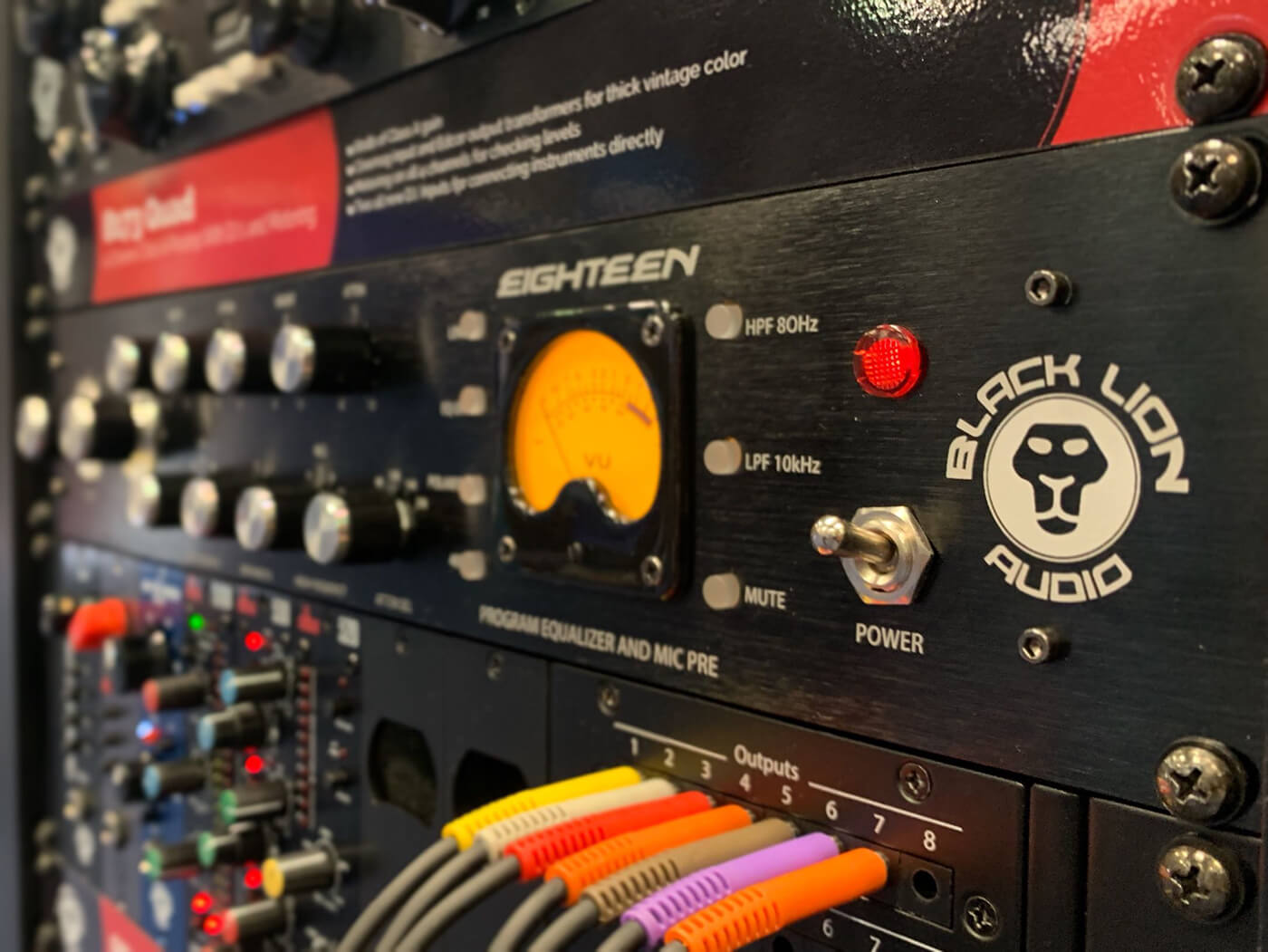 Boutique audio company, Black Lion Audio return with Eighteen, another audio module inspired by classic hardware. Following from the success of its Seventeen compressor released earlier this year, Eighteen is a mic preamp and EQ that pays homage to the Melcor op-amp sound.

Black Lion Audio note that the channel strip’s preamplifier circuit is not a clone but an homage, paying tribute to “one of the most classic designs in the world”, a spokesperson said. The module features a mic preamp with Cinemag input and output transformers, and two BLA1831 op-amps, plus a passive program EQ with a custom Cinemag inductor.

The BLA1831 is a customised discrete op-amp designed by Black Lion Audio. It has been designed with the aid of extensive component testing, in an effort to provide great vintage tone, while still standing strong against modern gear.

Eighteen can be described as “having a punchy midrange with a buttery-smooth top and bottom end”, according to Black Lion Audio. The module is made to be an ultra-flexible equaliser that both pro audio veterans and newbies will appreciate, saying it “packs all of the vibe of anyone’s favourite program-style EQs”.

All of Black Lion Audio’s designs, engineering, assembly and testing of each unit all takes place in the USA. Eighteen is expected to ship before the end of January 2020, with a price of $899 USD.