We’ve chosen six of our favourite synths from the countless that were on show at NAMM. 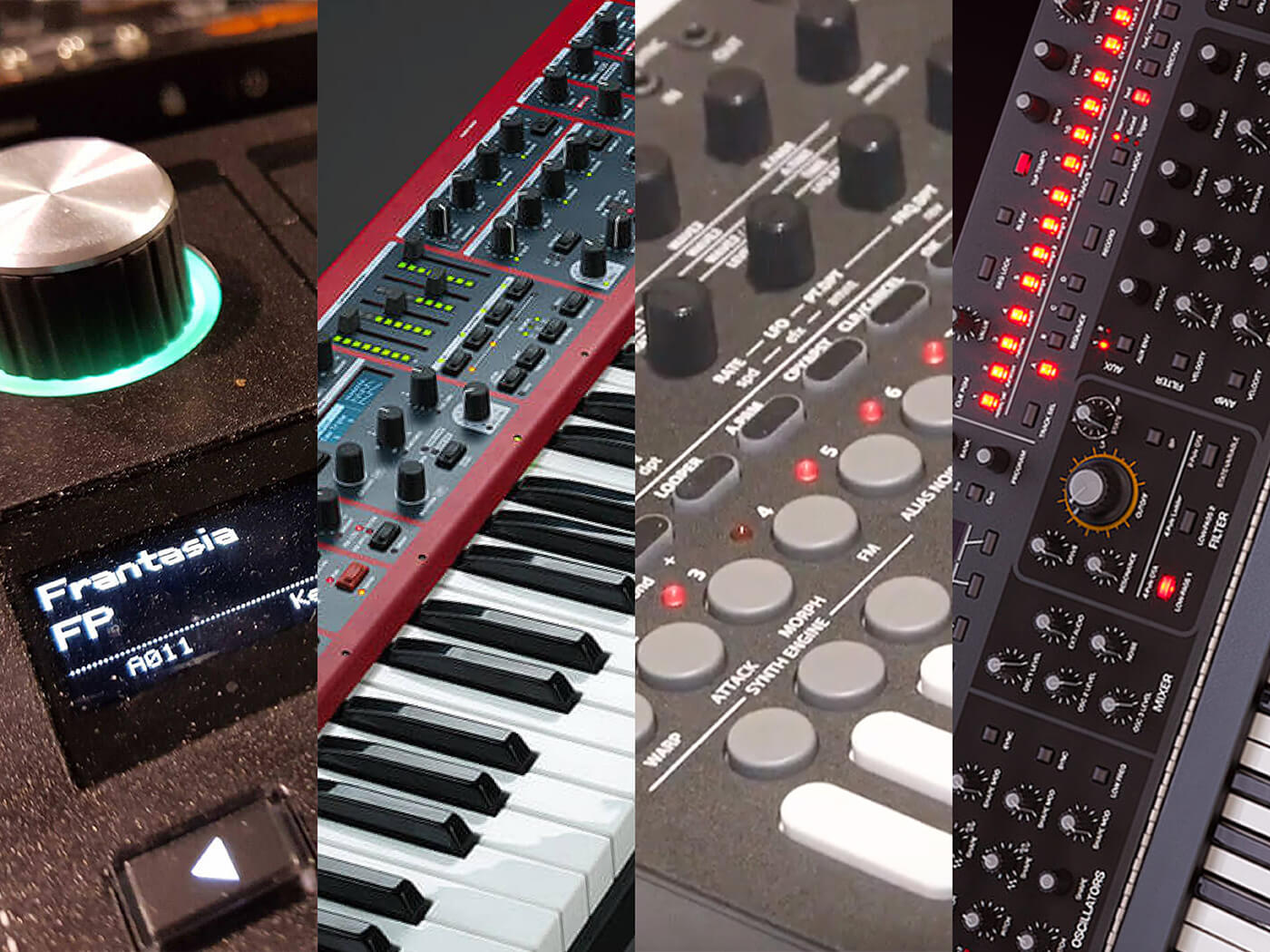 NAMM 2020: If you’ve been to the NAMM Show, or followed the online journeys of some attendees, you’ll notice something pretty obvious; there’s a lot of guitars, a lot of gear, a lot of companies, and a lot of synths. Indeed, that’s the concept of the NAMM Show in a nutshell – but of all the synths on show, which ones were the crème de la crème this year? Here’s the six synths that caught our eye, in no particular order.

Sequential was previously known as Dave Smith Instruments, so having Dave Smith give us a walkthrough of the new Pro-3 meant we were truly seeing an accurate representation of its power. Combining elements of vintage and modern synthesis, the beastly paraphonic synth dons three oscillators; two VCOs with waveshaping and a third digital wavetable oscillator, all then run through three analogue filters.

The intuitive 16 track sequencer is capable of programming up to 64 steps, with swing, tie and reverse functionalities, plus the ability to apply parameter automation across the sequence. You can also hook this up to other devices with the Pro-3’s CV outputs. The real action with the sequencer begins at the 8:30 mark on our video above – check it out for yourself.

Touted by Nord as the “most powerful Nord keyboard yet”, the Wave 2 is home to four independent synth engines; a Virtual Analogue, Samples, Wavetable and FM engine, each with a collection of parameters for full control and manipulation. The engines can be altered individually, or grouped into one layer to create huge, complex sounds. Wave 2 features a generous amount of modulation sources, including an Impulse Morph button allowing for instant altering of parameters.

Whilst the Wave 2 is capable of creating deep, evolving and thick tones, one thing that we would have loved to see is larger onboard memory. It comes out the box with 1GB RAM, which for a sampler instrument in 2020 could have been more expansive. It must be said, however, that limitations have been known to spawn impressive creative ideas.

A spokesperson for Korg at NAMM boldly claimed that the Wavestate can be used as a “film scoring machine”. But, after spending some time with Korg’s new instrument, there is a fair argument to be made for its cinematic abilities. Using vector synthesis and Korg’s Wave Sequencing 2.0 technology, it’s possible to take parameter editing to a new level, using loops to create unpredictable, ever-evolving textures with LFOs, envelopes and more.

Wavestate’s sample library is said by Korg to be “more than a thousand times larger than that of the original Wavestation”. 64 stereo voices can be played simultaneously, with Korg’s proprietary anti-aliasing sample playback technology to maintain clarity. We loved the weird and wonderful sounds that came out of Korg’s new machine and the added bonus is the affordable price tag. The response from the synth community has been positive too, so we look forward to seeing what creations come to fruition when this hits the shelves.

Tokyo-based synth maker, Sonicware, showed off its newcomer at NAMM – Liven 8bit Warps. Currently available through its Kickstarter campaign, 8bit Warps extracts tech from the larger ELZ-1 released last year and features a built-in step sequencer, four-voice synth engine, effects section and parameter locks for each step. You can also hook this up to other devices in your studio with MIDI, sync I/O and stereo audio line outs.

Of course, we must acknowledge the main selling point of Liven 8bit Warps – the 8-bit sounds. The chiptune-esque tones run through a two-pole filter with a dedicated LFO. All of this means that 8bit Warps is capable of creating more than the 8-bit noises heard from a retro Game Boy and at an attractive price of $199, this is sure to be desirable for many synth lovers as it nears its release.

Ashun Sound Machine’s HydraSynth is no stranger to the synth community, making waves in the music tech world in Fall 2019. The polysynth has eight voices that each feature three oscillators, with 219 waveforms to choose from, which you can put into different slots and morph together. HydraSynth’s modulation options are seemingly endless, with a modulation matrix that is home to 32 modulation slots where you can save your preferred routing settings.

When we heard that ASM had given the synth spectacle an update, we rushed over to the booth to find out what was new and we weren’t disappointed. Newly available is 128 new preset patches, with tones more akin to vintage synths, plus a brand new Warm mode that offers a less digital sounding patch, rounding off high frequencies and boosting some of the lower ‘warm’ frequencies. To top it off, HydraSynth now accepts MIDI MPE data, allowing more room for expression when using MPE controllers. We can’t wait to get our hands on ASM’s pride and joy.

Another synth that had us all talking recently was the binaural, polyphonic UDO Super 6, which is said by the brand to be available fairly soon. UDO showcased a finished instrument at NAMM 2020, with some updates that are worth taking heed of. The 12-voice analogue-hybrid synth is capable of some massive sounds thanks to its ‘super-wave technology’, envelope generators and range of effects.

One of the more interesting introductions is a third LFO that can be used as a third oscillator, for highly resonant and evolving sounds. With newly added waveshapes, looping envelopes, modulation matrix and expanded effects section, UDO has done well to get us even more excited for Super 6’s release.