The $49 mini-synth is said to feature the same chip designs of the Oberheim Matrix 6 and 1000. 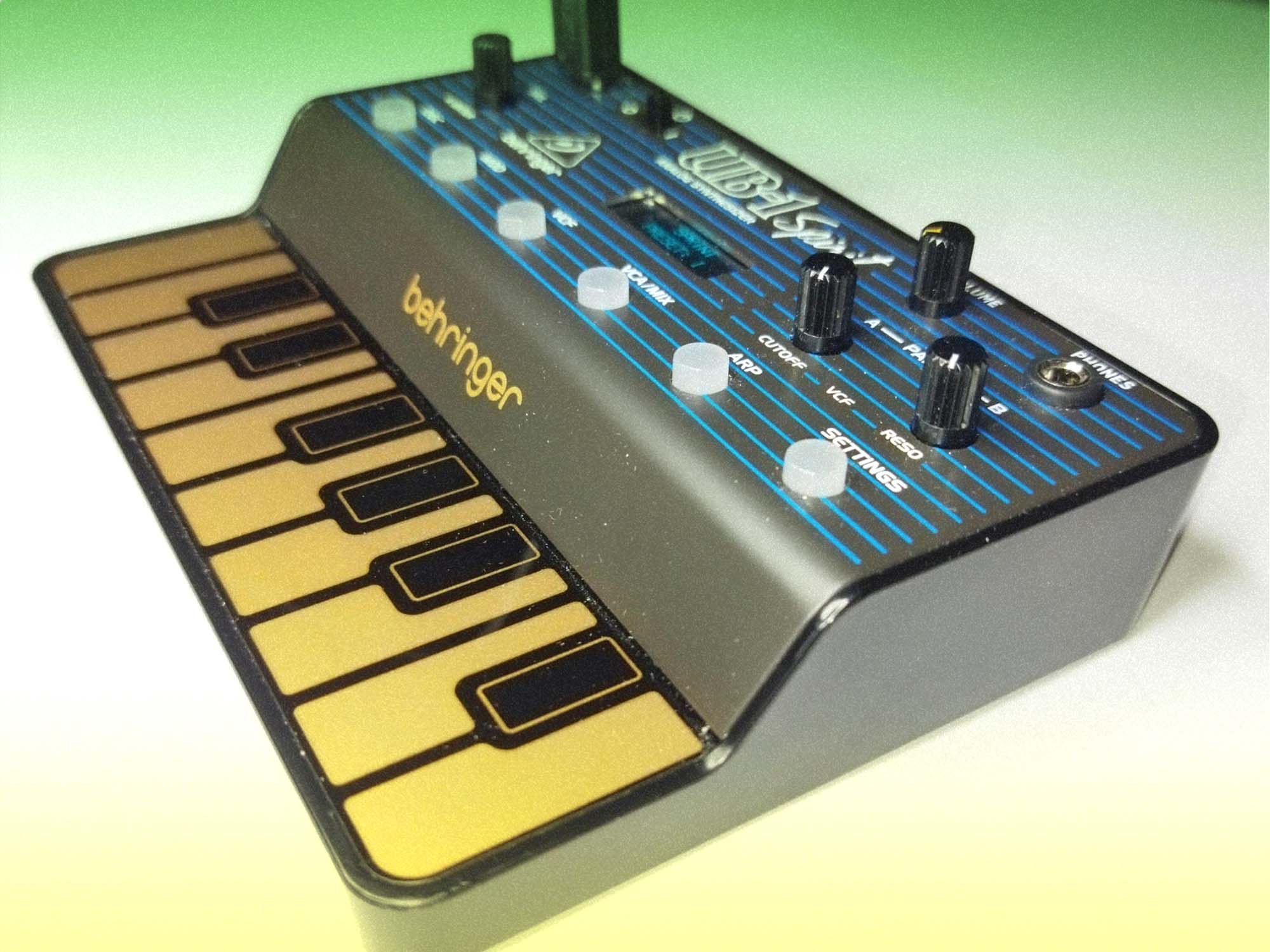 Just when you thought Behringer was finished announcing its upcoming products, the brand returns with yet another mini-synth, the UB-1, which is based on the Oberheim OB-Xa.

The portable analogue synth – which can be bus-powered by a smartphone, power bank or computer – is said to feature the same 3396/3397 chips found in the Oberheim Matrix 6 and 1000.

The Behringer UB-1 has two analogue oscillators, a classic four-pole filter, a built-in arpeggiator with three patterns and a hold function, as well as individual envelopes for both the VCF and VCA.

Two LFOs let you modulate sound sources and add movement to your sounds, and there’s a 16-note touch keyboard built into the unit for instant playability. Otherwise, you could connect the UB-1 to an external MIDI controller.

Onboard, you’ll also be able to store up to 32 memory presets, and even more if you link up the mini-synth to the SynthTribe app.

Said the brand about the affordably priced new synth: “Uli [Behringer] passionately believes in empowering everyone by providing access to great sounding musical instruments, especially for kids, so they can start a lifelong love affair with electronic music and sound synthesis.”

Posted by Behringer on Wednesday, March 2, 2022

According to Behringer, the UB-1 has been fully developed and is just awaiting the chips it needs to be shipped out. It’s priced at $49.

The UB-1 is the fourth mini-synth Behringer has introduced just over the last week. Though none are available for immediate purchase just yet, the brand also announced the PRO-VS, Saturn and JP-4000, which are based on the classic Sequential Prophet VS, Roland Jupiter and JP-8000, respectively.

Yesterday (2 March), Behringer also announced two new semi-modular systems: the Proton, an update to its own Neutron, as well as the Toro, a reproduction of the Moog Taurus V1 bass synth.

Meanwhile, Behringer has still yet to announce a launch date for the UB-xa