Behringer “clones” itself with the semi-modular Proton, an evolution of the Neutron

The Neutron successor will be offered at the same price of $249. 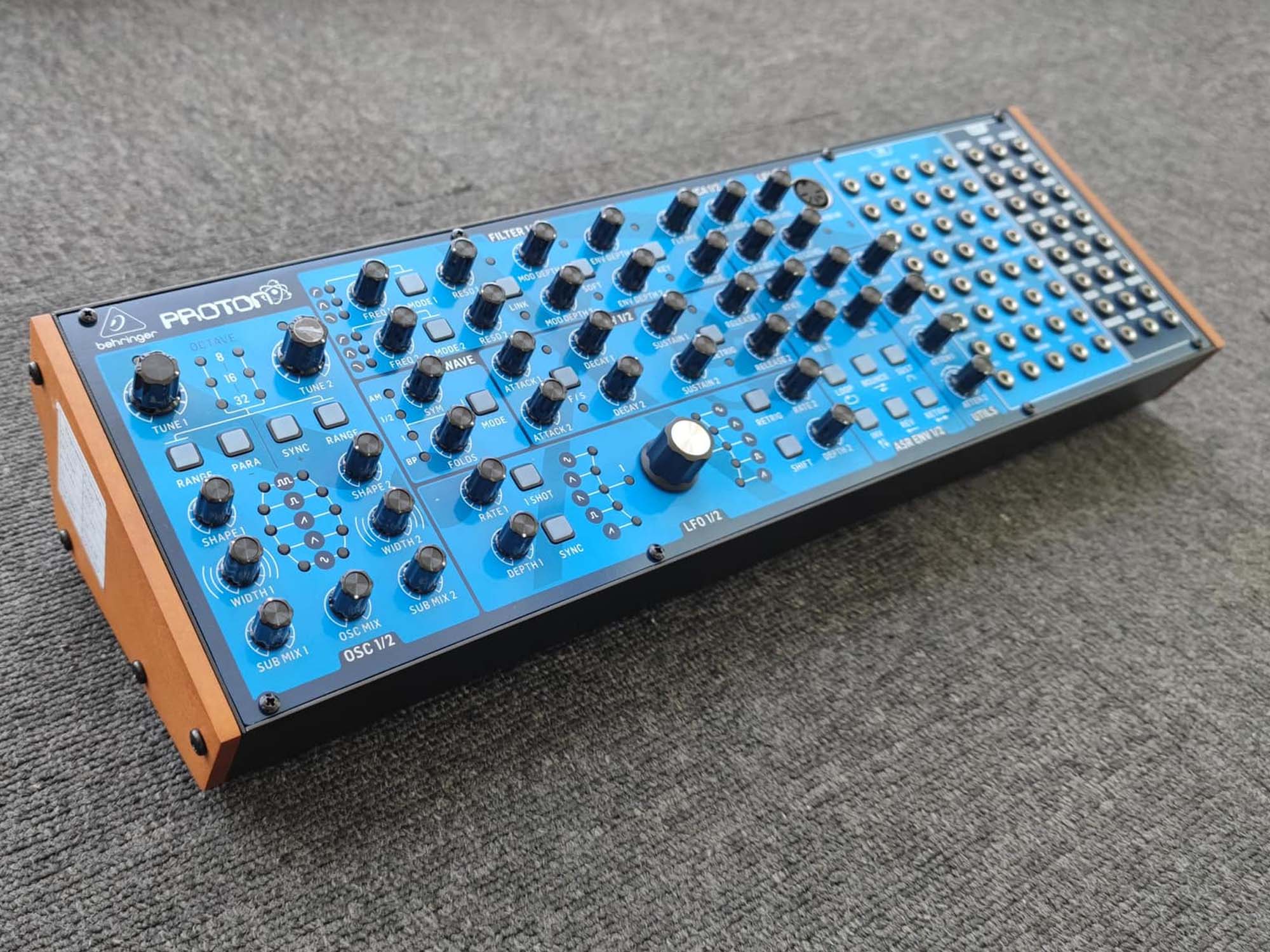 Behringer has announced an evolution of one of its own synths with the Proton, which updates the Neutron with enough new features for the brand to dub it “the most powerful and complex semi-modular synth ever designed” – a pretty bold statement, to say the least.

Proton, described as “like having several synthesizers in one casing” features dual analogue oscillators with five blendable waveforms, along with self-oscillating, multi-mode filters that you can run in series or parallel. It also has independent sub oscillators and a (rather massive) 64-point patch bay.

The system also supports paraphonic play modes, two ASR envelopes, two ADSR generators for modulating VCFs and a noise generator for further waveform generation. In total, the rather complex synth features 68 controls with which to shape your sound and perform.

Proton is also MIDI compatible with voice priority selection and can be fitted into a standard Eurorack case, meaning it can join the rest of your setup if you’re already into modular systems. Otherwise, it’s perfectly capable of functioning as an instrument by itself.

Learn more about Proton from Behringer’s announcement on Facebook below:

This time we had to clone ourselves…With the Neutron, we designed one of the most beautiful and inspiring…

According to Behringer, Proton is “production-ready” and will be shipping as soon as the brand receives the chips it needs. Its price tag stays the same as the original Neutron at $299.

The synth is just one of several products Behringer has announced over the last week. The brand also announced a trio of compact synths, the PRO VS, Saturn and JP-4000, which are said to be inspired by the Sequential Prophet VS, Roland Jupiter and JP-8000, respectively. All three were priced affordably under $100. As with the Proton, there is currently no concrete shipping date, though we expect that more info will arrive when Behringer receives more parts.