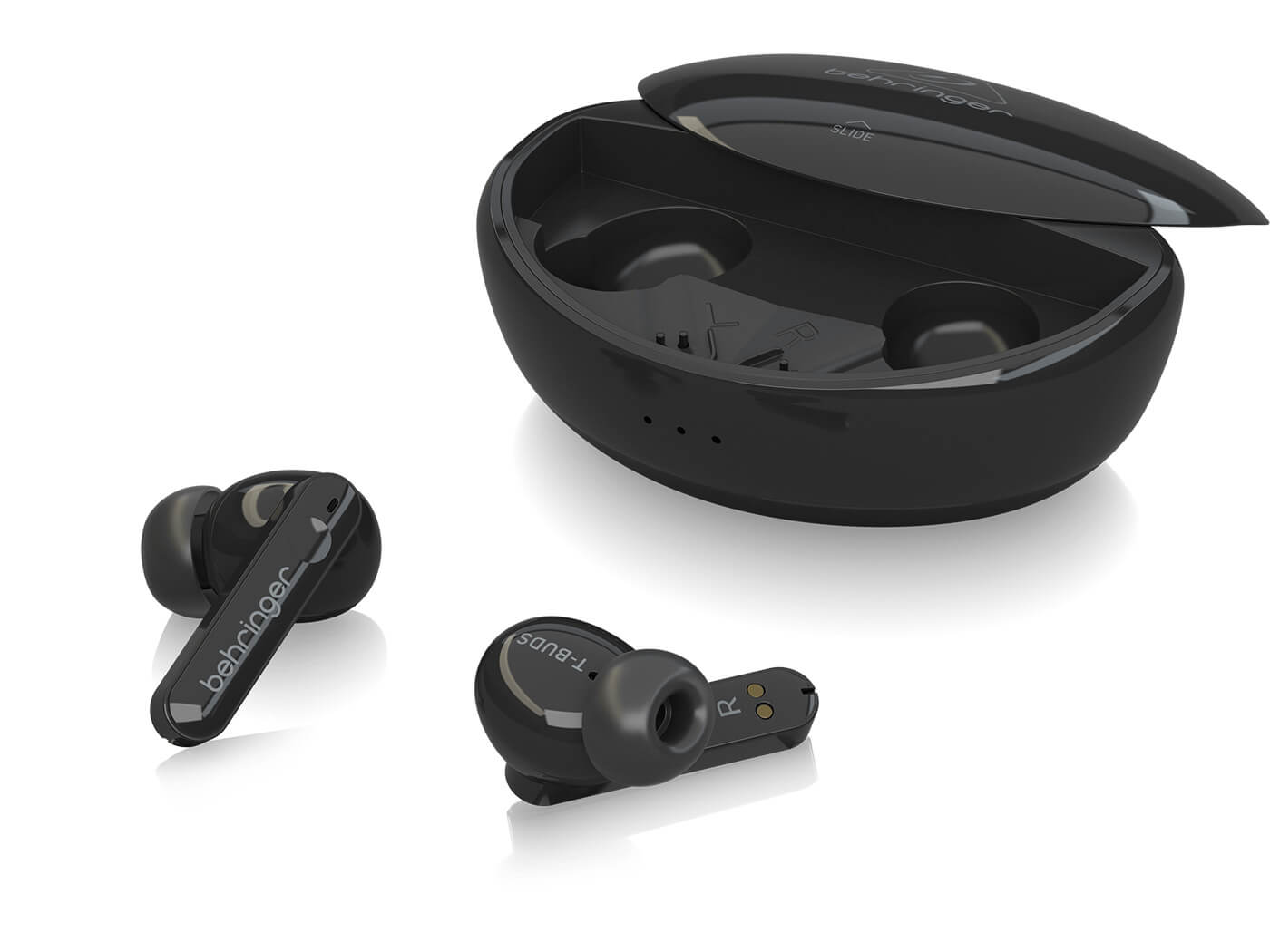 Behringer has unveiled its new T-Buds, a pair of wireless earbuds that promise high-fidelity audio at an extremely low price.

The audio manufacturer is infamous for creating products inspired by other brands – its upcoming LinnDrum clone is a recent example of that. With earbuds, it’s a little tougher to “chase analogue ghosts”, as it once said on Facebook. Instead, it seems like Behringer has taken some inspiration from one of the top-selling earbud manufacturers of recent years – Apple.

The T-Buds aren’t far off the design of the AirPods Pro, albeit sporting a sleek black finish and a larger bud case. Behringer’s ‘buds come with three sizes of silicon earbuds for users to find the most comfortable fit.

Most notably, the T-Buds will sport active noise cancelling (ANC), as is commonplace in earbuds from high-profile brands such as Apple, Google, Sony, Soundcore and more. There’s also a Transparent mode, which lets a little more environmental noise in to keep users aware of their surroundings.

Behringer’s trailer video says that the T-Buds will boast a “wide frequency response” of 20Hz to 20kHz, “delivering full bass and detailed highs”. They feature Bluetooth 5.0 true wireless technology for “exceptional sound quality with up to 10m (33ft) of wireless freedom”. In addition, they can be used to control your smartphone with “seamless phone, voice commands, volume and music via touch control”.

T-Buds’ will allow four hours of music playback, with a charging case that will provide 12 hours extra playback on a single charge.

According to Behringer, the T-Buds will come at a low price of $39. This is far less than the price of a pair of AirPods Pro or Sony WF-1000XM4. Whether the quality of the T-Buds is comparable remains to be seen.