Behringer passes Go and lists the MonoPoly for just $699

Get your hands on a modern-day Mono/Poly. 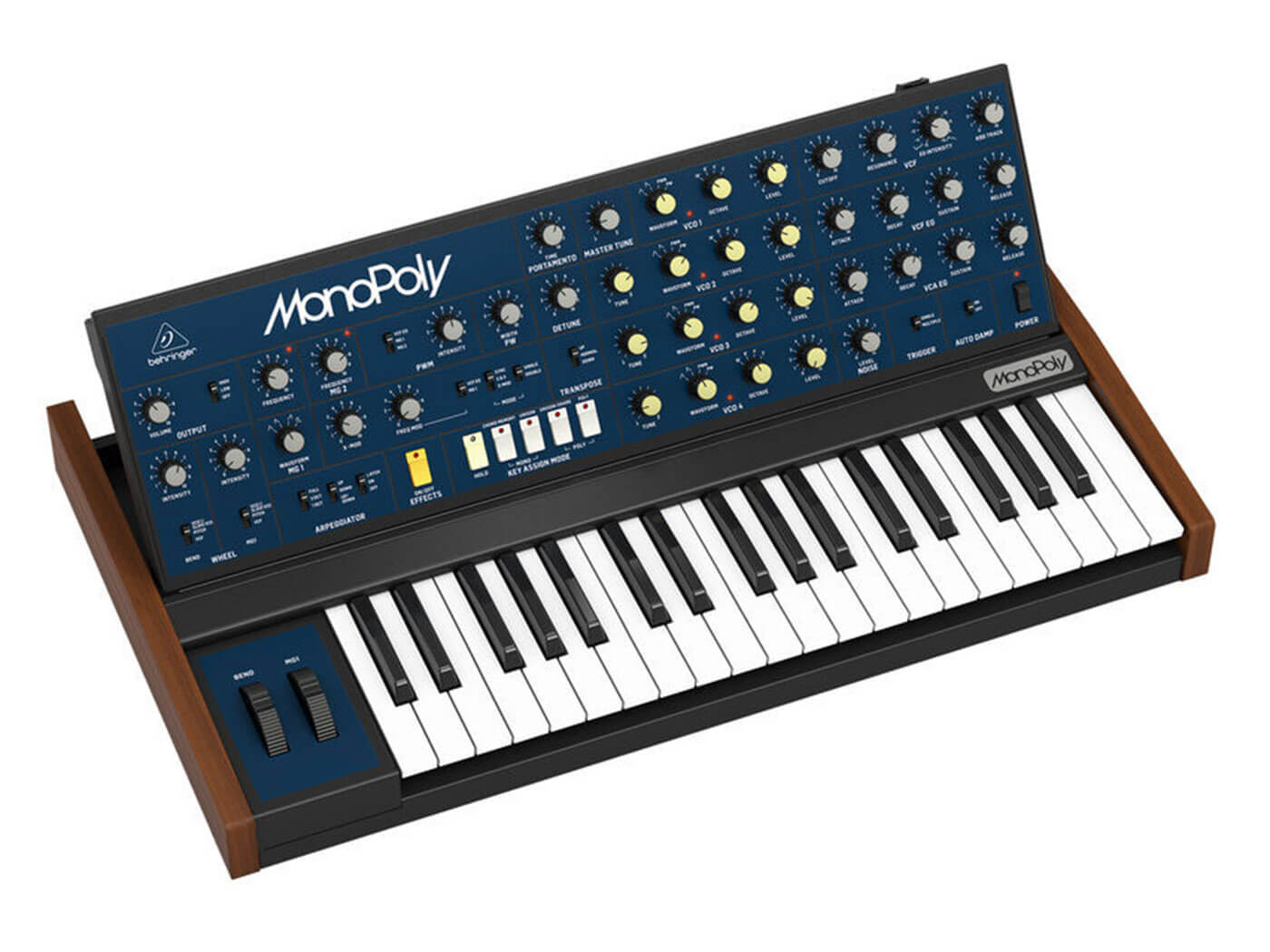 Five months after its initial announcement of the MonoPoly, Behringer has opened pre-orders for the synth with a low price tag of $699. The synth is, of course, Behringer’s rendition of the revered Korg Mono/Poly, first released in the 80s and heard on tracks by Depeche Mode, Vince Clarke, MGMT and Tycho.

In a Facebook post, Behringer explained that the MonoPoly stays faithful to the original with its analogue circuitry, four VCOs and flexible key modes for “monophonic, duophonic and four-voice polyphonic playing styles”. As with the Poly D, the four-voice polyphony is better referred to as paraphony due to the four voices running through a singular signal path.

The MonoPoly has 37 semi-weighted keys with velocity functionality, with a pitch bend wheel and modulation wheel. A Chord Memory function allows you to recall chords you’ve saved. Pulsewidth modulation and detuning are featured on the MonoPoly, with an effects section nearby to achieve cross-modulation and oscillator sync.

The Mono/Poly’s revered arpeggiator is built into Behringer’s MonoPoly, including the Latch mode switch with Up/Down and octave selections.

For a price of €699 or £645, this could be a bargain for those looking to add the power of a Mono/Poly to their setup.

Find out more and pre-order the Behringer MonoPoly from thomann.de