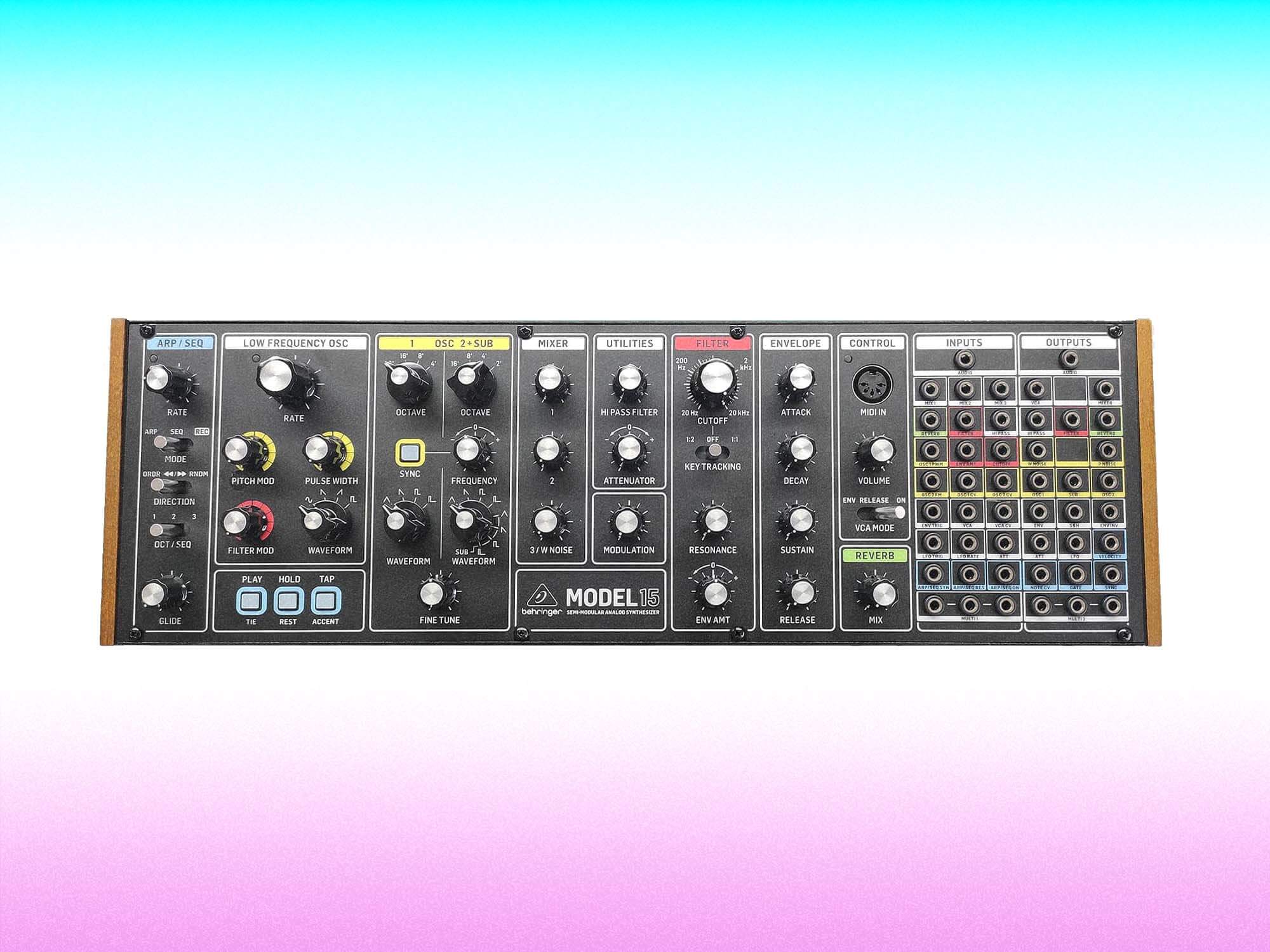 Behringer’s latest announcement for Eurorack this month is the Model 15, which judging from its looks alone, you might have already guessed draws from Moog sensibilities.

The $299 semi-modular system gives you two oscillators with four selectable waveforms, a sub-oscillator, oscillator sync and pulse-width modulation. There’s a vintage-minded ladder filter inspired by Moog classic design, along with a high-pass filter, as well.

In the modulation section, there’s a multi-wave analogue LFO with four selectable waveforms routed to pitch, filter and pulse-width modulation. You can also patch these out to other systems through the 48-point patch bay.

There’s also a step sequencer with three memory slots, each allotted 256 steps. You also get key transpose, an arpeggiator with hold function and multiple playback modes.

In total the Behringer Model 15 includes 37 controls that are said to “give you direct and real-time access to all important parameters” you’ll need. On top of that, the synth also includes comprehensive MIDI with voice priority.

As Behringer has yet to share any demos of the numerous synths announced over the last week, it’s still much too early to say how closely the Model 15 can compare to its inspiration. Design-wise, the coloured sections bring to mind the Moog Grandmother synth.

Behringer says that the Model 15 is fully developed, but isn’t shipping until it receives the chips it needs. When that will be is still anyone’s guess.

Last week, Behringer announced the 2-XM, a Eurorack unit inspired by the Oberheim Two-Voice for $299. Along with that, the brand announced a slew of mini synths based on classics such as the Sequential Prophet VS, Roland Jupiter and JP-8000, Oberheim OB-Xa and Moog MiniMoog Model D.