Behringer’s LinnDrum-inspired sequencer, the LMDrum, is finally headed for testing

The company shared new photos of the device, over two years after announcing the development. 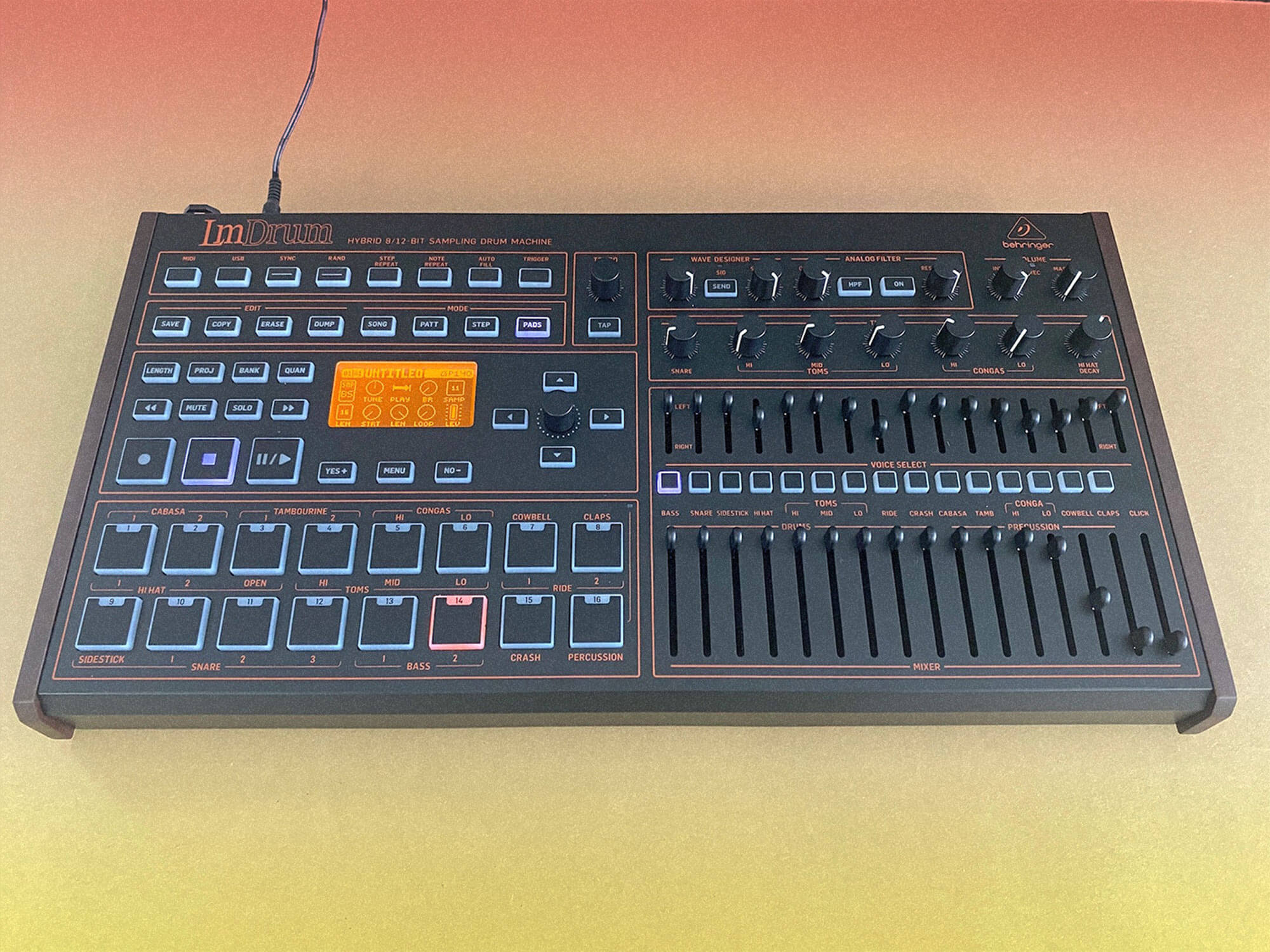 Of the seemingly unlimited list of new developments being pursued by Behringer, the highly-awaited LMDrum seems to have made it to the top, with the brand taking to social media to announce that the final prototype is now complete and ready to into the testing stage.

Now over two years since the company first raised the possibility of creating a clone of the original LinnDrum, the more-affordable successor to the LM-1, Behringer has finally taken to social media to confirm that the development of the unit is near completion.

“Our LM DRUM final prototype is ready for testing,” the company wrote on its Facebook page before opening the comment section up to hear feedback from users. “We’re super excited about this machine. What do you think?”

Based on the first images shared of the unit last year, it became apparent that the LM Drum will not be a direct clone of its 1982 source of inspiration. This still seems to be the case as the new launch sports different buttons, a display panel and the Wave Designer and Analog Filter, which seem to have been taken directly from the RD-8 and RD-9 models.

As previously speculated, the upcoming LM Drum machine will allow for samples to be imported and edited via the presence of a waveform. Behringer confirmed this sampling ability in the post’s comment section, explaining to a Facebook user that importing sampling is “absolutely possible”.

In addition to announcing the update on the upcoming unit, Behringer also used the Facebook post to promote their competition. For this, users are encouraged to share their ideas and participate in activities on a Facebook group called the Synthesizer and Drums Behringer Music Tribe to be in with a chance of winning free gear from the company.

As for further updates on the LM Drum machine, the brand is yet to announce any other information regarding the item’s price or shipping date. That being said, it is expected that once available, the unit will come at a relatively affordable price, with many of its recent reproductions becoming available for a fraction of the original.