The announcement of the affordable compact synth comes hot on the heels of that of Behringer’s PRO-VS. 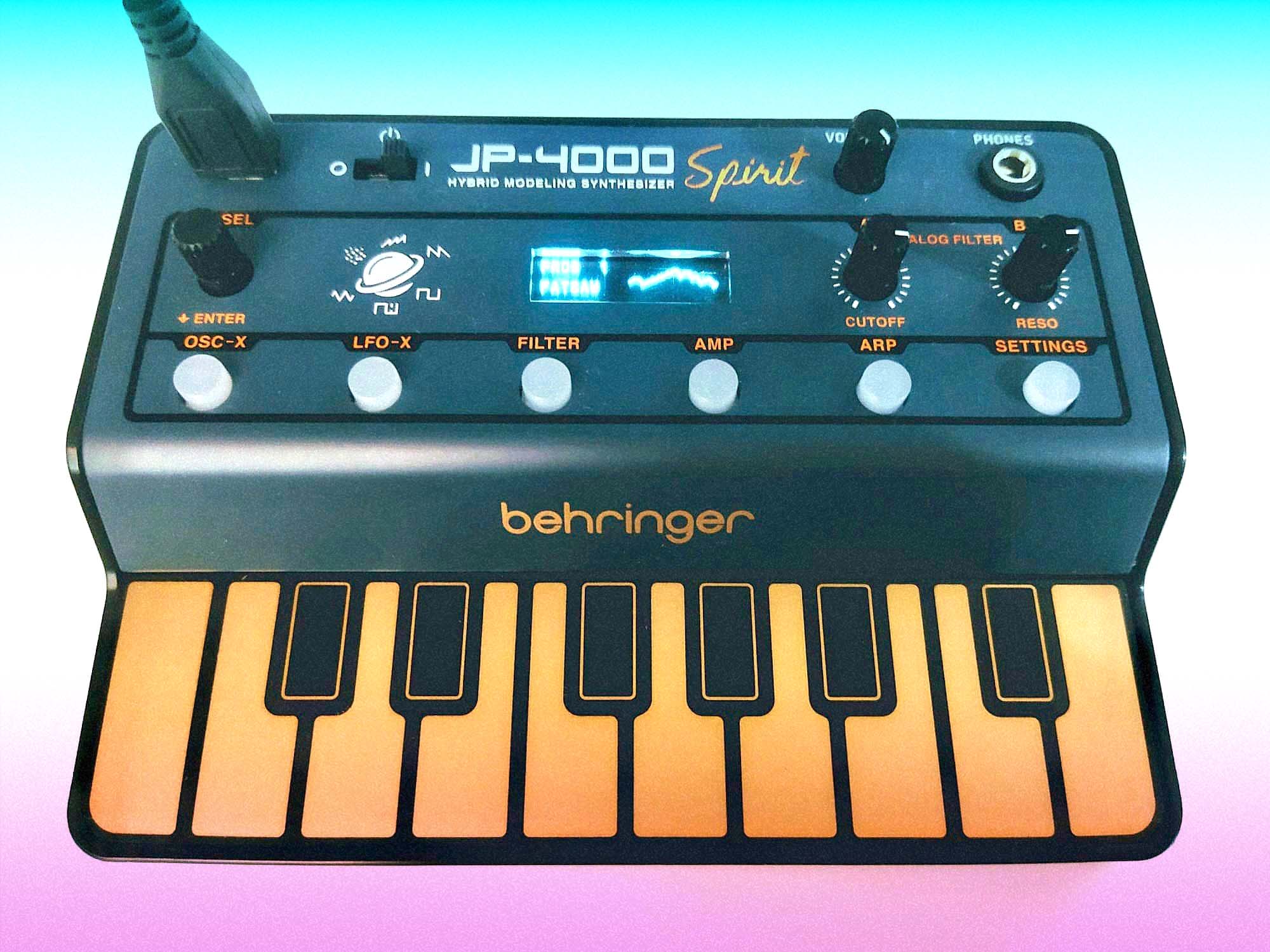 Hot on the heels of the announcement of the PRO-VS, Behringer has revealed yet another compact synth it has in the works, the JP-4000, which comes very, very low price of just $49.

The JP-4000 is a four-voice hybrid paraphonic synth, equipped with two analogue modelling oscillators per voice, a two-operator FM engine and an analogue filter. There’s also two LFOs, a built-in arpeggiator, an OLED display and a 16-note touch keyboard.

As the name suggests, the synth draws inspiration from the Roland JP-8000, originally released in 1996. The JP-4000 is a recreation (of sorts) which models itself after the sound engine of the Roland synth; it includes the original’s supersaw waveform in its arsenal of sounds.

The JP-4000 is bus powered, and with its MIDI connectivity, you’ll be able to hook up an external keyboard to perform with it.

As with the Behringer PRO-VS, the JP-4000 isn’t out just yet. But it’s targeted to launch officially in June at that low price of $49.

“When Uli [Behringer] was 16, he built his first synthesizer because he couldn’t afford to buy one. This experience defined his later career to build musical equipment and make it affordable for everyone,” wrote the brand in an announcement for the synth. “It was his dream to one day deliver a synthesizer everyone could afford so kids could be introduced to music at an early stage. This could spark a lifelong love affair for electronic music and the art of music synthesis.”

And if you missed out on Behringer’s announcement of the PRO-VS, it’s a compact synth based on Sequential’s VS synth from 1986, with a mini touch keyboard, a 4D joystick, 127 wavetables and 32 presets. It’s said to launch at $99 later this year.