The MIDI controller seems to bear a number of similar features to Arturia’s controller, according to images online 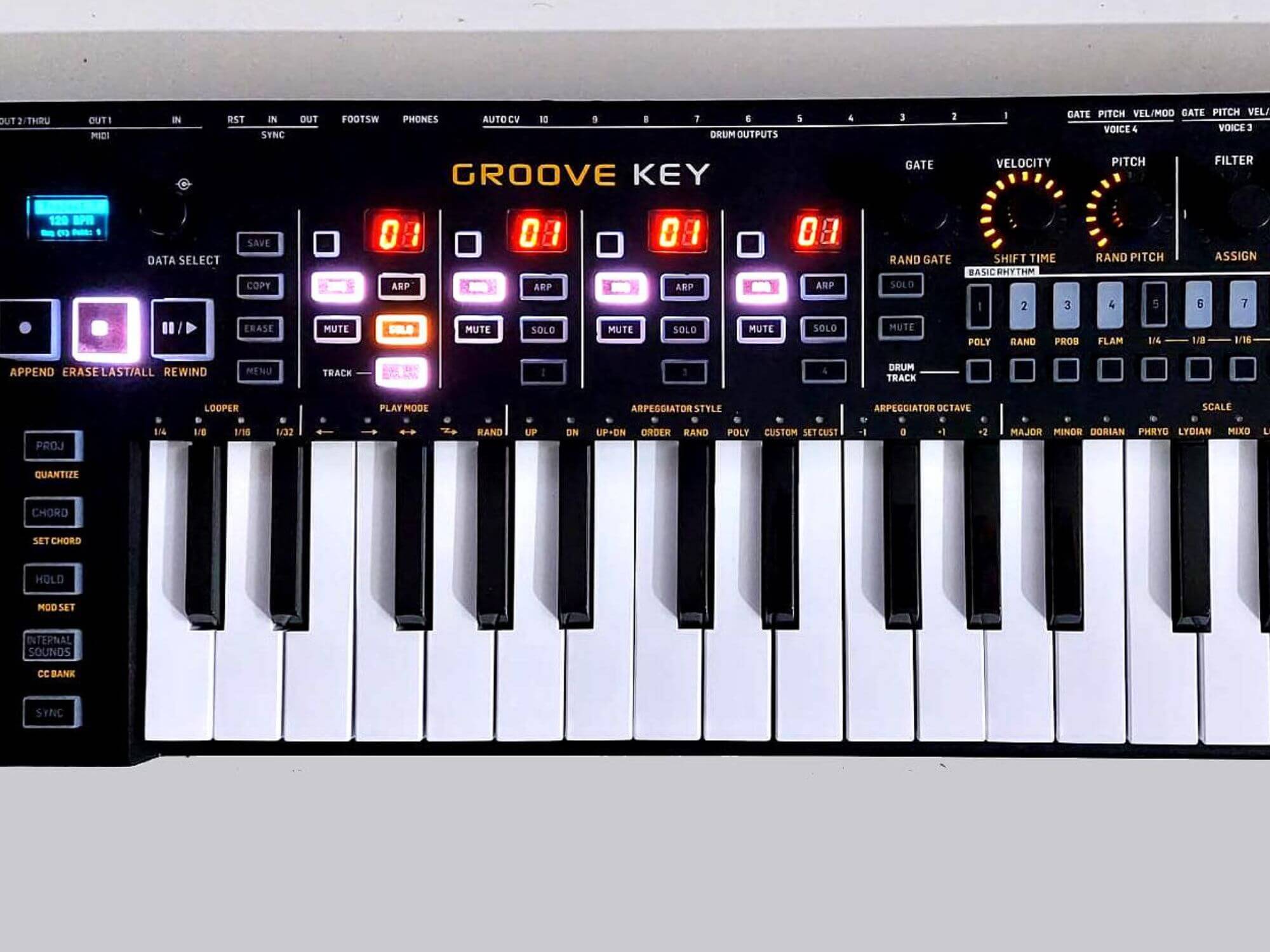 Announced on Facebook yesterday (19 December), the brand unveiled images of the new prototype, which led to some speculating quite how similar the unit will be to the Arturia design.

The Groove Key, described by Behringer as a hardware multi-track sequencer and a groovebox in one device, at first glance bears an almost uncanny resemblance to the Keystep Pro, albeit stylised in a black finish as opposed to Arturia’s white.

It’s the MIDI control aspect of the design that appears to run parallel to Arturia’s model. Its features include four channels of MIDI/CV sequencing and a dedicated drum sequencer. In the post made on Facebook, the brand also explains that the unit has “tons of I/Os and CVs”, as well as confirming that while the prototype is still 3D printed, all of the functions involved are already fully functional.

As for the groovebox aspect, Behringer has ensured that an internal polyphonic sound engine is included, alongside controls that help users determine the pitch, frequency cutoff and resonance. From the images, it appears that engine parameters can be adjusted and edited via the unit’s interface also.

For now, aspects that separate the Groove Key from the Keystep Pro remain fairly slim. However, it can be seen from the photos of the prototype that the Behringer unit sports numerous more controls than its counterpart, alongside the new engine. Similarly, the official unit is predicted to incorporate some features from its 2020 Swing MIDI controller too. The Swing controller was also quickly likened to an Arturia product – the KeyStep.

No exact prices have been mentioned as of yet, but Behringer does assure users that “as always, it’ll be very affordable.” It may be a fair wait for the product’s official launch too, as the brand adds that its engineers are still waiting for crucial parts to arrive.