The Dual-Phase is the brand’s take on the Mu-Tron Bi-Phase of the 1970s. 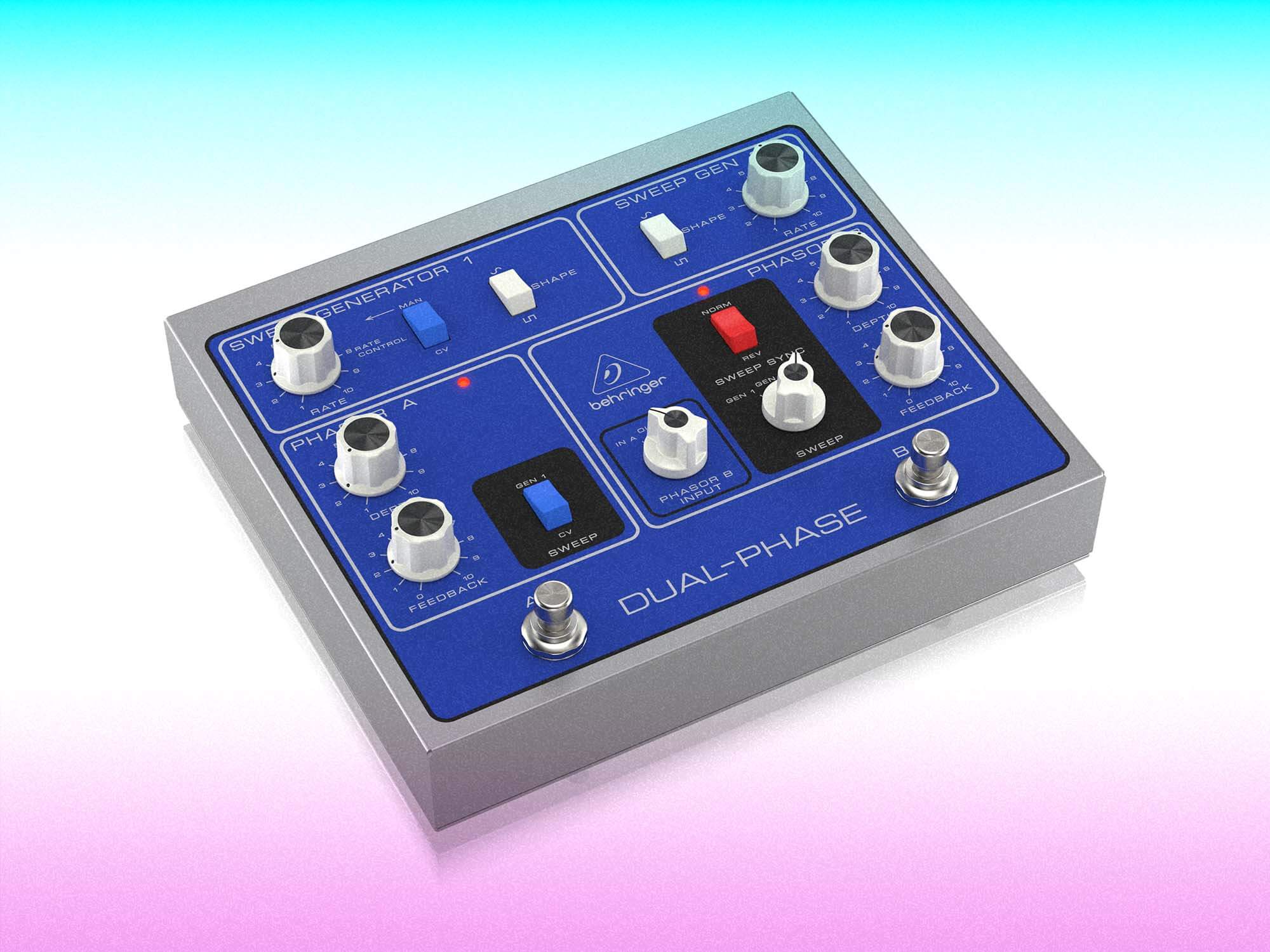 Behringer has introduced the Dual-Phase effects pedal – its take on the Mu-Tron Bi-Phase of the 1970s that gave so many classic musicians their signature wavering tone.

The Dual-Phase comes along just as we approach the 50th anniversary of the Mu-Tron Bi-Phrase, which was introduced to the world as the first dual phaser. The original was used to create the signature soundscapes of The Smashing Pumpkins, Prince and more.

This model clones the schematics and look of the original Bi-Phase, but the Behringer version offers the unit as a foot pedal compared to the original desktop unit.

Behringer’s website states, “The Dual-Phase is an authentic recreation of the popular phase shifter from the 70s. It features two phase shifters, each with their own rate, depth and feedback controls, that you can then run in series or parallel. Each phase shifter also allows you to switch the wave shape oscillator between sine and square wave.”

It continues, “The Dual-Phase brings all the amazing features from the original 70s design, plus a few modern ones, that are sure to enhance your pedal board or synth setup.”

You can get a closer look at the model in the video below:

Behringer recently told fans not to hold their breath about the DAW it announced in 2020 dropping anytime soon. The company’s Customer Branding Leader, Götz Müller-Dürholt, said it is being careful not to “recreate something that is already there”. It is reported that Behringer currently has over 50 synths in development.

The original Mu-Tron now sells for over $2,000 used, with Behringer’s upgraded copy coming in at $159 USD.