It has the exact same functionality and polyphony of the original but with a few upgrades, of course… 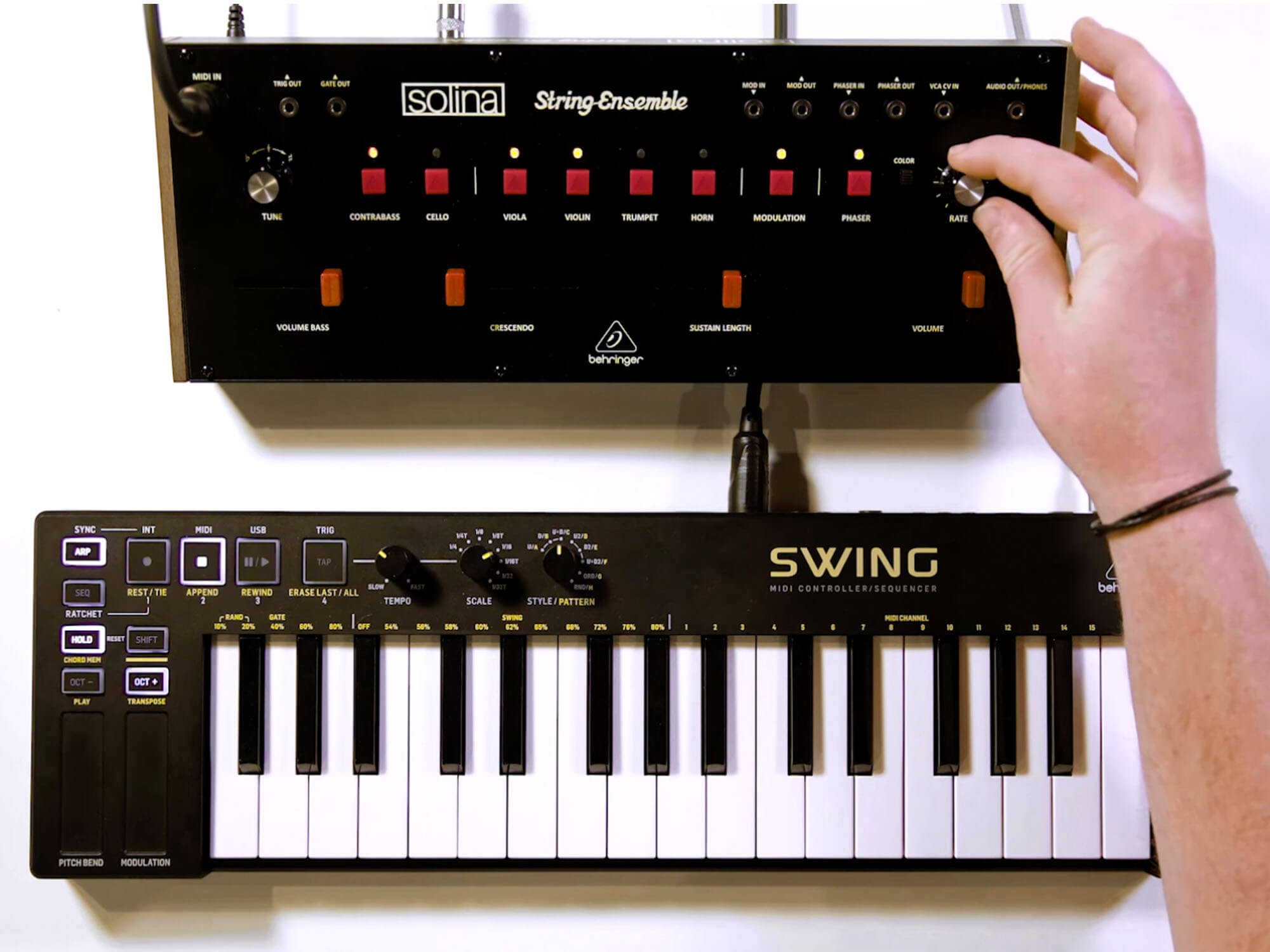 Behringer has announced the arrival of Solina, its long-awaited revival of 1970s iconic string synth, the Solina String-Ensemble, with features fit for a modern music production workflow.

Behringer has been teasing the release of Solina for quite some time now, with it being originally shown off in February 2021. Today, Behringer confirmed that the polyphonic synth is complete, although no shipping date has been specified so it’s an addition to the list of synths waiting for chips due to global shortages.

In a post on Facebook, Behringer wrote: “You’ve been following us on its R&D journey and now, it’s time for its journey to continue into your setup. SOLINA faithfully delivers the classic string machine sound that we all know and love.”

Behringer has strived to recreate the original circuitry found in the original 1974 Solina String Ensemble – also known as the ARP String Ensemble – but has incorporated a host of modern features. This includes a built-in phaser based on the Electro Harmonix Small Stone pedal, also released in 1974, external modulation and patching to other synthesizers, such as a Eurorack module, and MIDI connectivity via five-pin connectors and USB.

Faithful to the original is the inclusion of Contrabass, Cello, Viola, Violin, Trumpet and Horn sounds, with a knob dedicated to modulation and faders for bass volume, Crescendo, sustain length and global volume. Of course, Behringer’s rendition omits the keyboard in favour of a compact form factor.

“There is truly nothing else on the market today that comes close to the character of this extremely sought-after instrument,” Behringer adds in the post. “We are extremely proud to soon open the experience of Solina to you all, once we have the required chips to put it into full-scale production.”

Introducing the Behringer SOLINA STRING-ENSEMBLE.You've been following us on its R&D journey and now, it's time for…

The Solina’s beloved soundscapes were made popular by artists such as Pink Floyd, New Order, Elton John and more. You can take a closer look in the video below:

Solina’s estimated price is $359 USD, according to Behringer.