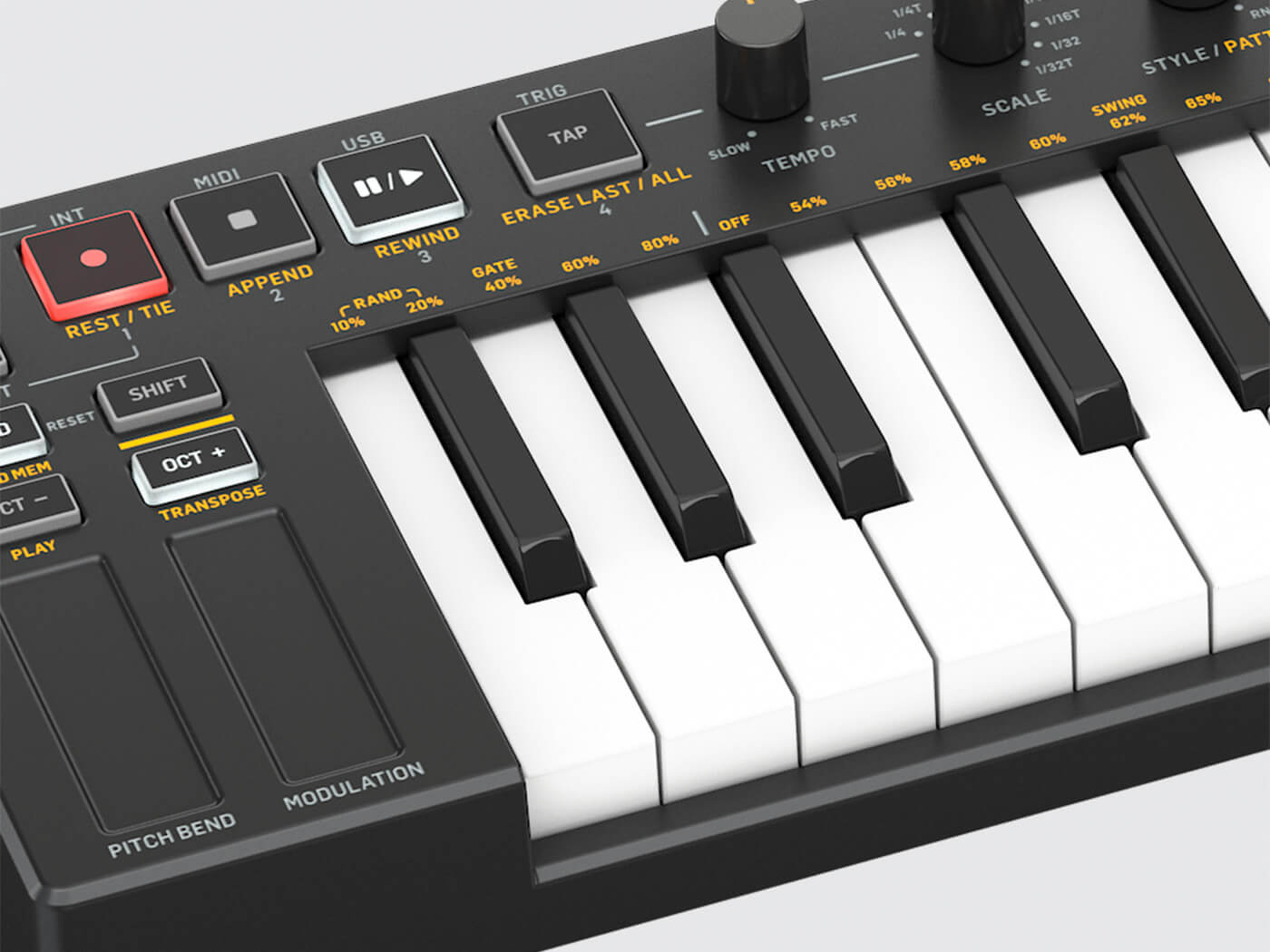 Behringer has announced that it is now shipping its new Swing controller, which now sports a different design than the original model announced in November 2020. Swing’s original design brought Behringer under fire, as the synth community alleged that it was a clone of Arturia’s KeyStep Controller.

The compact 32-key USB MIDI controller now features new knobs and transport controls, with two buttons for triggering the arpeggiator and sequencer. In the previous version, the knobs were housed on the left side, with transport controls on the right, hence the likeness to the Arturia KeyStep.

Of course, similar functionality is still offered by the Arturia KeyStep and Behringer Swing. The Swing controller’s three knobs alter the arpeggiator’s tempo, scale, and pattern, much like the KeySteps rate, seq/arp mode, and time division knobs. In addition, transport controls for play/pause, record, stop and tap are onboard, with different functions in Shift mode, and sliders for pitch and modulation sit next to the keybed.

New features on the Swing, including ratchet and random gate functions, could set it apart from KeyStep. Behringer said in a Facebook post that the controller is designed to integrate seamlessly with its upcoming free DAW. Swing also comes with a companion app, although it’s not clear what features are available in the app.

Defending its position on developing Swing, Behringer responded to claims of copying Arturia, saying: “Competition is a highly effective tool to drive innovation by empowering Customers to make their best choices and force manufacturers to constantly reinvent themselves”, the post continues. “The law was specifically designed to encourage everyone to fiercely compete, even when it means over the same functionality and design, provided intellectual property such as utility (functional) and design patents as well as trademarks etc. are respected”.

“How many Fender Stratocaster or Gibson Les Paul clones are out there in the guitar world and how many SM58 clones are available? How many cars or mobile phones look alike?”

Swing will be available for €99 from Amazon, Thomann, Sweetwater, Cosmo Music and Andertons.