Behringer shows off “final version” of its $99 AKS Mini

This little Behringer unit was inspired by the EMS VCS3. 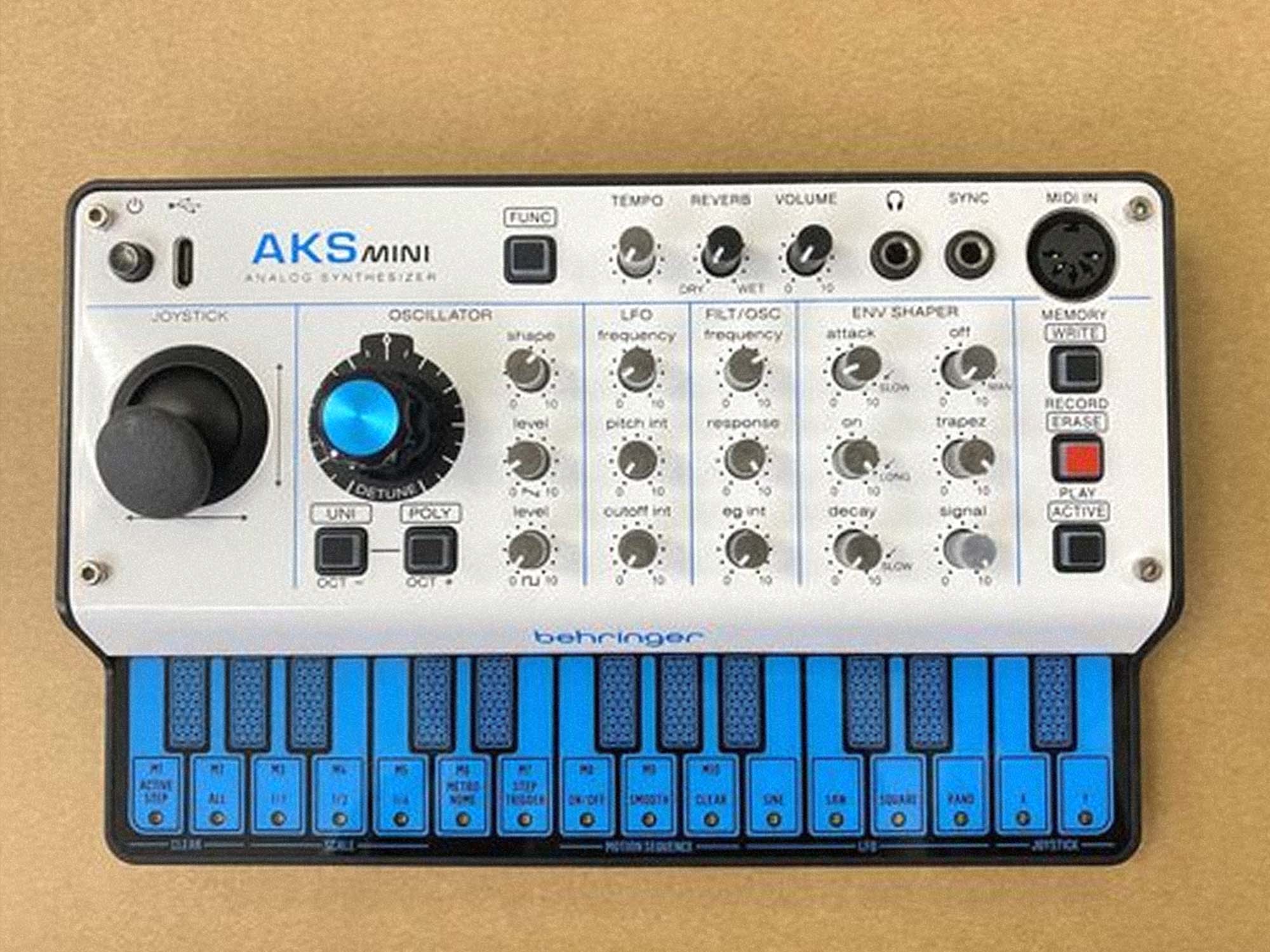 Behringer has shown off what it’s calling the “final version” of its upcoming AKS Mini. The scaled-down adaptation of the EMS VCS3 is set to release later this summer.

Behringer posted about the AKS Mini on Facebook last week (13 January) writing that “Our final version has 3 VCO’s, a built-in arpeggiator and also a 16-step motion sequencer.”

The brand has plans to launch the mini synth – one of many it has in the works – at $99, this summer.

Some time ago we showed you a design draft of our AKS Mini, a scaled down version of the VCS3 but with the exact same…

Behringer showed the first prototype of the AKS Mini back in May 2022, claiming it would offer the “exact same” oscillators, filters and other inner workings as the classic synth – that is, barring the 16×16 pin modulation matrix, which was presumably omitted to keep the ‘mini’ theme.