DJs with Beatport LINK can now access their collection on the go. 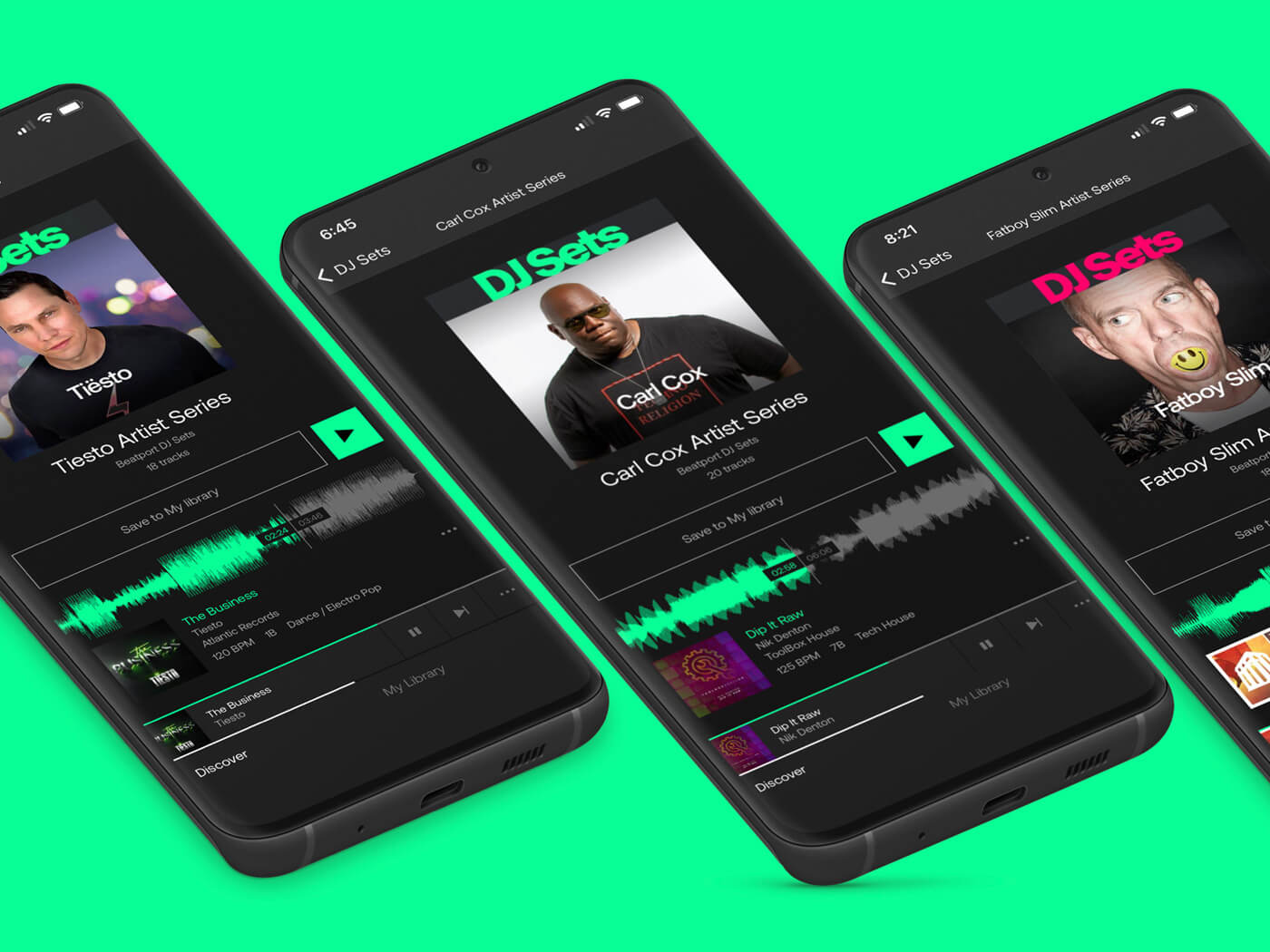 Beatport has unveiled its new iOS music streaming and track management app, along with a rebranding of its logo and platform.

The free Beatport app is available to subscribers of the Beatport LINK service and can be used to create and manage playlist libraries. Plus, users can discover and listen to new music curated by Beatport, artists and top charts in a range of genres. In addition, any music that has been previously purchased on a Beatport account is immediately accessible within the app, as it would be on desktop.

Beatport says the new app “largely completes the LINK ecosystem”, allowing users to sync playlists from the app on any software compatible with Beatport LINK. This includes rekordbox, Serato, Native Instruments Traktor, VirtualDJ and in hardware from brands such as Denon DJ. Any alterations to playlists will also be reflected on Beatport DJ, the brand’s new browser-based DJ platform.

With the combination of the Beatport app and Beatport DJ, the company aims to give DJs convenient tools “to discover new music, assemble and perfect performance-ready setlists and transition them directly into their native environments”. An Android version of the app will be released later this year, along with additional features for the iOS version.

Beatport’s rebranding coincides with the app launch, created by Swedish design company Kurppa Hosk. The redesign is Beatport’s first since 2012.

You can download the Beatport iOS now for free. A Beatport LINK subscription is required to use the service, with plans starting at $14.99 per month.