The Baby Bot Light Theremin is the creepy, baby-shaped instrument you haven’t been waiting for

“The best way to play it is to just start turning knobs.” 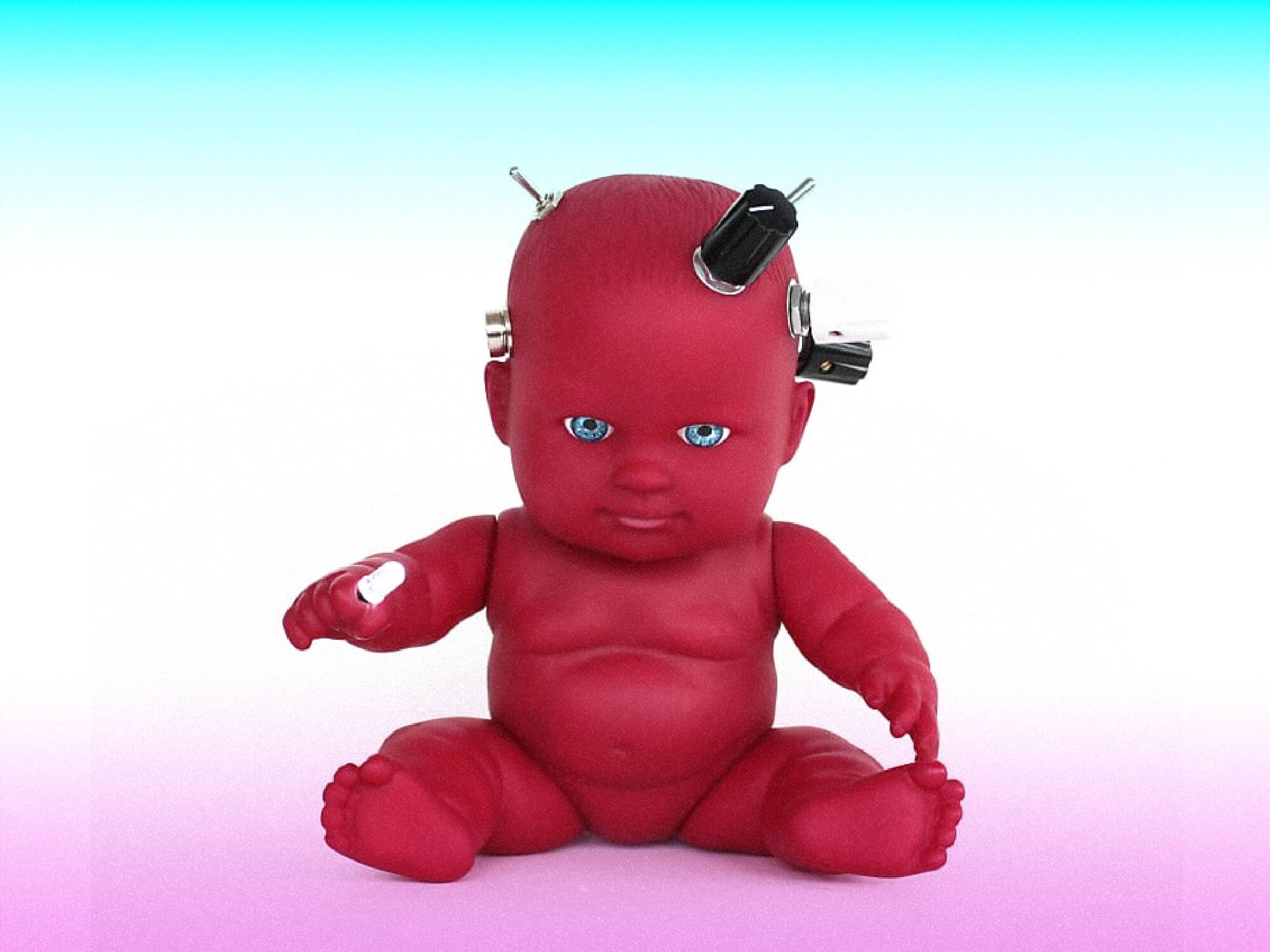 When it comes to choosing a chassis for an electronic instrument, self-described ‘audiovisual art project’ Moon Armada has certainly gone for the creepy option: a bright red, devilish looking baby.

The Baby Bot Light Theremin: Powland Edition is a light sensor-driven electronic instrument, with this particular model made in in partnership with Amsterdam-based Powland: an online gallery, music library and boutique home to ‘The Powcademy Institute of Soundart’, founded to “recognise and uphold excellence, inspire imagination and connect the world through the medium of sound.”

As well as its sensitive LED (held in the baby’s hand, of course) which responds to being covered up or to light being shone onto it, the Baby Bot Light Theremin: Powland Edition can also receive CV. It features an impressive four cascading square-wave oscillators, meaning the first oscillator modulates the second, the second modulates the third, the third modulates the fourth, which then routes to the audio output. 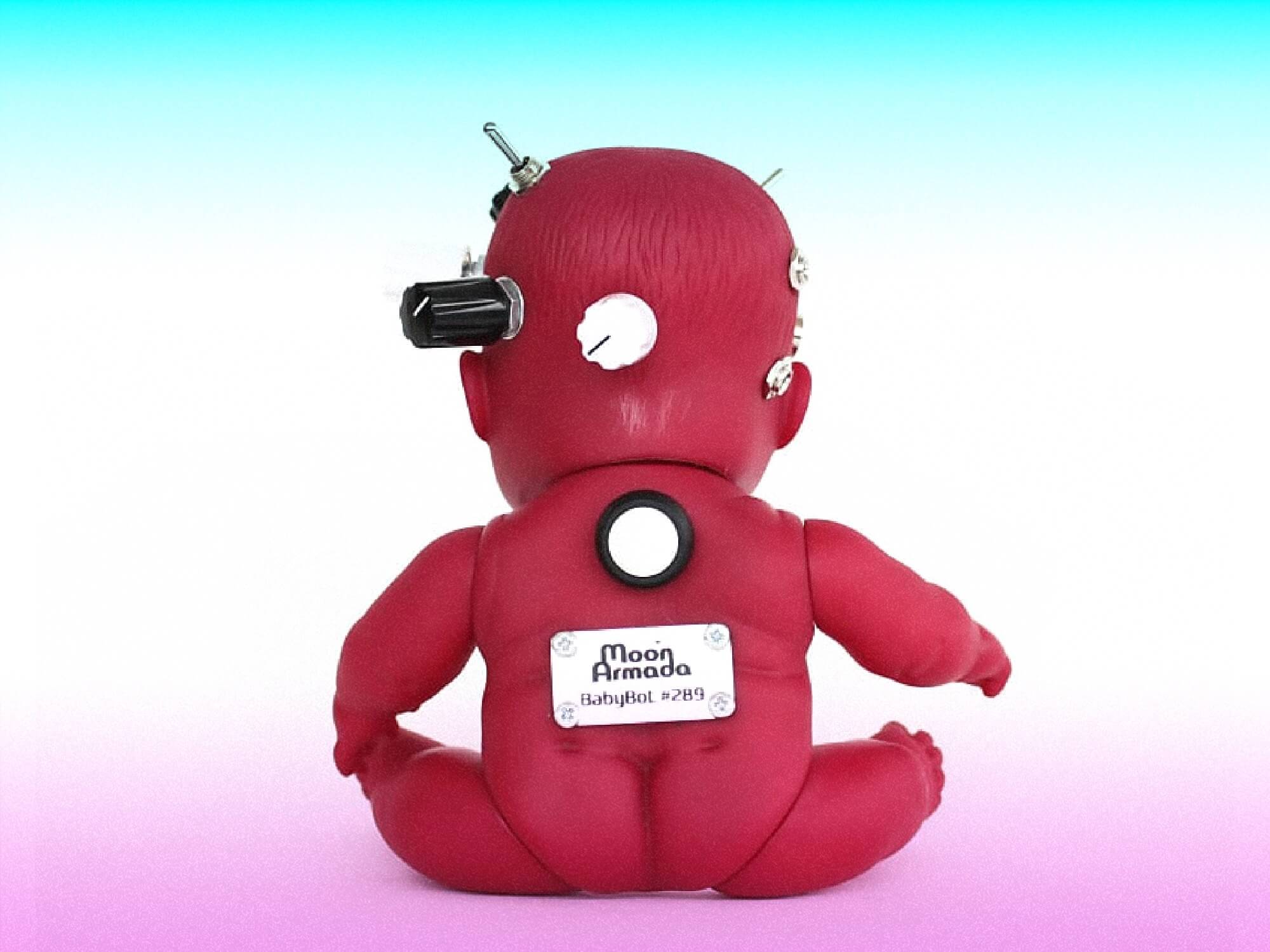 “The synth is set up to be wild and experimental,” says Moon Armada, “so the best way to play it is to just start turning knobs until you find combinations you like. Generally, having the knobs turned higher will result in more abrasive, noisy sounds, while having them turned down will yield more beep-boop type sounds.”

So what does it sound like? The answer is somewhere between a laughing gremlin and an oscillator from a digital metal hellscape. Hear the sound of the Baby Bot Light Theremin; Powland Edition for yourself below:

It’s by no means the first baby-shaped instrument by Moon Armada. In fact, it joins quite a catalogue of similarly unnerving designs that includes the Baby Bot 0010, the Tiny Bot Analog light Theremin (Wasp Edition), the Baby Bot 3000, the Baby Blue (a rhythmic noise, drone and FX synthesizer), and even an untitled delay unit housed simply in a dark grey baby’s head.

A standout design in the boutique developer’s range— both for creepiness and sonic innovation— is undoubtedly the jet black, four-armed Vespidae Baby Bot, described by the developer as “one of my all-time favourite creations.” An analogue drone, noise and FX synthesizer, the Vespidae Baby Bot generates “grizzly drones, noise and FX sounds” with a built-in distortion and four conductive touch points in each of the baby’s four hands for modulating its sound.

“A lot of time and care was put into the aesthetics, including custom glass eyes (by Wool Bulb), charcoal colouration, and an extra set of arms,” says Moon Armada.

Moon Armada is the brainchild of synthesist and synth designer Honest Kevin and Lithuanian artist, printmaker, and graphic designer Appias Albina; focused, in their own words, “on creating abstract musical instruments that emphasise experimentation, unorthodoxy, and esoteric aesthetics.”

See the listing for the Baby Bot Light Theremin: Powland Edition, priced at approximately £300, here. To find out more about Moon Armada, head to moonarmada.com.