Another multi-effects plug-in comes from the LA-based software developer, this time sending us to space. 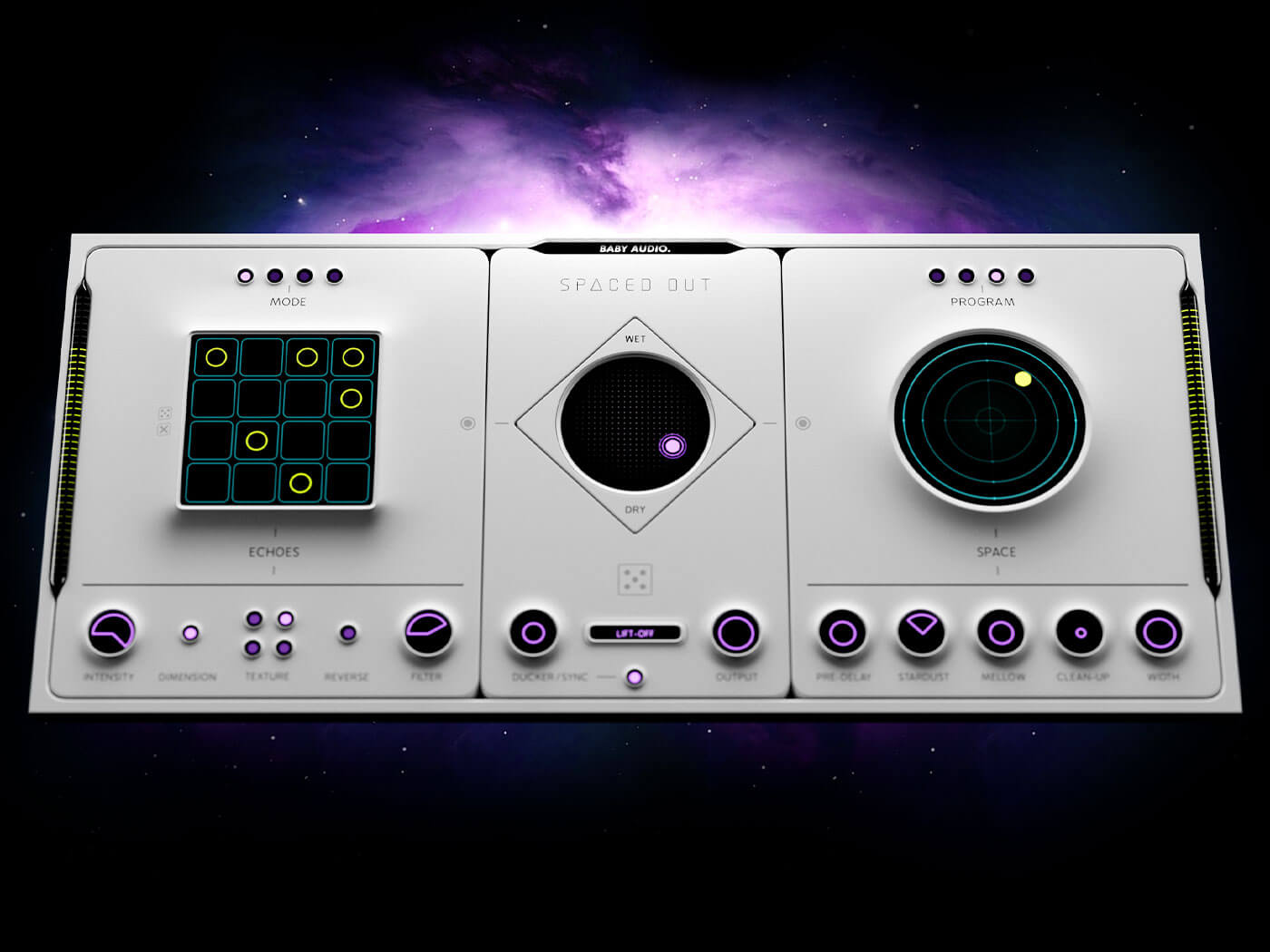 In its fifth mission to take one small step into your DAWs, Baby Audio has released Spaced Out, a multi-effects plug-in that sends your sounds into heavenly orbit. The California-based company has been specialising in creating multi-effects plug-ins for over a year now, with the recent Comeback Kid and Parallel Aggressor impressing us in our reviews.

Spaced Out combines a 16-step delay sequencer with a crystalline reverb that boasts a ton of modulation options. Over 50 individual effects are available to manipulate, giving you plenty of creative options. Plus, as is the case with all of Baby Audio’s plug-ins, you won’t need to dive into endless menus and sub-menus.

The two main modules of Spaced Out are Echoes and Space. Echoes is a grid-based delay with 16 slots for customisable delays. Each square is a representation of a delayed signal, with each represented at full amplitude, half amplitude or off, depending on what you desire. Clicking a square will initiate the delay; clicking twice will initiate it at half amplitude; three times will keep it off. You can also switch up the timing to be either straight, 2x, triplet, or dotted. The tone of the delay can also be set to clean, Lofi, Hazy or Wonky Tape – no doubt Super VHS played a role in some of these algorithms. There are some other neat features such as reverse, filter, randomise and Dimension.

Space is the reverb/modulation hybrid module that can be used to create dreamy, expansive reflections with an algorithmic reverb and four custom-designed spaces: Vacuum, Small Space, Medium Space and Outer Space. An XY pad is at the heart of the module, allowing you to change the length of the reverb and the character of the reverb. The different algorithms here include Cosmic, Alien, Lush and Trippy. You can also change parameters like pre-delay, mellow (essentially a filter), Stardust, Clean-up and width. 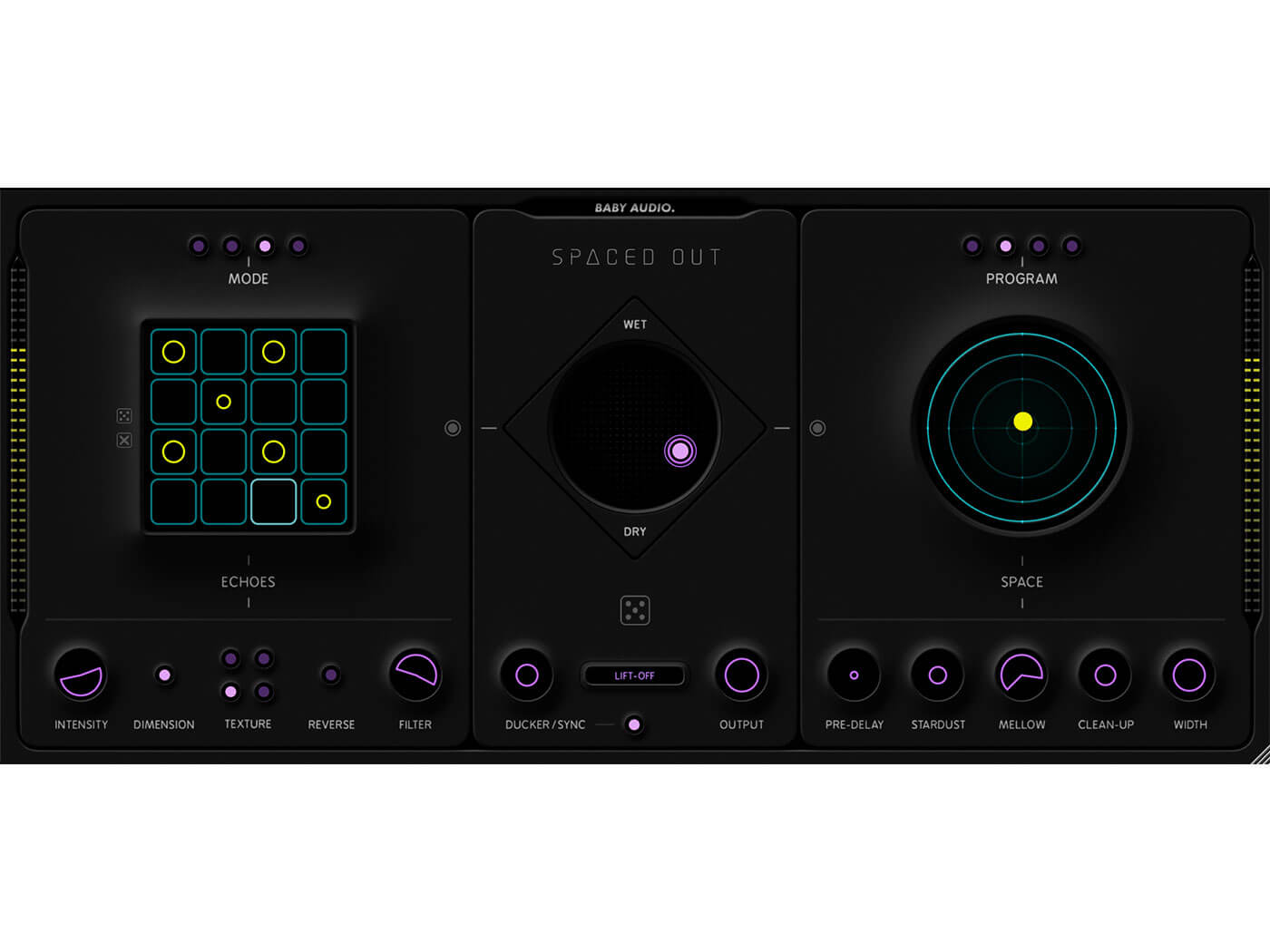 At the centre of the plug-in is a wet/dry pad, a randomise button and a Lift-Off button, which seems like a fun, extreme feature.

125 presets are included, designed by Baby Audio and impressive list of sound designer friends. Spaced Out, just like Comeback Kid and Parallel Aggressor, has two colour schemes: light and dark, and is resizable.

Speaking on the release, the brand says “We set out to create an effect as fun, flavoured and futuristic for the 21st century as the Space Echo was for its own time. It’s been an epic journey and we’re proud to have returned with our
most complex plugin to date”.

For more information and to try it out for free, head to babyaud.io.