Spank your sounds and heat up your mix with a powerful, punchy compressor 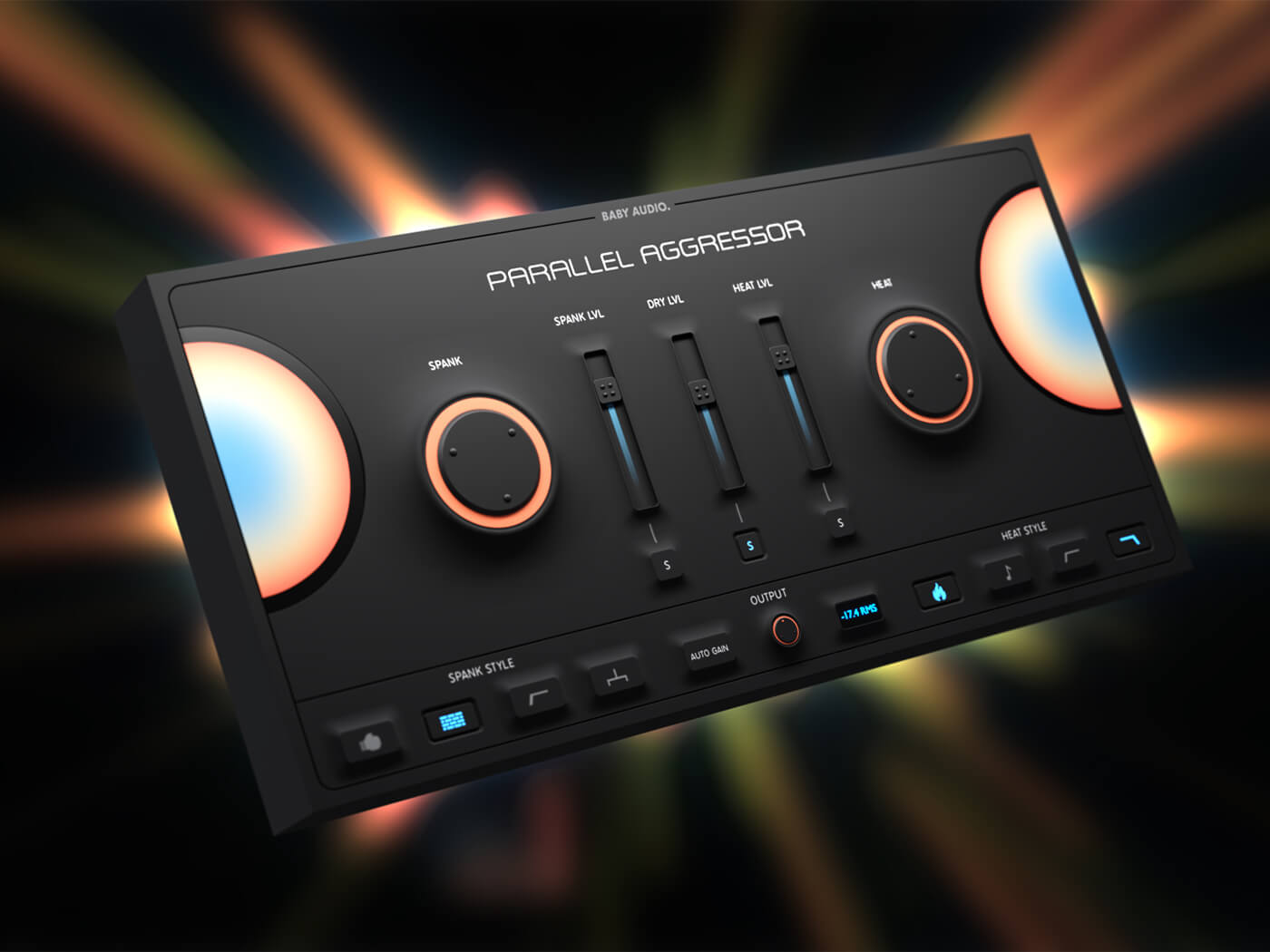 Despite releasing its first plug-in less than a year ago, Baby Audio is already making a name for itself thanks to a range of production tools that are packed with character. It sounds like the brand’s latest, Parallel Aggressor, continues this trend and builds on the success of I<3NY.

Parallel compression is a great technique in creating big, impactful mixes, and is often especially useful on drums. Parallel Aggressor is designed to be an easy and effective solution to achieving parallel compression in your mixes, negating the need for extra busses and sends. Plus, it injects its own sonic character into your mix, making small decisions internally and leaving the big decisions to you.

The compressor splits your audio into three different signals and allows you to blend them together to add the desired punch to your mix. Dry is the original signal, while Spank is a heavy compressed duplicate and Heat is a heavily saturated duplicate. Baby Audio says this approach to compression is like teamwork; “Multiple copies of the same track – each focused on doing one specific job – can achieve more together than a single copy being processed to death on its own”.

Spank uses a compression algorithm that is the foundation of I<3NY, but with improvements in sound quality, signal detection and flexibility. There are also additional style buttons to deploy Extra Punch, Extra Smack, Sidechain Filter and Mono processing. 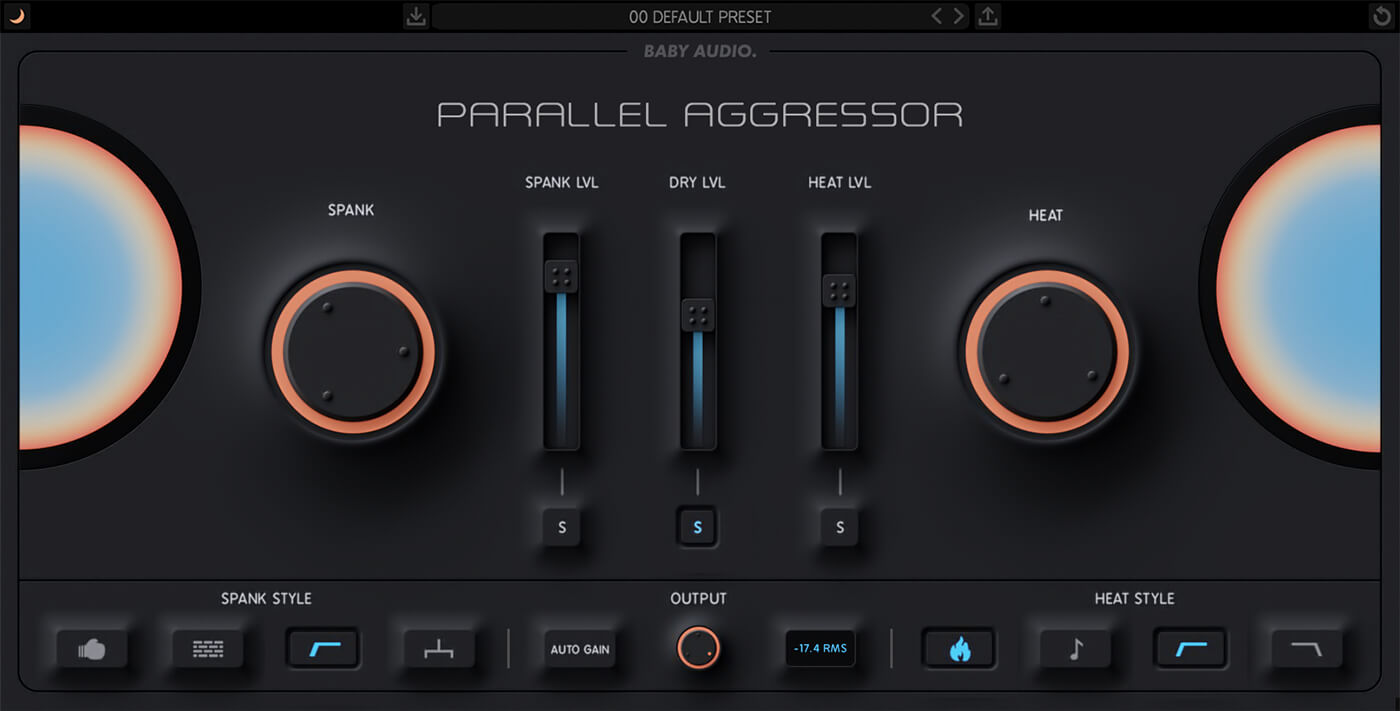 Meanwhile, Heat is an analogue modelled saturation algorithm that can also be found in Super VHS, albeit in the form of a tape saturator. For Parallel Aggressor, Baby Audio specifically optimised the algorithm to add some extra fire to your mix. Here, you can inject further character with Extra Hot, Tone, high-pass filter and low-pass filter.

Once you have split your three signals in Parallel aggressor and added some extra firepower with Spank and Heat, you can use the visual aid of the meters to perfectly balance the processing. You can also solo each signal for fine-tuning the sound. Then, turn on Auto Gain to get a consistent output. This automatically ensures that the three signals roughly match the initial input level.

As with Comeback Kid, you can switch up Parallel Aggressor’s colour scheme with the flick of a button. The plug-in comes with 25 presets, courtesy of Baby Audio and Grammy-nominated engineer, KurtCurt, and Billboard #1 producer, Anthony Saffery. 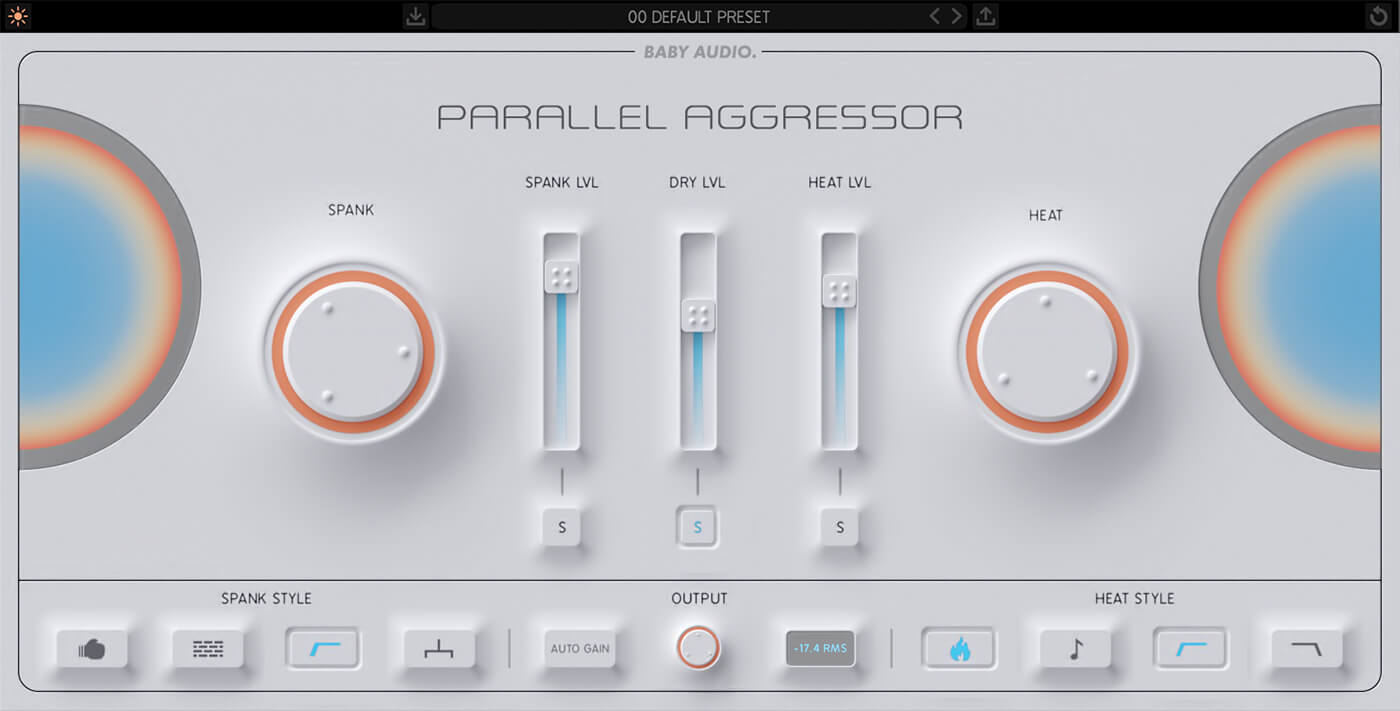 Parallel Aggressor is available now at an introductory price of $29, until 30 August, after which it will be $49. Available in VST, VST3, AU and AAX, the plug-in is compatible with most DAWs.

Learn more and try the free demo at babyaud.io