The quest for the “holy grail of DSP” can now go with you anywhere. 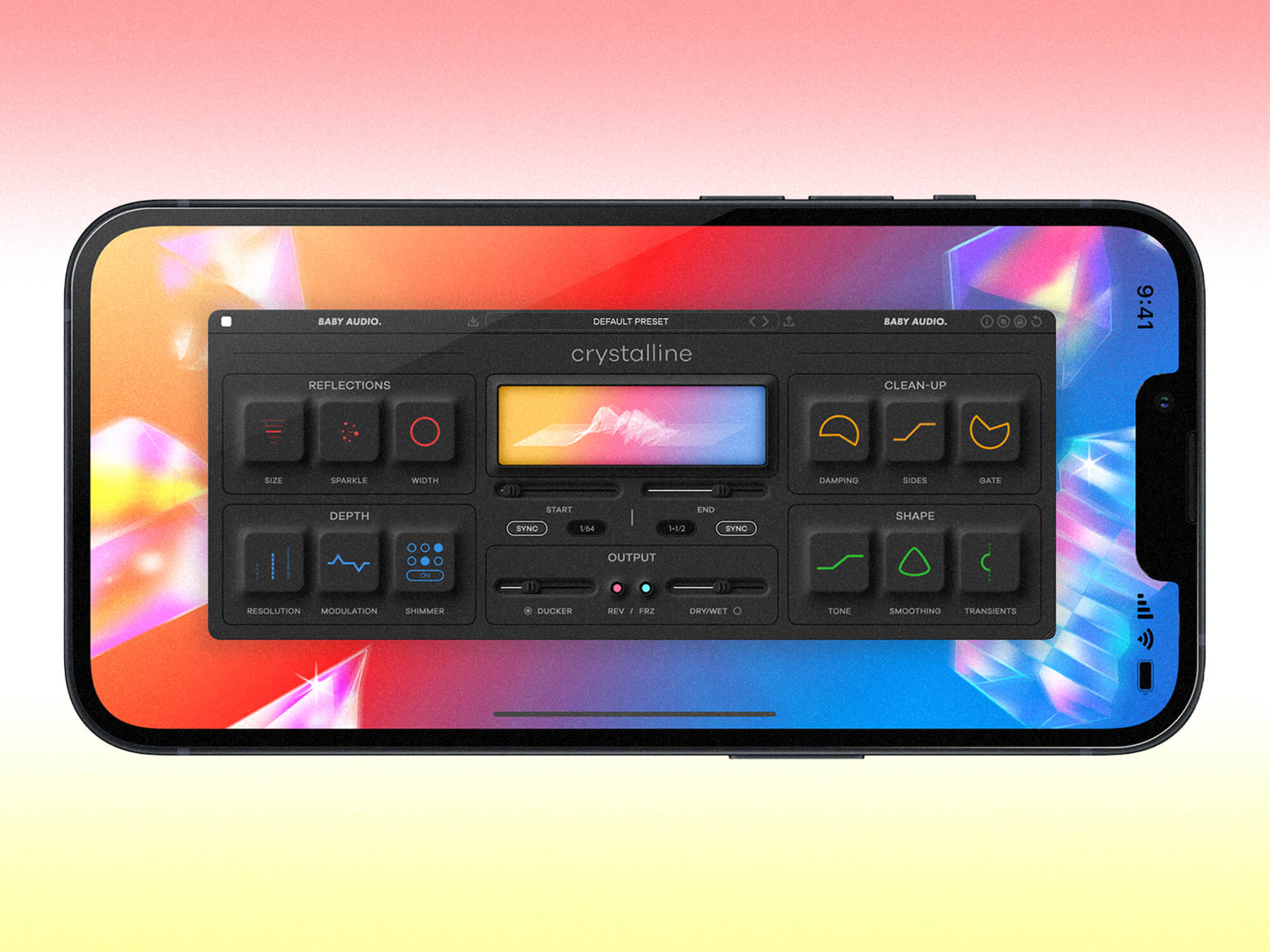 The original plug-in was released in April and readers may remember Musictech’s favourable review of the plug-in at the time, which said: “there’s an awful lot to like about this thoroughly modern take on algorithmic reverb, and very little to dislike.”

While the likes of EMT and Lexicon have largely dictated the sound of digital reverb over the past few decades, Crystalline is a prime example of a flexible, high-quality reverb processor that has developed its algorithms from the ground up to take full advantage of modern processing power and DAW integration— all while sporting a distinctly OP-1-flavoured GUI.

Now there’s even more to like, with the plug-in coming to iOS as an AUv3 app. Boasting “the same pristine sound and versatile feature set” of its desktop counterpart, “Crystalline stands on the shoulders of 60 years of chasing ‘the holy grail of DSP’”, says the developer.

“We’ve asked ourselves what the pioneers of the legendary digital reverbs would have done if they had the resources we have today – and then we’ve made exactly that plugin. With all the bells and whistles a modern engineer would need.”

Beyond portability, there is also a price incentive for the app: while the desktop version retails at $99, the iOS version is available to download for almost a third of that price. Baby Audio said in a press release: “Today, you can have a more versatile reverb, with crystal clean definition, inside your phone. All for the price of a round of beers. So if you like the idea of walking around with a professional-grade studio in your pocket, you might want to add this one to your arsenal.”

The app is the latest in a series of plug-ins adapted for iOS by Baby Audio, with others including the popular Magic Switch and Magic Dice. Check out the tutorial video for Crystalline below:

Crystalline for iOS is available now as an AUv3 plug-in, priced at $29.99. For more information visit babyaud.io.