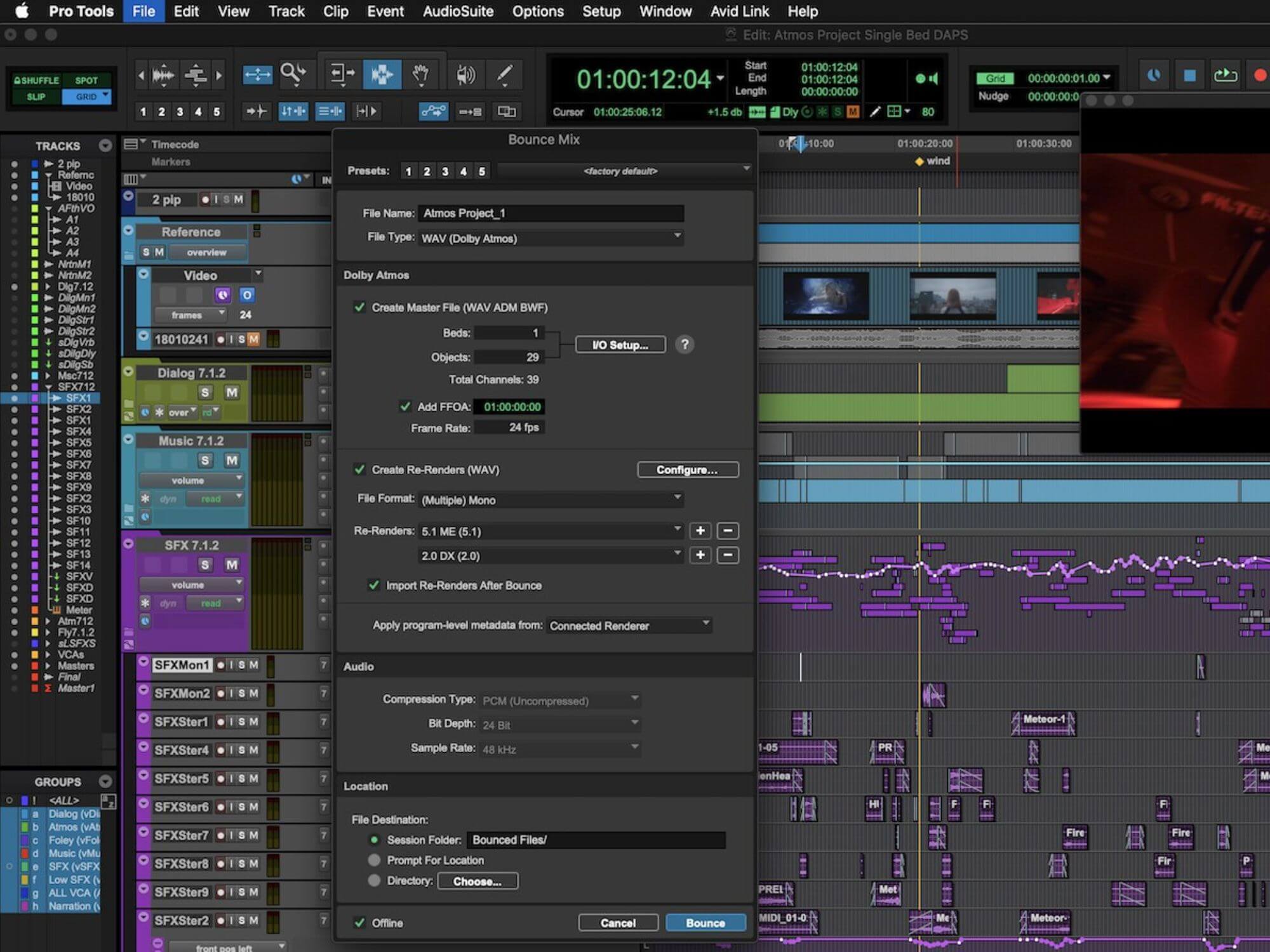 The most noteworthy feature of the new upgrade is the attention paid to Pro Tools’ Dolby Atmos aspect. In the new version, Dolby Atmos workflows are streamlined and now allow for offline re-rendering.

In addition, the update significantly improves ADM bounce time and incorporates the ability to link to WAV ADM BWF files. Before, sub-mixes were already intertwined before the signal reached the renderer, making it impossible to isolate individual mixes. However, this new feature can keep signals separated during export before merging them at the output, giving users greater control over their mixes.

A timecode video overlay is also included, making it easier for users to see the position of the session. Here, timecode can be displaced in either the video window or on a hardware monitor, providing a variation that can be tailored for each engineer.

MIDI workflow improvements come with the update and a new preference option lets you open a docked MIDI editor by simply double-clicking a MIDI clip in the Edit sector.

An auto-expanding grid and nudge display is also new, and is able to show both grid and nudge simultaneously, unlike the previous version which would only provide access to one value at a time.

Finally, one of the most exciting features of the update is the introduction of a new standalone mode entitled Sync X. This mode is automatically accessible when the software is not connected, allowing users to make changes which can be easily acquired once again when Pro Tools is launched at a later date. Operated entirely from the Sync X front panel, the standalone mode gives creators the tools required to translate incoming timecode and also works as a master clock for all connected devices.

The 2022.6 update to Pro Tools is available now for all existing customers.