The microphone’s high SPL handling also means it can be applied onto louder sources such as a kick drum. 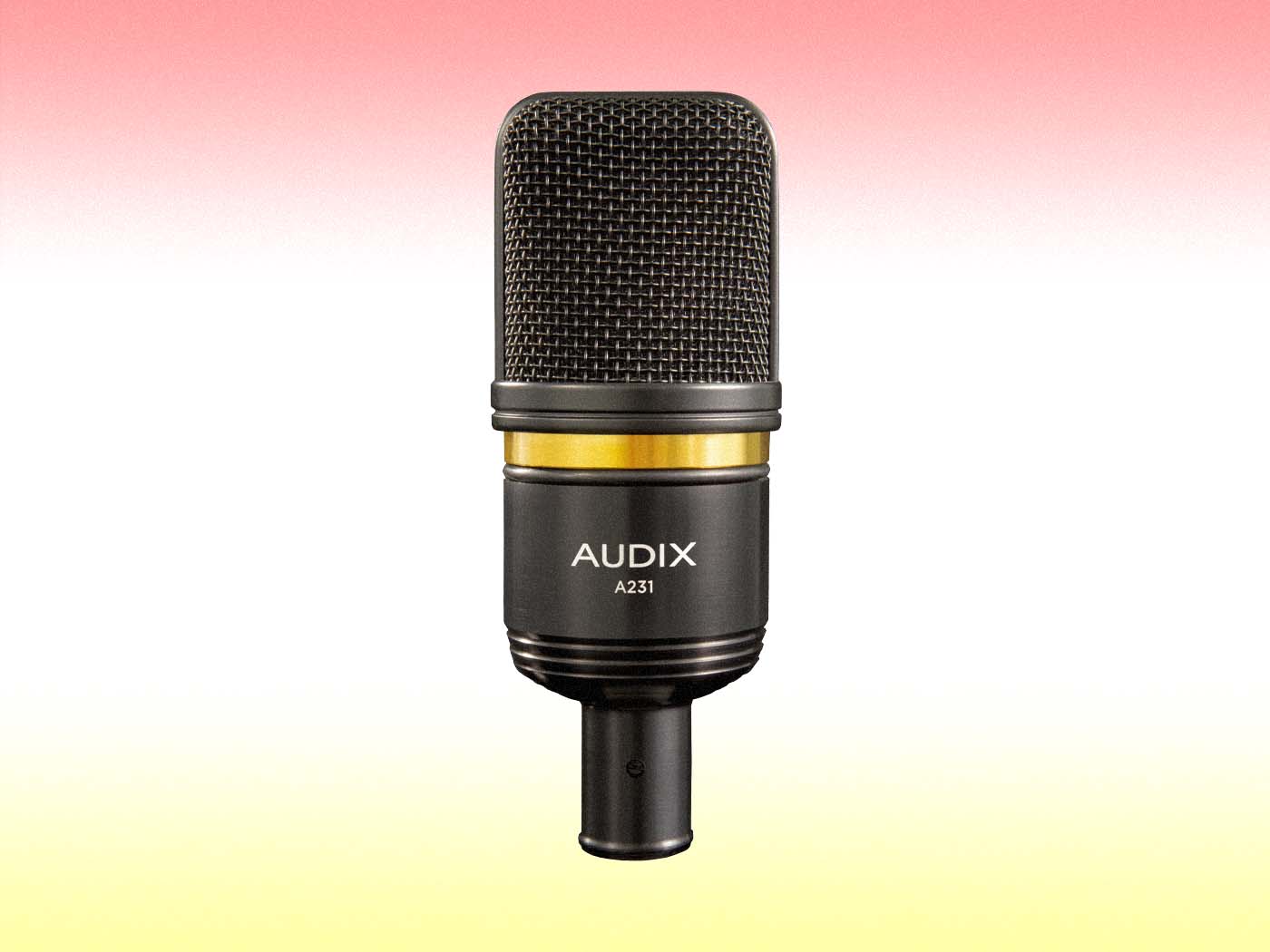 Audix has announced a new large-diaphragm condenser called the A231, which the brand says sets “a new gold standard for capturing the human voice” – and on top of that, it’s also pretty handy for acoustic instruments.

The A231 features a 33mm capsule that Audix says is “25 per cent larger than that of a typical large-diaphragm condenser” and thus offers a more colourless sound that’s still harmonically rich, so the brand tells us.

The microphone has a single pickup pattern: cardioid, which the brand claims lends to its “predictable” proximity effect and “exceptional” off-axis rejection. It also has a maximum SPL handling of 140dB, meaning you can also apply it to louder sources –  such as a kick drum or guitar amplifier – if you so choose. Its frequency response ranges from 20Hz to 20kHz.

However, Audix says the A231 excels best as a vocal microphone for lead and backing vocals, choir miking and voiceover, promising “low-end power” and “high-end detail” with warmth and little sibilance. The amount of detail also means the microphone should work well as an overhead for drums, or for recording acoustic instruments such as a violin or cello.

The microphone capsule is suspended by an internal shockmount in an aluminium body, which has a compact form that should be easy to manoeuvre around tight spots.