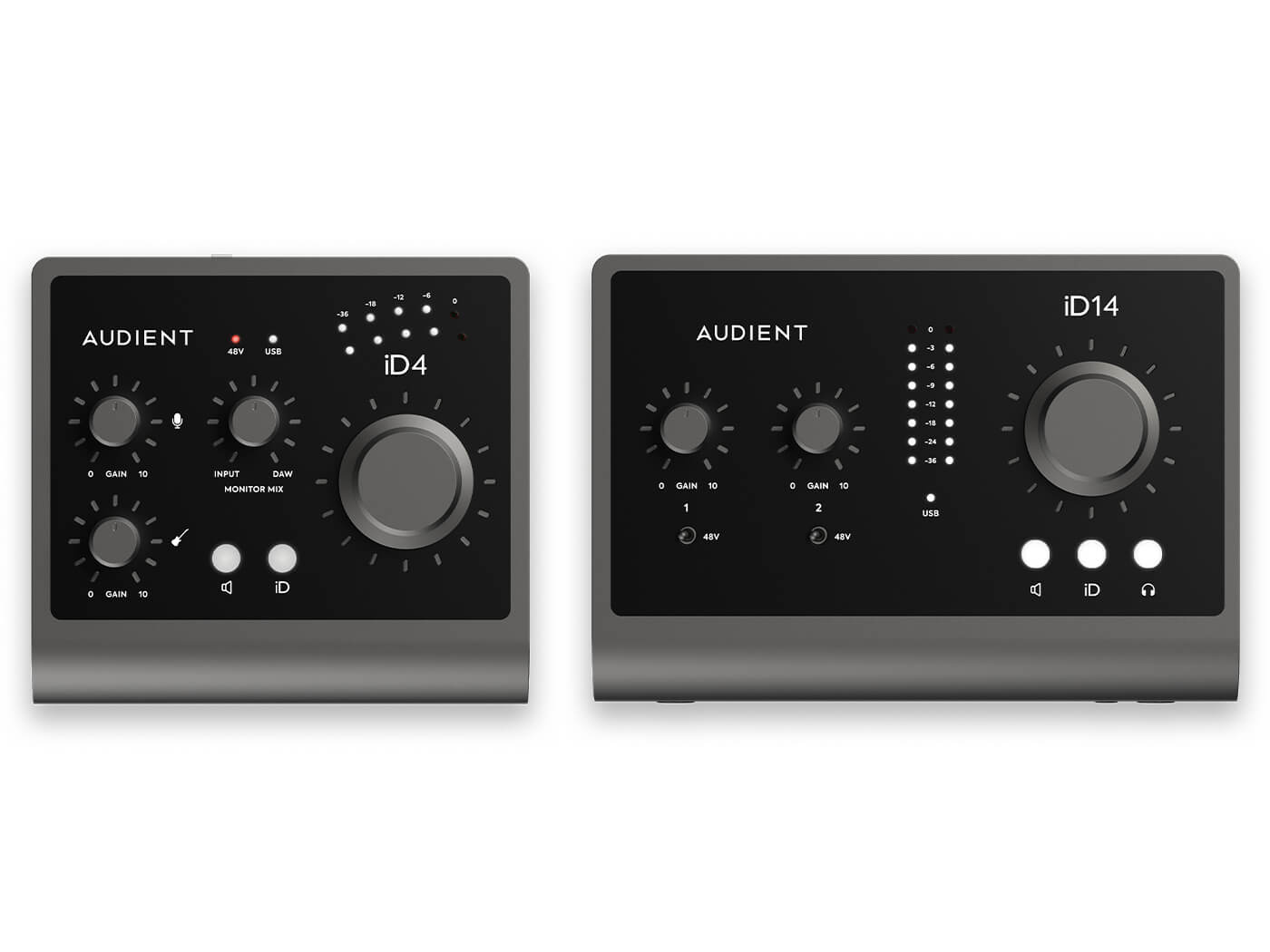 Audient is kicking off the new year with the launch of two new iD interfaces, along with a special EVO recording bundle aimed at beginners.

The step up to MkII introduces some major improvements to both the iD4 and iD14.

Both interfaces are now exclusively bus-powered via USB 3.0 and connect with the ubiquitous USB-C connection. They also boast an improved dynamic range of 120dB for A/D/A conversion. Audient touts this as a “huge step up” for audio performance, and it makes the audio performance comparable to the more expensive iD44.

Meanwhile, both interfaces now sport new dual headphone outputs, as well as an attractive gun-metal grey finish. Also new to the iD14, is an additional set of line outputs on the back panel, for a total of six physical outputs.

Both retain their mic preamp configurations from the original versions, with the iD4 offering a single Audient mic preamp, and the iD14 having two. Similarly, there are also JFET DI inputs on both.

Audient, through its sub-brand EVO, has also launched the Start Recording bundle, aimed at beginners. It packs the EVO 4 interface, an SR1 large-diaphragm condenser microphone with shock mount, and a pair of SR2000 monitor headphones.