The unit has already been named the “mic preamp of the future” by the brand. 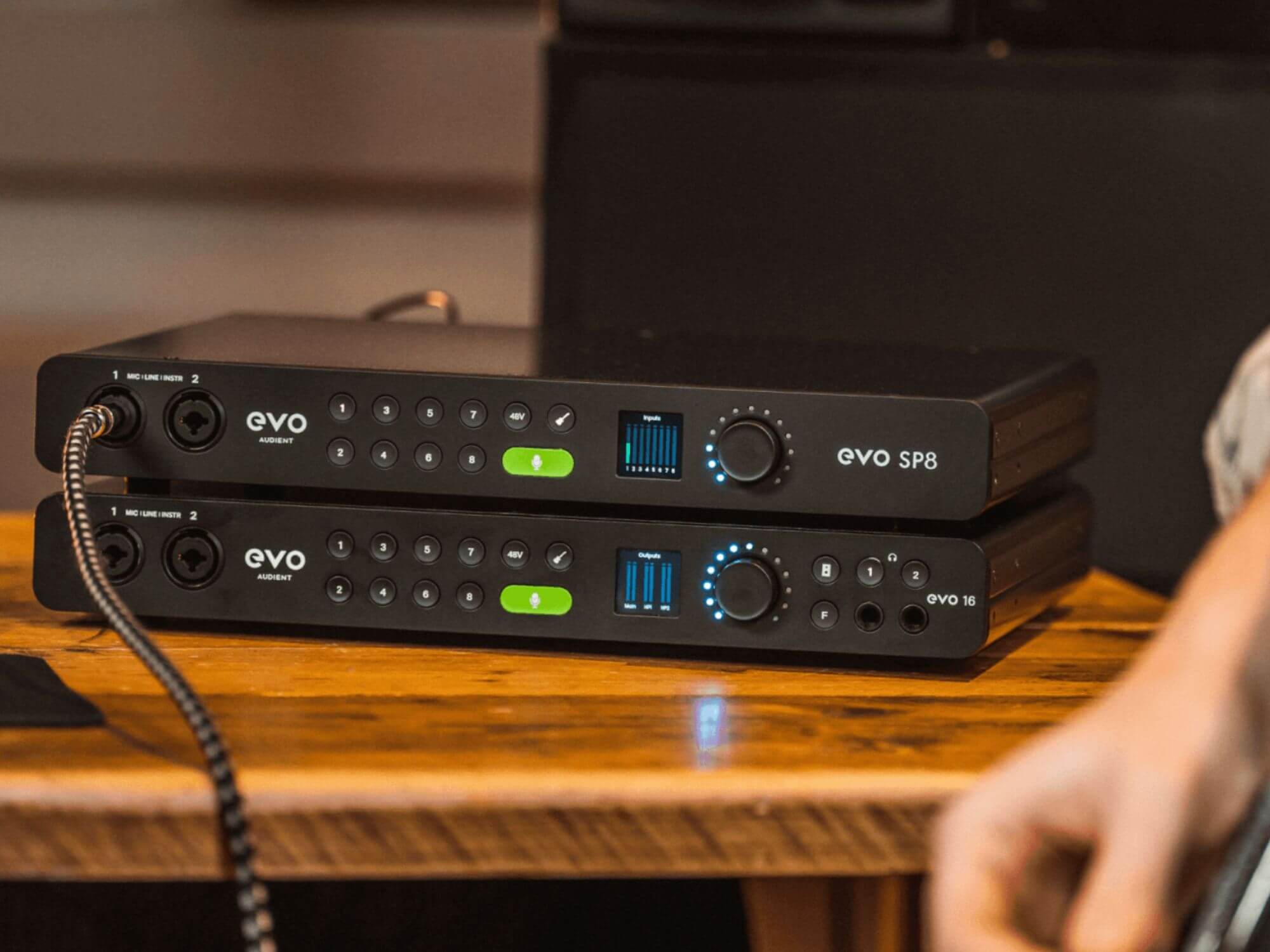 Audient has unveiled its latest addition to its range of microphone preamps, the EVO SP8, designed to expand the input channels on your current audio interface.

The SP8 preamp is designed to make tackling larger projects easier, and allow you to record more instruments simultaneously. You can attach this to your current audio interface and eliminate the need to purchase a new one when bigger opportunities are presented.

An eight-channel microphone preamp, the EVO SP8 comes with built-in A-D and D-A conversion, which the developers state will make the perfect expander for ADAT-equipped interfaces.

Already billed as “the mic preamp of the future” by Audient, the SP8 sports an almost identical appearance to the previously-launched EVO 16 model.

Features that the SP8 and EVO 16 share include channel selection, function switches and large rotary control. In addition, both also harbour the high-res, full-colour LCD screen that provides a wide viewing angle. This design efficiently displays the most relevant information, depicts metering levels and is controlled using the lone, centralised knob.

The SP8 is also equipped with Audient’s Smartgain functionality, which is seen in the rest of the EVO range. By incorporating this feature, the device can automatically set each of its channels to the optimum gain setting based on the incoming signal, which should make sound checks a much quicker process.

“If you’re expanding your current non-EVO audio interface, you get up to eight channels of simultaneous Smartgain with SP8,” explains Audient’s marketing director, Andy Allen.

“[This] not only takes the guesswork out of setting your levels, but also saves you time,” he added. “Soundcheck an entire band in less than 20 seconds. Imagine how that could transform a session and allow producers to stay focused on what’s important – making music.”

The EVO SP8 model is priced at £399 and predicted to ship within the first quarter of this year. Find out more on the brand’s website.