Audient’s ASP4816 consoles are shipping in Heritage and standard editions

The 48-channel Heritage Edition is said to take after Audient’s flagship ASP8024-HE. 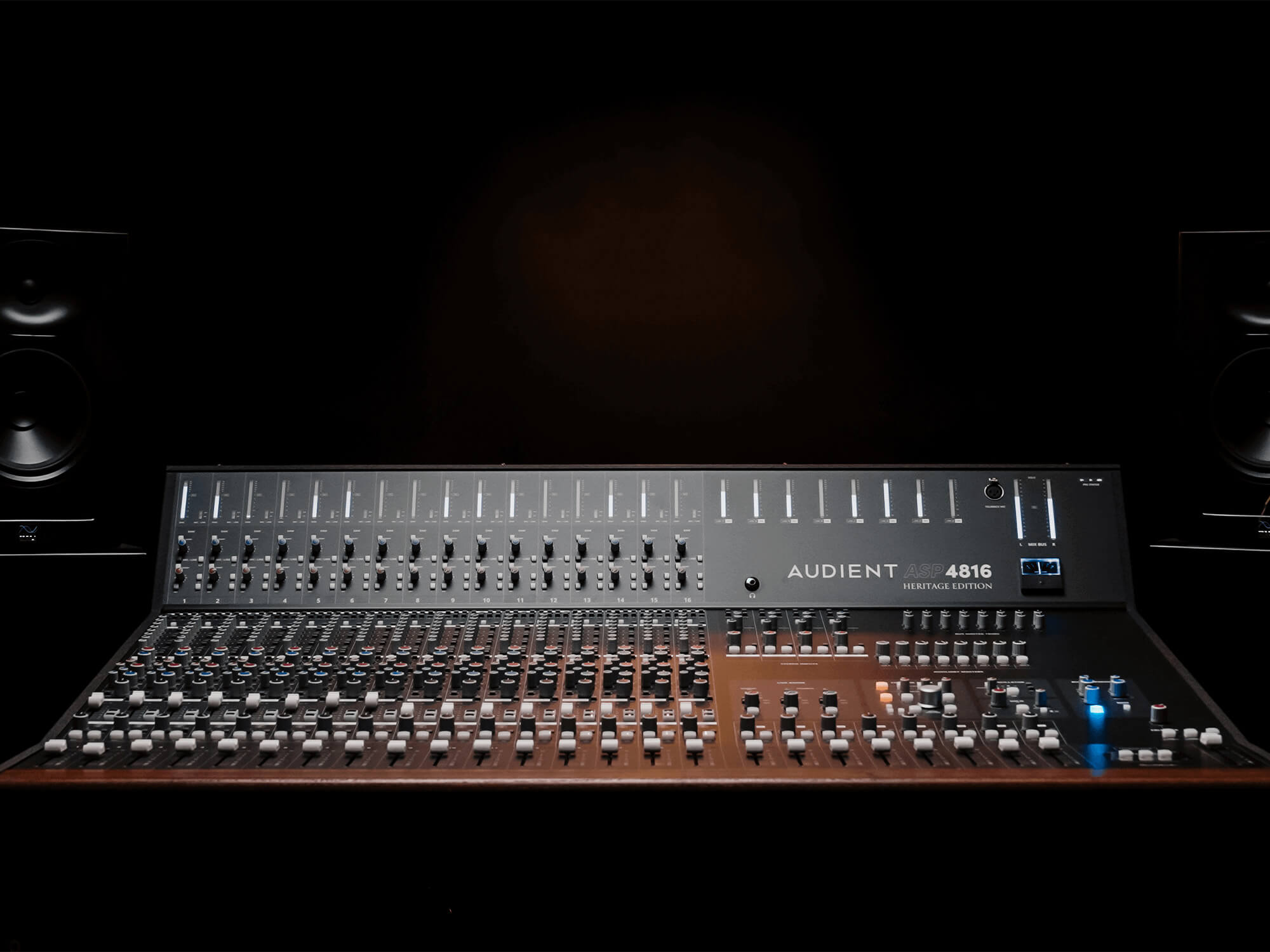 Audient’s ASP4816 console, which was previewed at this year’s NAMM Show, is now shipping in standard and Heritage editions.

Both the ASP4816-HE (Heritage) and ASP4816-SE (Standard) feature 48 inputs and 16 console mic pres. According to Audient, the ASP4816-HE Heritage Edition draws from the design of the British brand’s flagship console, the ASP8024-HE, packing new features and design.

Upgrades to the ASP4816-HE include vintage mix bus processing and John Hardy op amps on the mix bus output.

“The addition of the Vintage Mix Bus gives our customers the flexibility to add that much coveted analogue colour to their mixes and when utilised in tandem with the Mix Bus Compressor, they are the perfect tools to add the finishing touches to your mix,” says Audient’s marketing director, Andy Allen.

There’s also a real transformer drive alongside a low-bump and high-lift EQ, which are inspired by classic mastering EQs in that they offer wider, more spacious mix bus tones.

The ASP4816-SE, which also gets a new look, is said to be Audient’s most compact console board and was designed for small to mid-sized studios.

“We wanted to add value to our smallest console and provide a better user experience, without affecting its affordability,” said Allen.

Learn the differences between the two consoles, here.