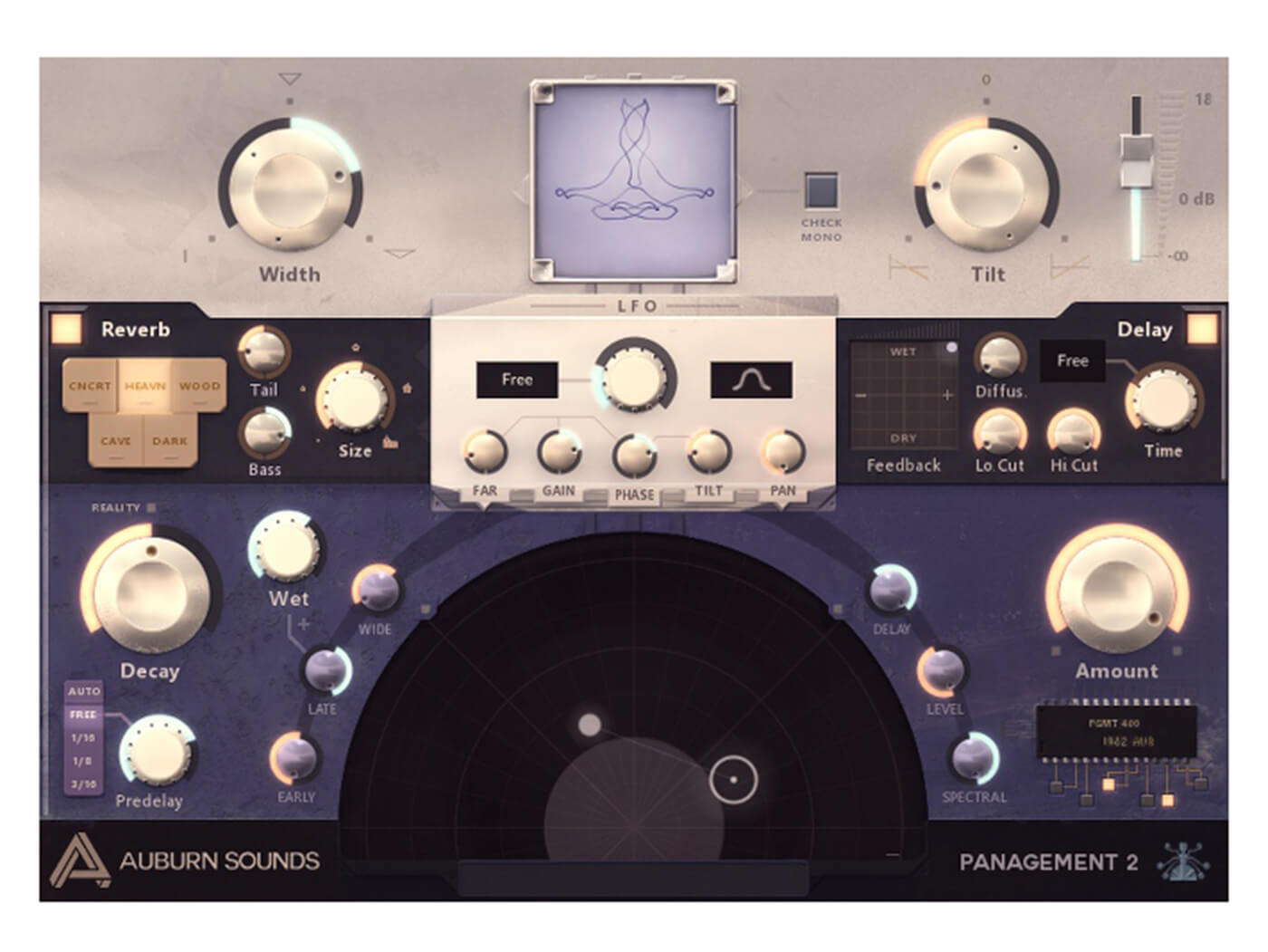 The new version offers the same binaural panning and distance modelling features as its predecessor. However, it has four new updates:

The plug-in’s mode of operation is interesting – you position a source in visualised binaural field, you can make tracks enter or exit the mix by fading into reverb.

Besides the lush hall reverbs mentioned earlier, Panagement 2 also lets you create tempo-synced modulations as well as delays with taps that are placed binaurally.

A free version of Panagement 2 is now available. The only difference is the exclusion of the new delay function and the GMT-400 mod chip.

The full version of Panagement 2 retails at €24.65. More info at auburnsounds.com.