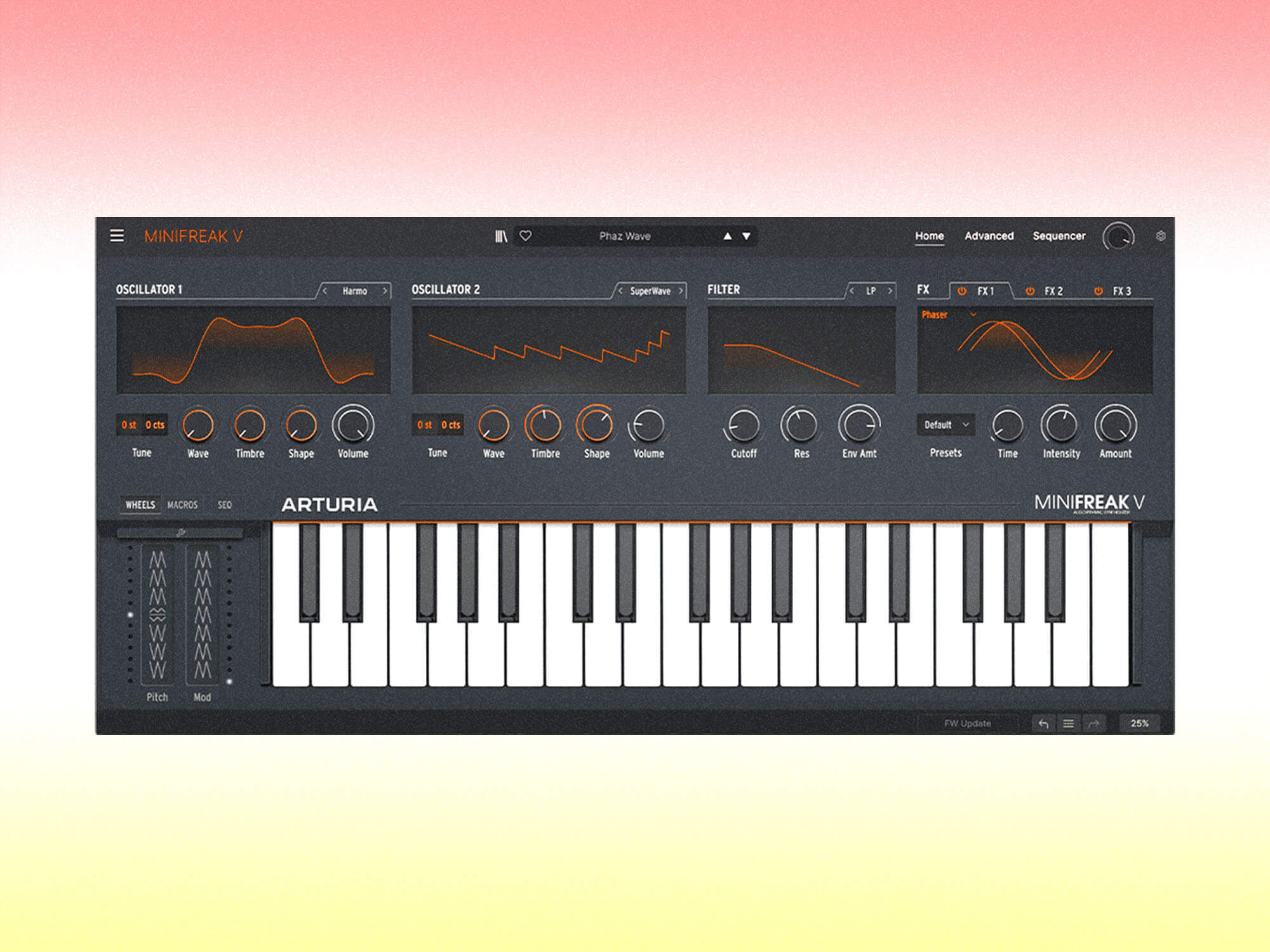 Arturia launched of MiniFreak V, a virtual instrument that replicates the company’s recently-released MiniFreak synthesizer, as a standalone product.

The MiniFreak V software is a like-for-like emulation of the synth, which was released in October 2022. It was initially made to simply accompany its hardware counterpart exclusively for owners of the synth but now Arturia has is offering the software as its own standalone virtual synth.

Described as a spontaneous algorithmic synthesizer, MiniFreak V combines “identical digital engines with perfectly modeled analogue filters”, the brand says, with dual sound engines and ‘analogue’ response modelled around the original’s polyphonic multimode filters. One of the benefits of MiniFreak V, is that you can set up more automation and sequencing in your DAW, and express yourself in a more accurate way.

As with the hardware synth, MiniFreak V hosts beautiful analogue-style FM bass, cinematic brass pads and “shimmering” leads. The synth’s modulation matrix is there in digital form, while there’s also a unique and unpredictable combined sequencer and arpeggiator feature. There are also, as with the original, three stereo effects slots with nine effects to choose from.

Upon its solo launch, the MiniFreak V has received improvements to its UX/GUI as well as a new ‘+’ feature in the modulation matrix, so knobs can be assigned faster.

In our review of the original Arturia MiniFreak, we commended its massive sonic capabilities and arpeggiator feature. We concluded, “It’s tough to believe the richness and character you can coax from such a compact, almost cute, instrument. Thanks to its cleverly conceived panel layout and performance controls that keep every parameter within reach, playing with the MiniFreak is never frustrating.”

We’ll add a link to more information about the MiniFreak V here when one is available.