The updates add Mac Studio optimisation for all three programs. 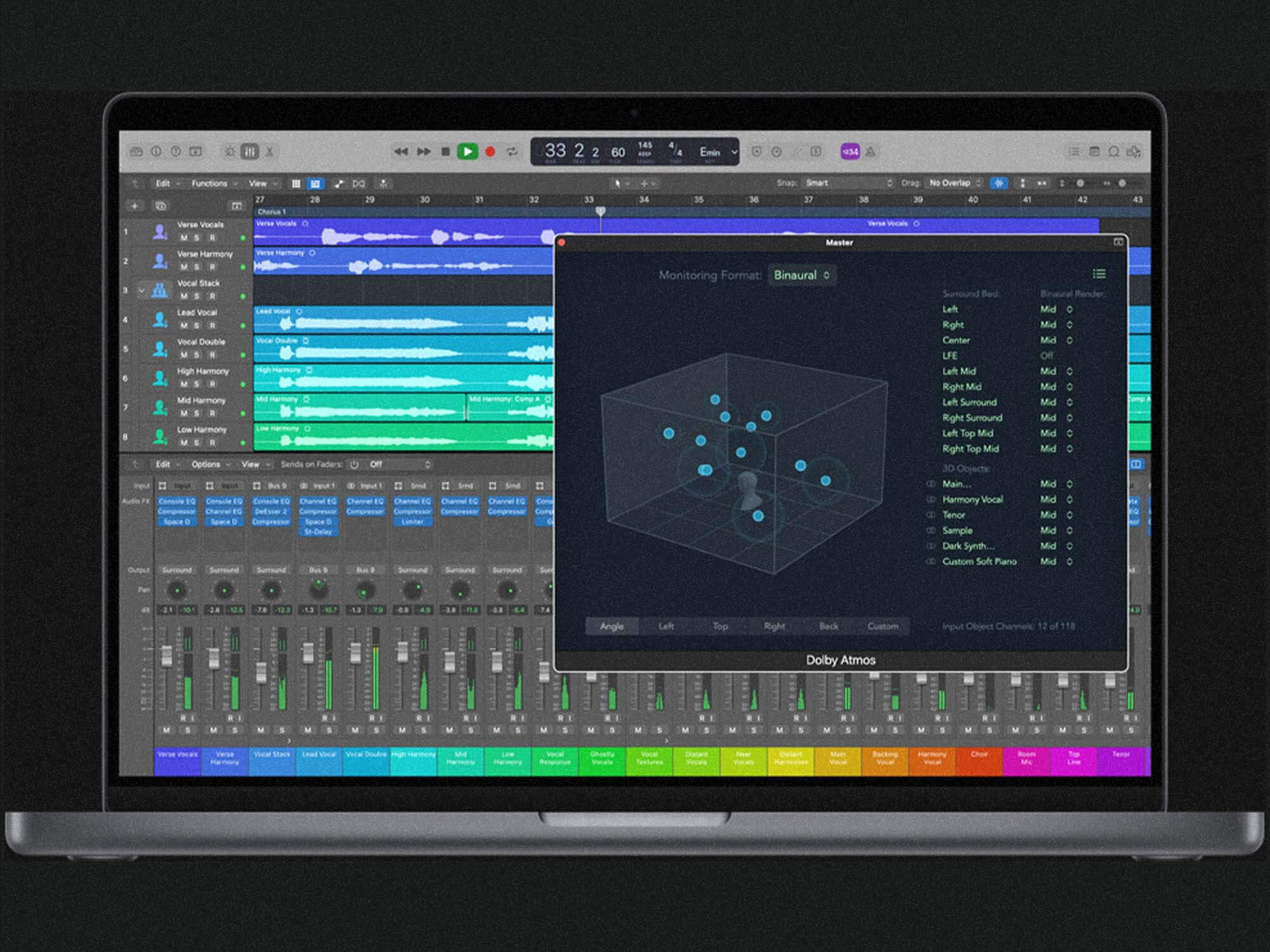 Apple has released updates for Logic Pro, MainStage and GarageBand, bringing minor upgrades to the three music-making programs along with optimisation for the newly launched Mac Studio.

The 10.7.3 update of Logic Pro adds spatial audio compatibility for Apple headphones: the AirPods Max, AirPods Pro, AirPods (3rd Generation), as well as on the Beats Fit Pro. Producers can now create and mix music in three-dimensional audio, so long as they have a Mac with Apple silicon and MacOS Monterey version 12.3 or later.

For mixing in Dolby Atmos on Logic, the Apple Binaural Renderer plug-in runs in tandem with spatial audio features, providing a visual representation of your monitoring setup.

Finally, 10.4.6 update to the free GarageBand brings stability improvements and bug fixes. What’s also new is the ability to control the Go To Left and Go To Right Locators through key commands as you cycle between projects.

All of the updates are free for existing users and are currently available to download from the Mac App Store.