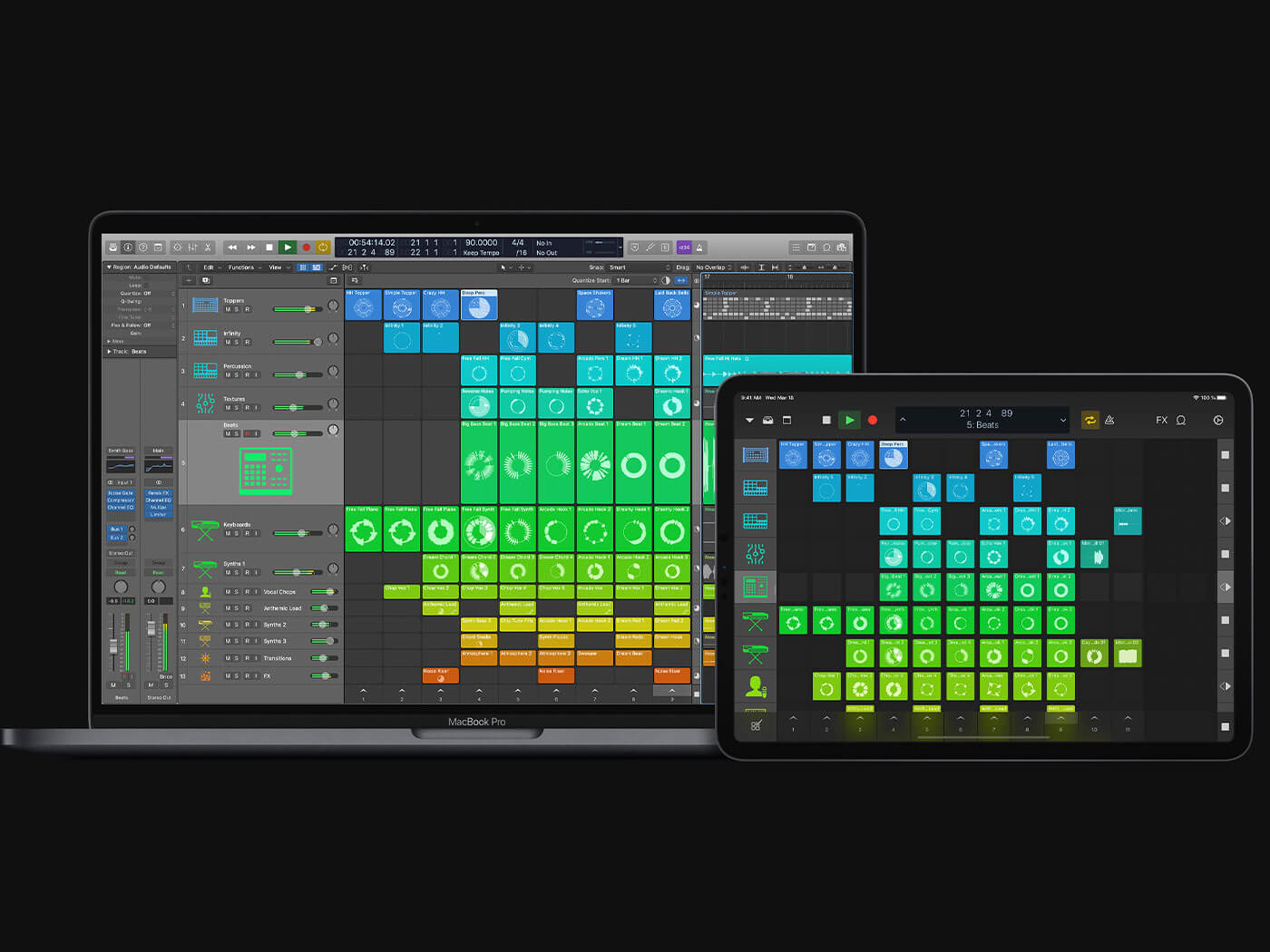 We had a vague glimpse at what Apple might have been planning with Logic Pro X after an apparent image leak on its site. But today, the California-based tech giant confirmed suspicions with the biggest update to Logic Pro since the release of version X. The Logic Pro X 10.5 update does indeed boast new live looping features, similar to those found on Garageband for iOS, along with a host of new beat-making and sampling tools, plus optimisation for new Mac hardware. Newcomers can still take advantage of Logic Pro X’s 90-day trial and get to grips with the DAW with our Logic Pro Tips video tutorials.

Rivalling the workflow Ableton Live and Bitwig Studio are favoured for, Logic’s Live Loops give producers the ability to create music in a nonlinear fashion – an approach which has proven ideal for sketching out ideas and performing sets with Live and Bitwig. Loops, samples and recording can all be launched from the grid, and can be transferred to the arrangement panel to construct into an entire track. 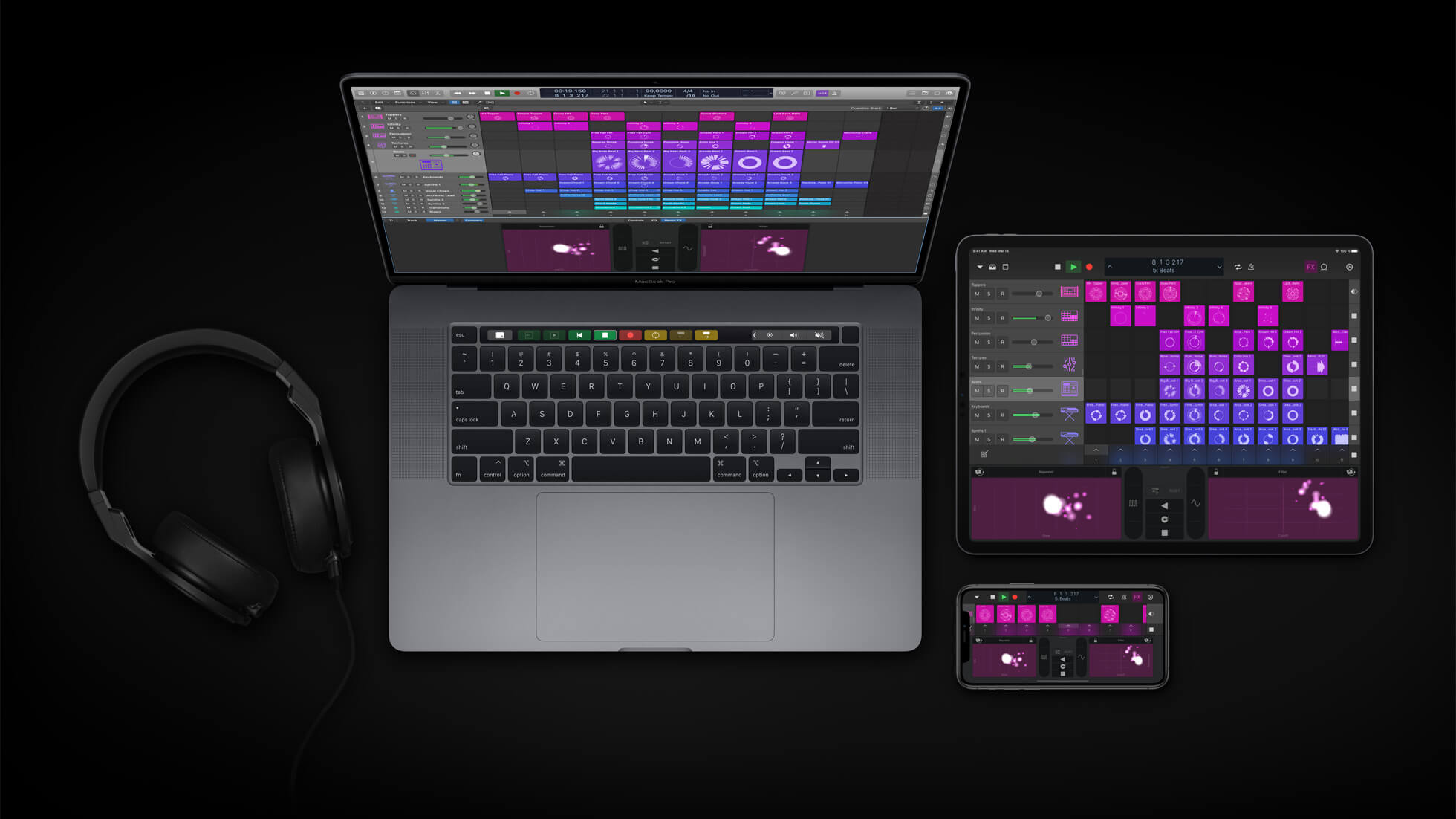 An added feature, Remix FX, brings further creativity to the Live Loops workflow, with a collection of electronic effects. This includes a bit crusher, filter, gate and repeater, all of which can be used in realtime over individual channels or on the master. Hook yourself up to the free Logic Remote app on iOS and you’ll have swift, hands-on control of Live Loops and Remix FX.

While the EXS24 is favoured by producers for its versatility and advanced features, it’s fair to say it’s been due an upgrade for a while. Sampler is the successor to EXS24, representing “the next generation of the popular industry-standard EXS24 plug-in with an all-new modern design and expanded sound-shaping controls”, Apple says. Sampler maintains full backwards compatibility and provides users with the tools to create and edit multisampled instruments, with a simple drag-and-drop function that is designed to make complex tasks a breeze.

The aptly named Quick Sampler is a new tool that lets you turn an individual sound into a playable instrument in seconds. By navigating through Logic’s library, the Finder window, or Voice Memos you can quickly load in a sound to use as an instrument with sound-shaping tools to adjust the new instrument to taste. If inspiration is sparked up through an external sound you’ve discovered, you can record straight into Quick Sampler for immediate instrument creation to play across a keyboard. 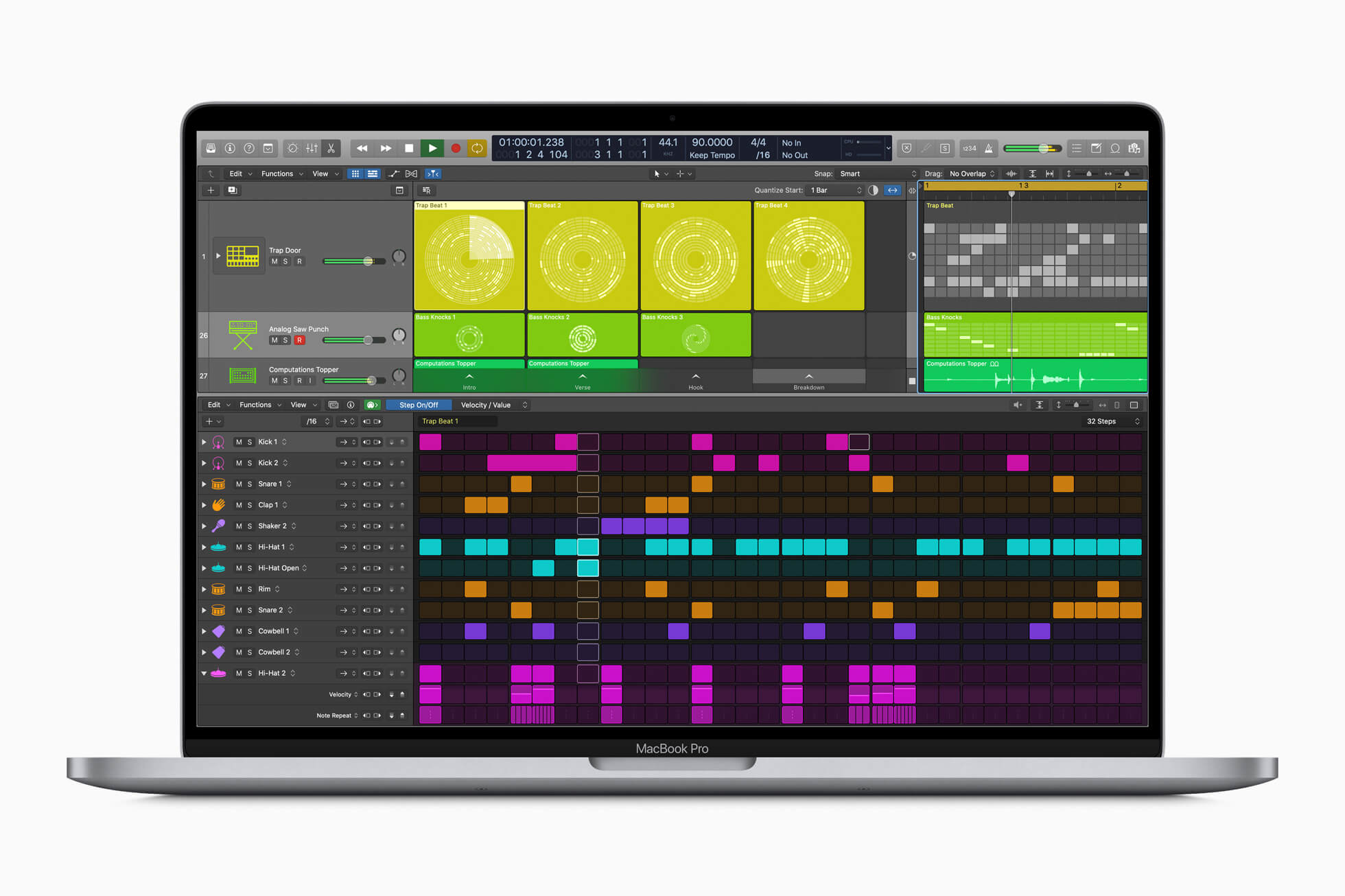 Step Sequencer is “designed to make it fun and easy to program beats, bass lines, and melodic parts”, Apple says. Sporting an interface that’s inspired by classic sequencing workflows, Step Sequencer packs powerful editing options to create original parts with control over velocity, repeat, gate, skip, playback direction and randomisation, which can be applicable to a ton of musical styles and genres.

Drum Synth gives beatmakers a vast range of synthetic kick drums, snares, toms and percussive sounds, each with their own dedicated sound-shaping parameters. Its sounds can be deployed on any pad within Drum Machine Designer, where it can be layered and blended with samples for some creative sound design.

The pad-based Drum Machine Designer has been enhanced to integrate with the new sampling and beat-making tools. Each pad can be loaded with Quick Sampler and Drum Synth sounds, giving you the flexibility to edit and shape individual kit sounds. Once a kit is built, it can be played in realtime, or programmed with Step Sequencer. 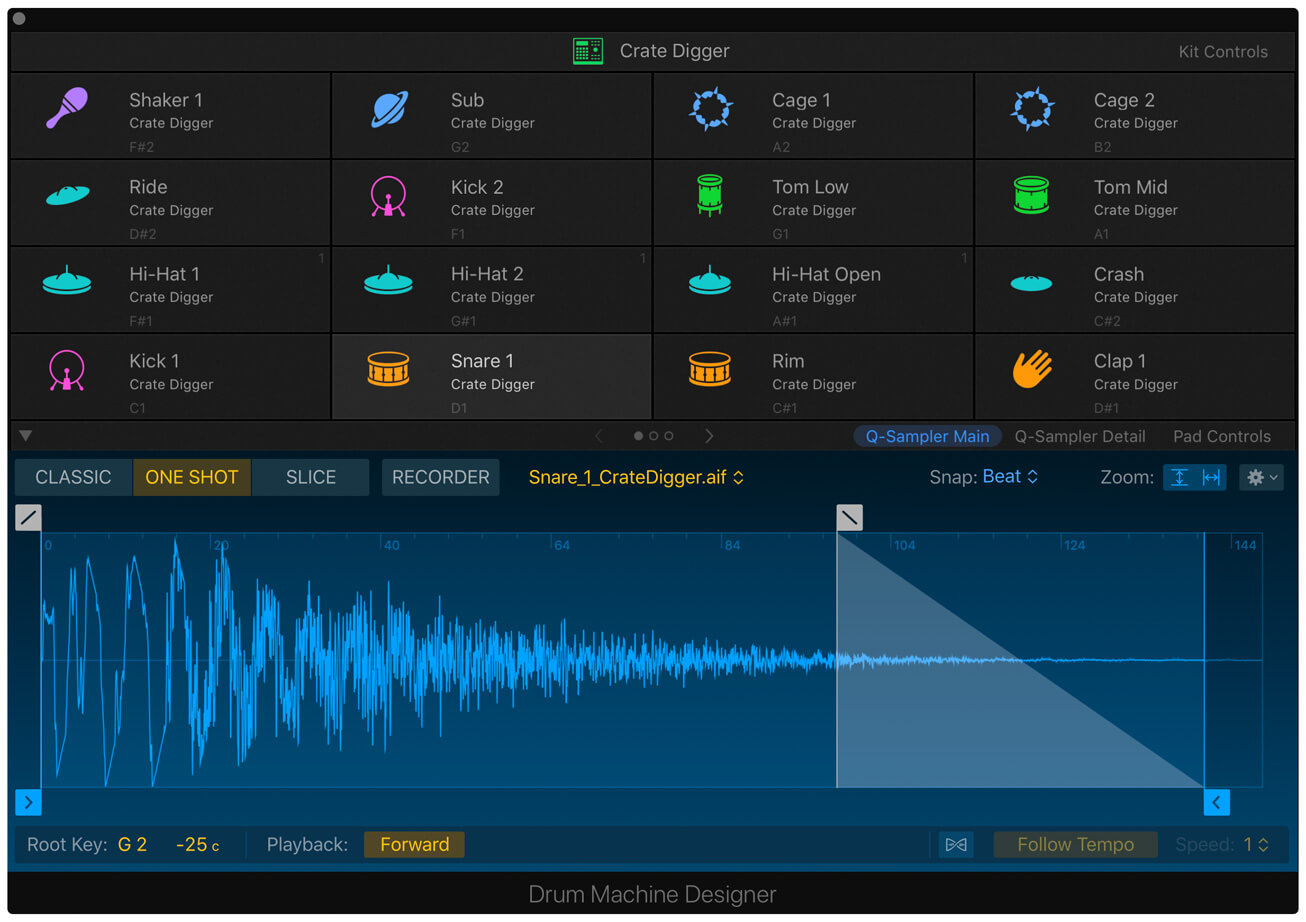 The free iOS companion app, Logic Remote, gets a major update to allow the triggering of sounds in Live Loops, browsing and adding loops and deploying effects to a session with Remix FX.

With the latest Mac hardware seeing improvements across the board, it’s only right that Logic Pro X 10.5 can take advantage of the newfound power Apple’s computers boast. Apple says that this helps deliver “incredible performance when working with the most demanding projects with thousands of tracks and hundreds of real-time plug-ins”

“The Mac and Logic Pro X are essential tools used by the world’s top musicians and producers to create the music that we all love,” said Susan Prescott, Apple’s vice president of Apps Product Marketing. “Logic Pro X 10.5 represents the biggest update to Logic since the launch of Logic Pro X, with powerful new tools that will inspire every artist — from those just getting started with Logic, to those already using it to produce Grammy Award-winning albums. We can’t wait to hear what these artists create next.”

To learn Logic Pro X from the ground up, head to our YouTube Channel, where we will soon be providing lessons on the new features of the DAW.