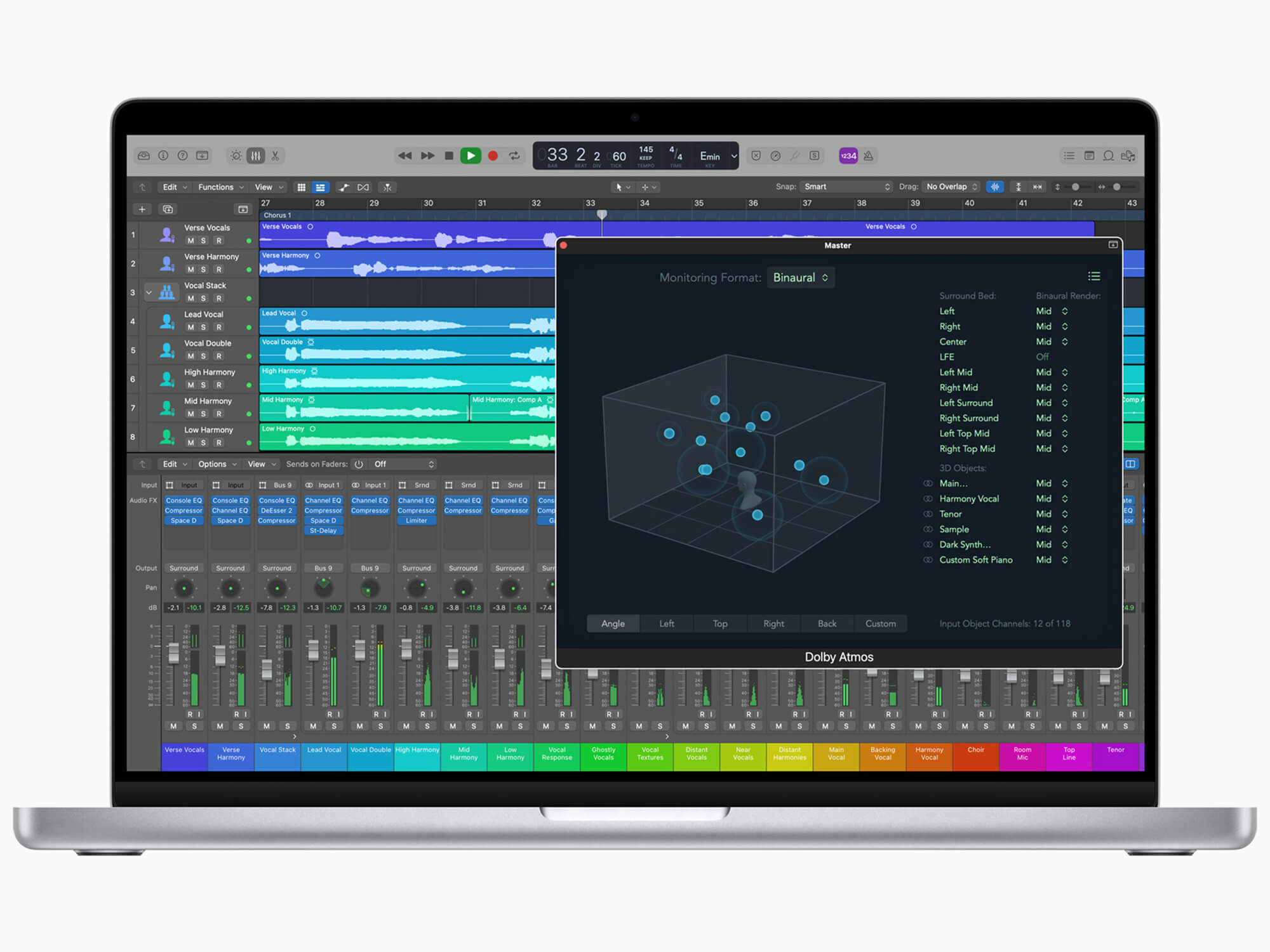 Alongside Apple’s announcement of the M1 Pro and M1 Max chips for the new line of MacBook Pros came news that producers will now be able to mix in spatial audio for Dolby Atmos within Logic Pro.

Creating and exporting music in the Dolby Atmos format should now be easier, thanks to an array of spatial audio tools now found within Logic Pro. According to Apple’s press release, “Logic Pro allows anyone to author their songs as Dolby Atmos music files compatible with Apple Music.”

New mixer and pan controls are available in the DAW to allow swift mixing across the surround channels supported by Dolby Atmos. 13 of Logic Pro’s stock plug-ins have been updated with spatial audio functionality for even more control. This includes Space Designer, Limiter, Loudness Meter, Tremolo and more.

The update includes the original multitrack project of Lil Nas X’s Montero (Call Me By Your Name), with a Dolby Atmos spatial audio mix available, too.

Apple says that “spatial audio represents the next generation of sound with its revolutionary audio experience and true multi-dimensional sound and clarity.”

Plus, MacBook Pro M1 Max users will now be able to run three times as many plug-ins within Logic Pro. This is due to Logic Pro being an Apple Universal app, designed specifically for macOS Monterey and the Apple Silicon architecture.