Here’s what the latest Apple products mean for music creators and fans. 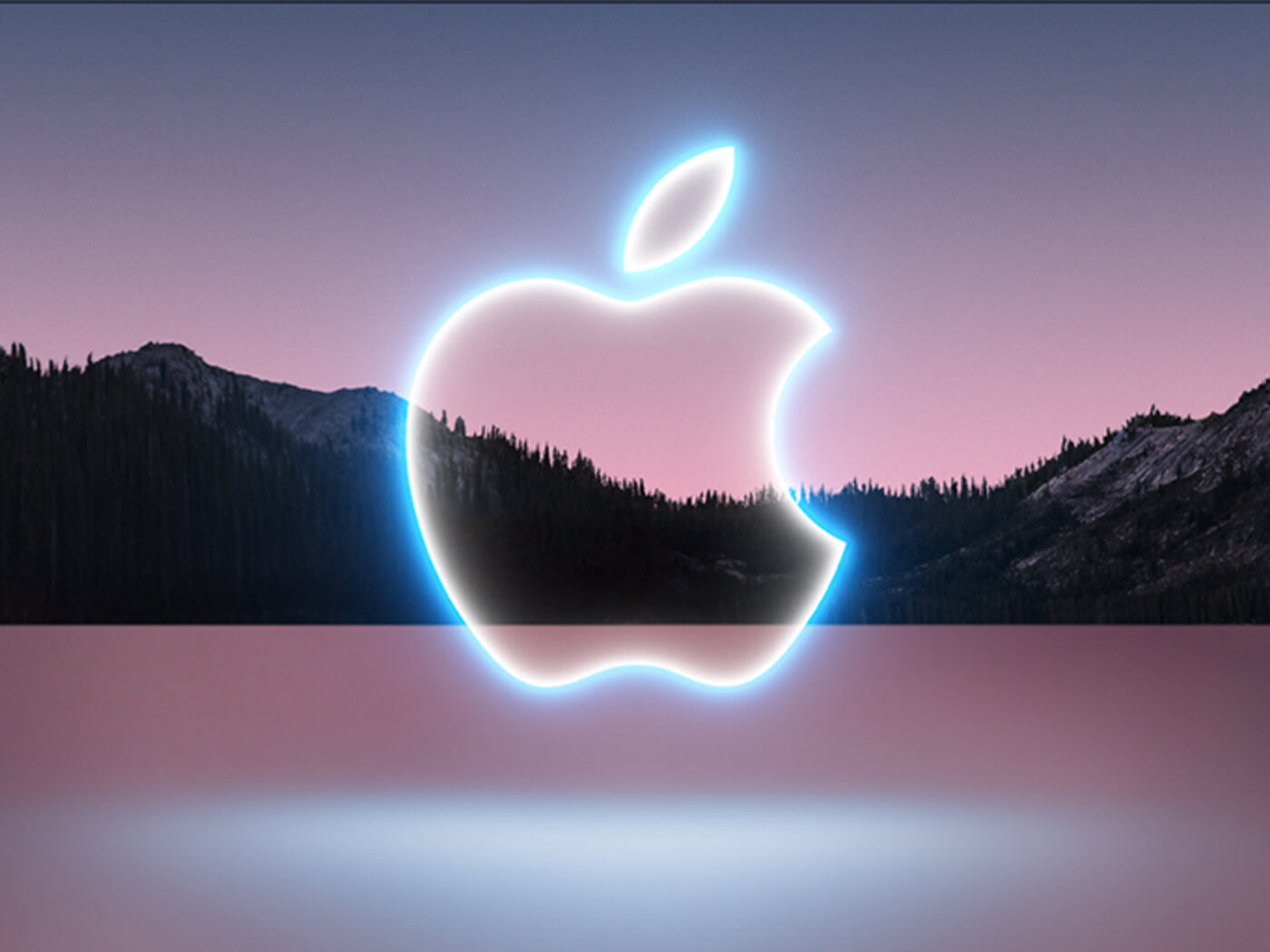 Every September, millions tune in to the Apple Event to learn about new product releases from the Cupertino tech giant. This year is no different, with rumours abound of new powerful Apple Silicon MacBooks, iPhone 13, new iPads, AirPods 3 and more.

As music creators and lovers, we’re keen to learn how these new products can enhance the music-making experience.

Here’s what’s new from Apple this year and what it means for music-makers. 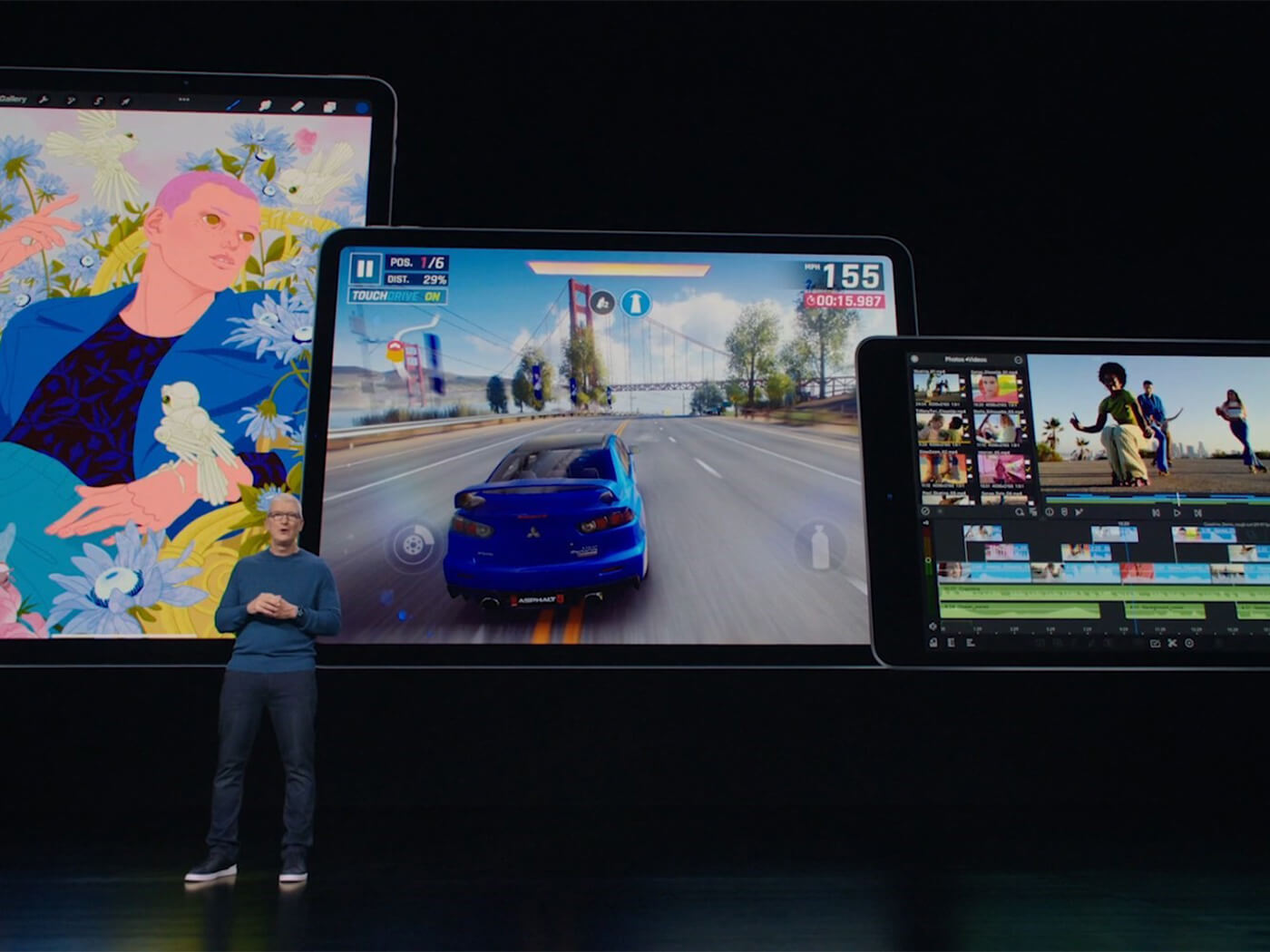 A new 12MP camera and the Neural Network enable Apple to integrate the iPad Pro’s Centre Stage feature into the more affordable range of iPads. Although this is a feature primarily for video calls, it’s also useful in keeping you as the focus on TikTok and Instagram videos and while you’re streaming to your audience.

iPadOS 15 is “immensely capable and easy to use”, according to Apple.

Apple’s latest iPad model is affordable too, with the 64GB model starting at $349 for regular customers and $299 for students, and is available from today.

iPad Mini starts at $499 and is available in 5G cellular and wifi-enabled models. 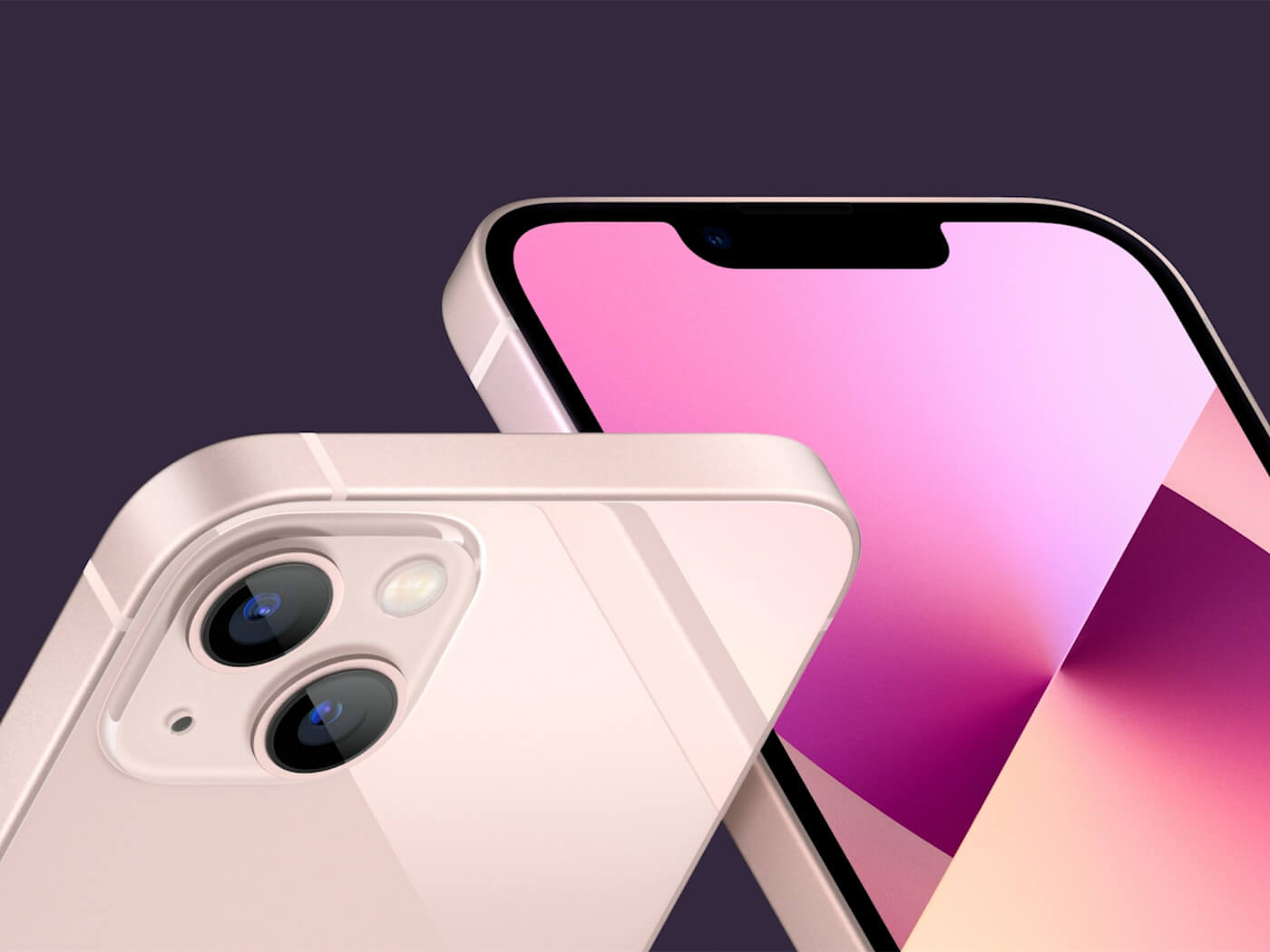 iPhone 13 sports an A15 Bionic chip including a 6-core CPU – which includes four high-performance cores and two energy-efficient cores. This chip is said by Apple to be 50 per cent more powerful than any other phone on the market. It’s also built with an improved GPU and a Neural Engine that can carry out 15.8 trillion operations a second.

As Apple puts it, “A15 is a powerhouse”. This could open up some incredible possibilities in mobile music-making apps. Check out a quick look at the specs below. 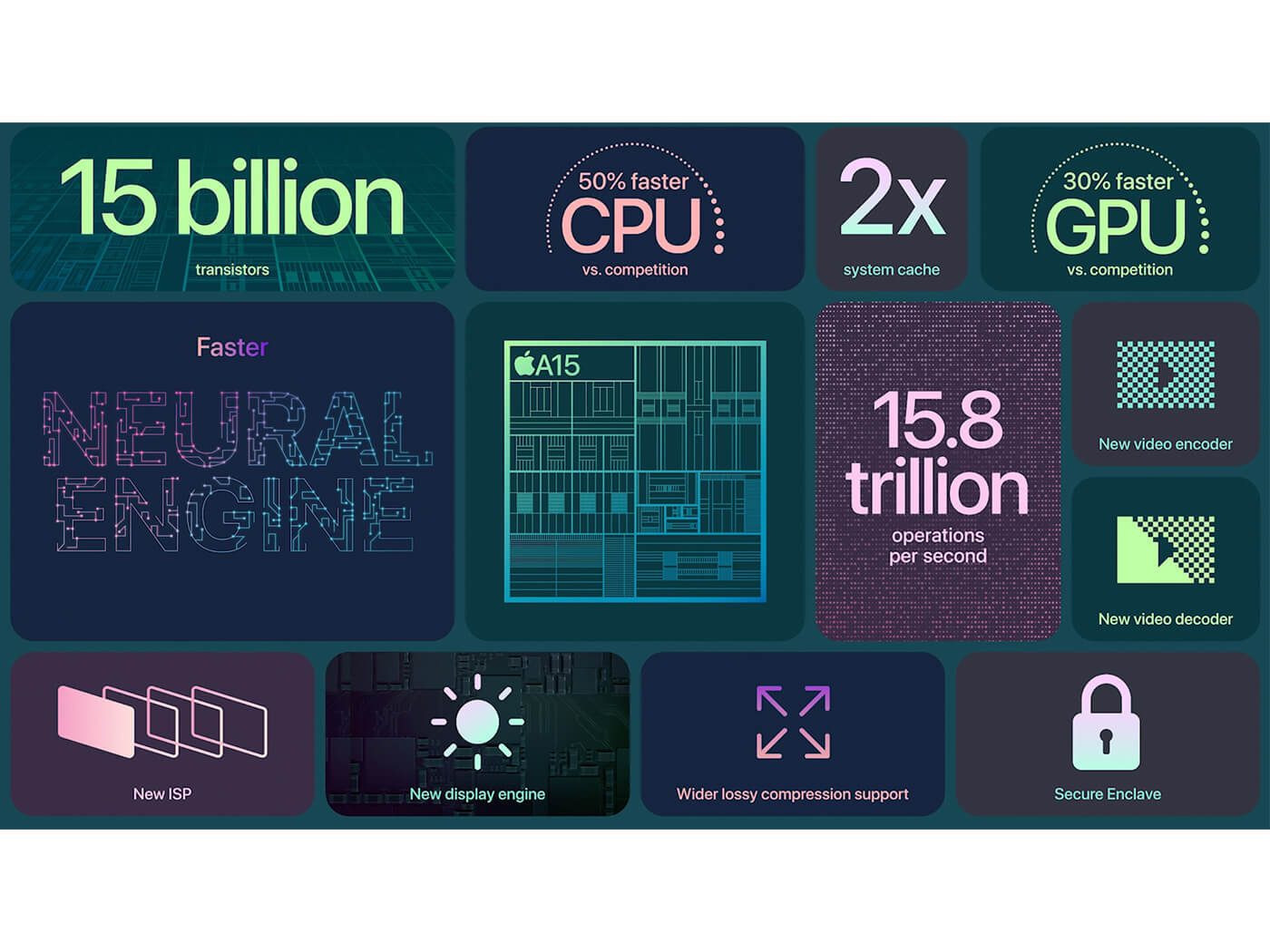 The iPhone 13 has some impressive video capturing technology, with a new Cinematic mode. This allows for a rack focus effect to shift the focus of a subject during a video. Cinematic mode automatically changes focus in realtime when a person enters the frame or looks away from the camera. 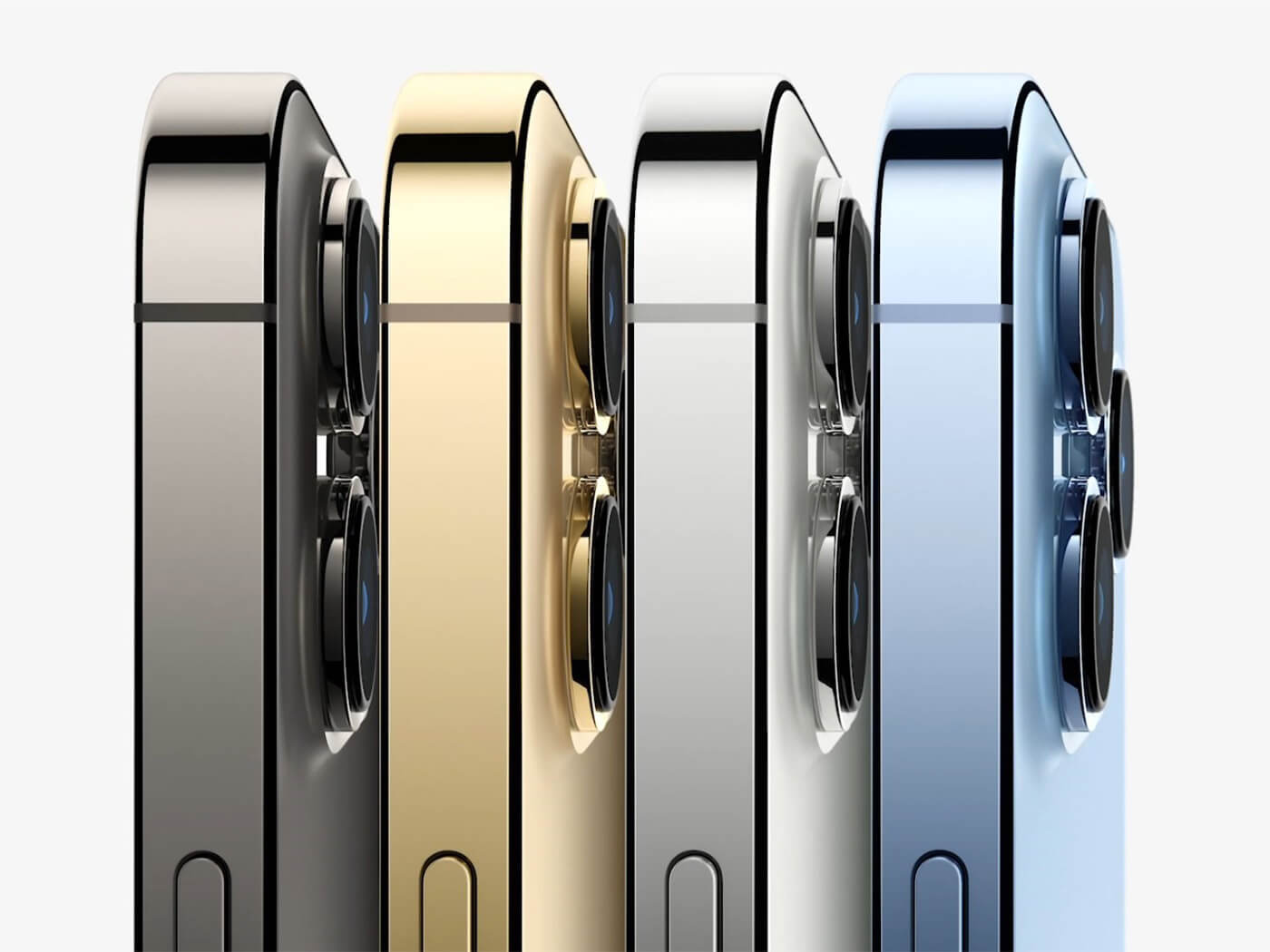 iPhone 13 Pro and Pro Max appear to have a focus on impressive new computational camera features. The triple-camera design sports the A15 Bionic chip with a five-core GPU, boasting “50 per cent” faster graphics than the nearest competitor, Apple says. It has a 120Hz ProMotion display that can provide 1,000 nits of brightness.

Academy Award-winning director Kathryn Bigelow claims that the iPhone 13 Pro and Max may spawn new genres and “change the language of cinema”. These may be bold statements, but it could mean a lot for musicians that are shooting low-budget music videos and visual content. 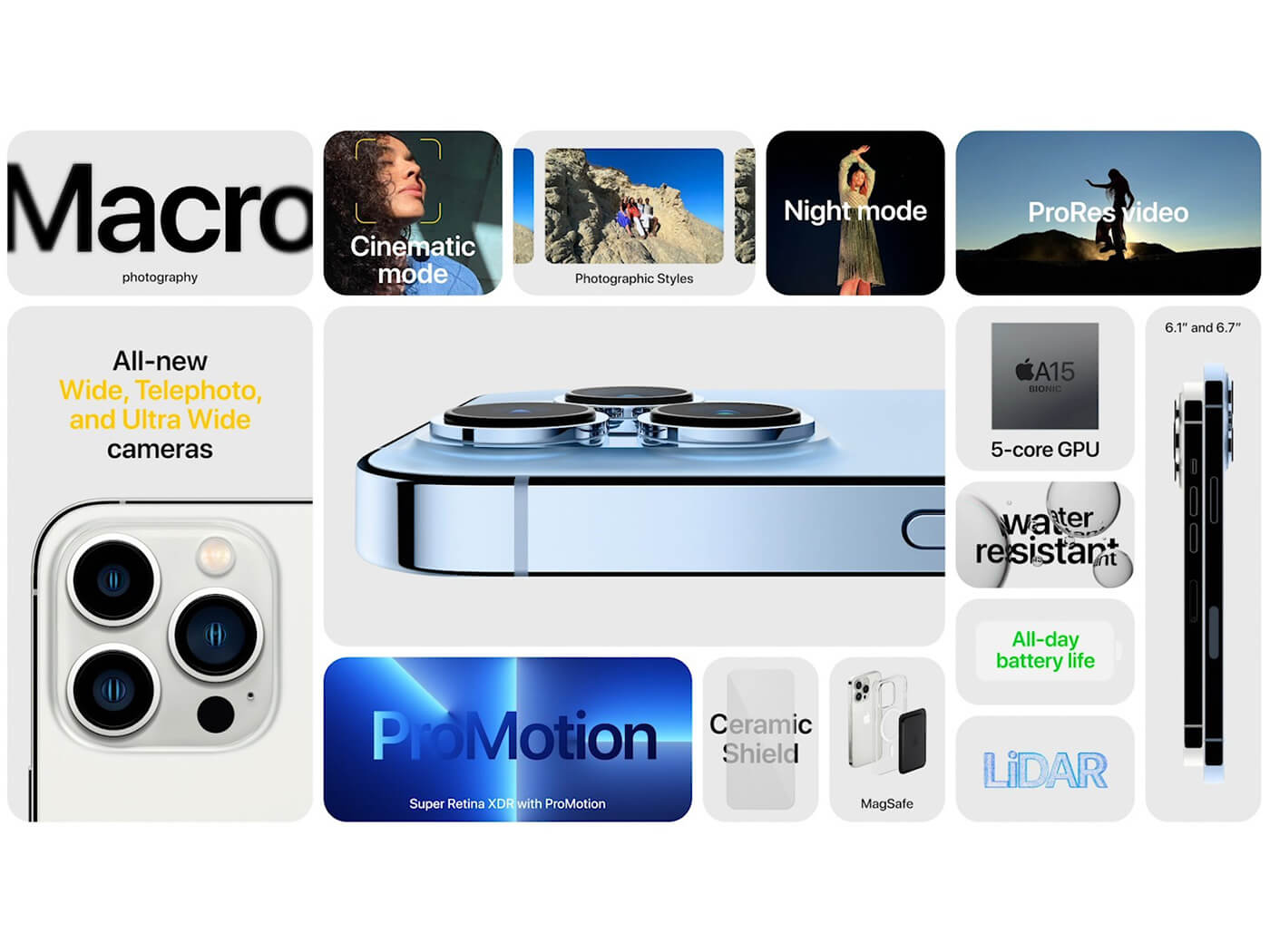 Check back here for regular updates of the Apple Event.