Spatial Audio with Dolby Atmos and Lossless will arrive at no additional cost for subscribers. 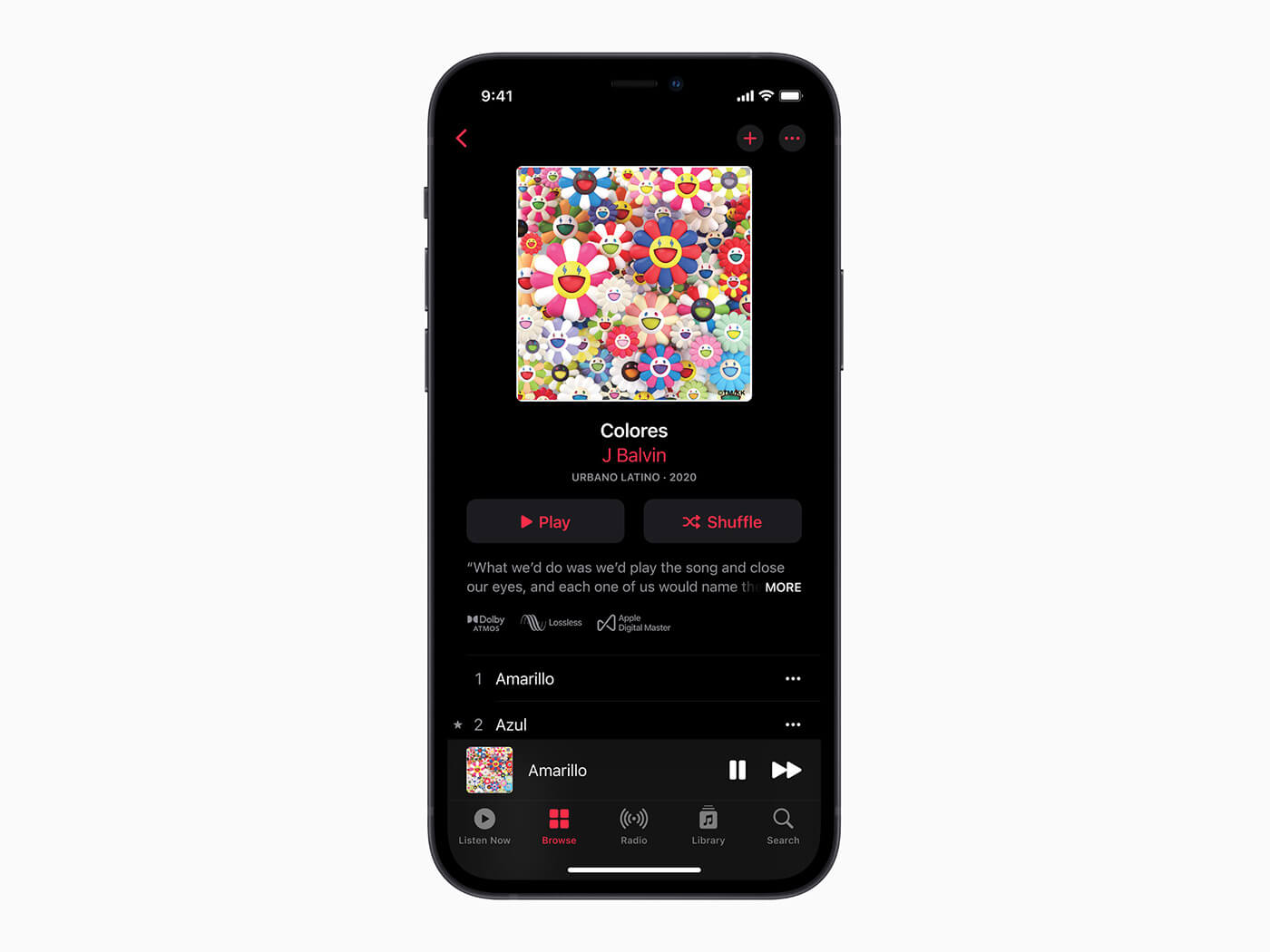 Following a 15-second teaser in the Apple Music app and various rumours, Apple has announced the imminent arrival of Apple Music Lossless and Spatial Audio support for Dolby Atmos streaming.

Subscribers will have access to 75 million songs in Lossless audio at no additional cost from June 2021. This means that subscriptions will remain fixed at $9.99 per month, per user. With regards to Dolby Atmos support, Apple says thousands of tracks will be available in Spatial Audio with Dolby Atmos at launch, with new additions on a regular basis.

AirPods, AirPods Pro and AirPods Max both come equipped with Spatial Audio features, and Beats headphones with an H1 or W1 chip will also support the listening format. These headphones will automatically play Dolby Atmos tracks, as well as the built-in speakers in the new iPhones, iPads and Macs, according to Apple – although it’s unclear how effective these speakers will be in achieving immersive listening experiences.

“Apple Music is making its biggest advancement ever in sound quality,” said Oliver Schusser, Apple’s vice president of Apple Music and Beats. “Listening to a song in Dolby Atmos is like magic. The music comes from all around you and sounds incredible. Now we are bringing this truly innovative and immersive experience to our listeners with music from their favourite artists like J Balvin, Gustavo Dudamel, Ariana Grande, Maroon 5, Kacey Musgraves, The Weeknd, and so many more. Subscribers will also be able to listen to their music in the highest audio quality with Lossless Audio.”

The tech giant says it will be collaborating with Dolby to make it easy for musicians, producers and mix engineers to create songs in Dolby Atmos. Could this mean Logic Pro will soon see support for the multidimensional listening format? If so, Apple is remaining hush about it, but says that the initiatives in place include “doubling the number of Dolby-enabled studios in major markets, offering educational programs, and providing resources to independent artists”.

Kevin Yeaman, Dolby Laboratories’ president and CEO says: “We are working with Apple Music to make Spatial Audio with Dolby Atmos widely available to all musicians and anyone who loves music.”

Meanwhile, Apple is using the ALAC (Apple Lossless Audio Codec) to “preserve every single bit of the original audio file” for 75 million songs. To start listening to tracks in Lossless, users can head to Settings > Music > Audio Quality. Different resolutions are available for different connections, including cellular, wifi or for download. The Lossless audio starts at 16bit/44.1kHz – the same as CD quality – and moves up to 24-bit/48kHz. Apple Music will also offer Hi-Resolution Lossless for streaming of tracks at 24-bit/192kHz.

In response to Apple’s decision to make Apple Music Lossless available to users at no additional cost, Amazon has announced it will no longer charge an additional fee for Amazon Music HD. Lossless streaming will be available to all Amazon Music Unlimited subscribers at the standard rate, Billboard reports.