Apogee launches Boom, its most affordable two-channel audio interface yet

The $299 compact interface is aimed at musicians and content creators. 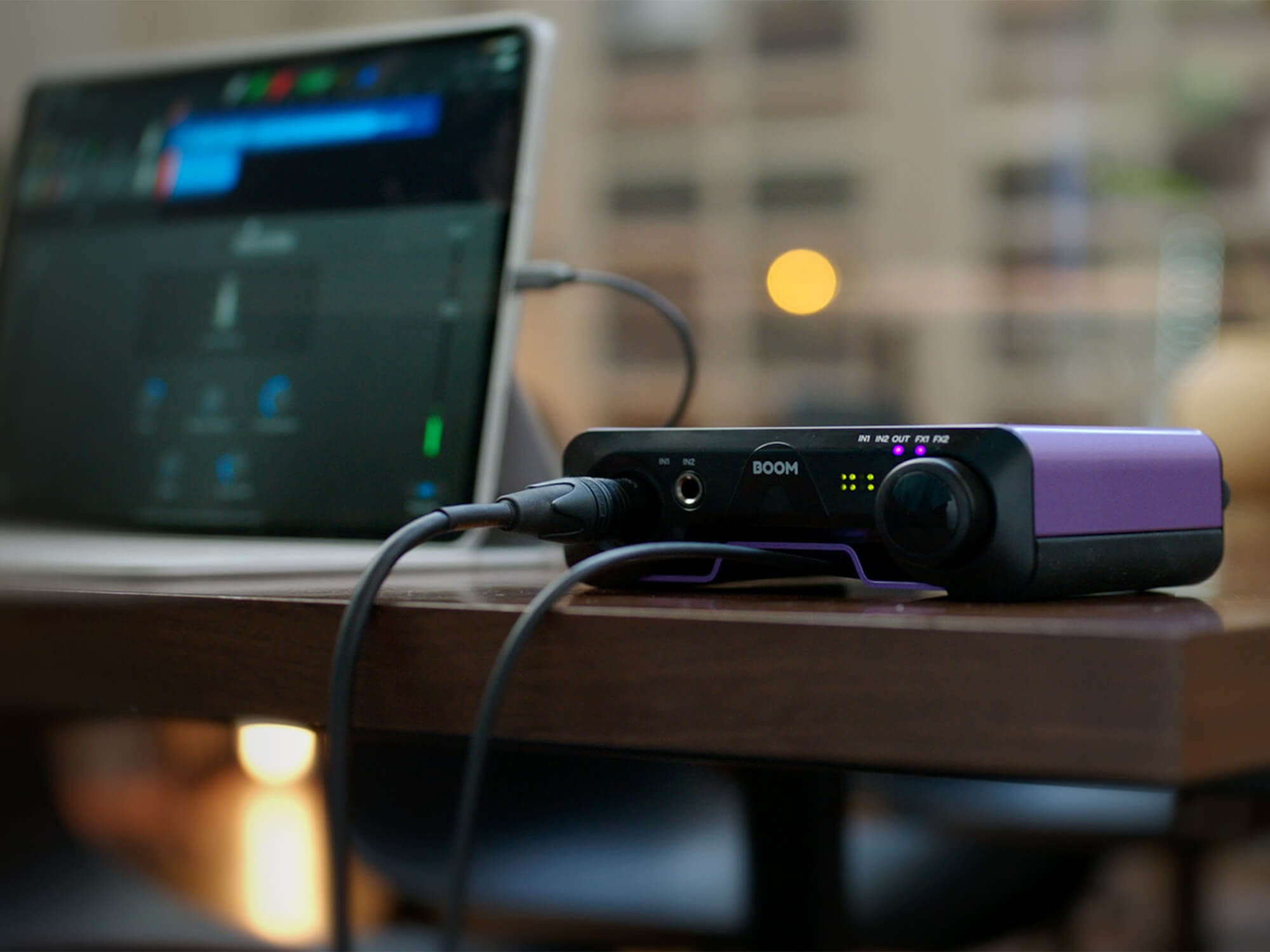 Apogee is looking to make a splash with its most affordably priced two-channel interface to date – here’s what you need to know about Boom.

Apogee is pricing Boom at $299 – which is considerably cheaper than its Duet 3 interface ($649). The new compact purple box comes with hardware DSP to help you get the most out of recordings.

Boom’s preamps provide up to 62dB of “clean, noiseless” gain, which is enough to feed power-needy microphones like the Shure SM7B without the help of a cloudlifter. The unit’s AD converters are also from Apogee and are said to offer “pristine” recordings.

Hardware DSP comes via the included Symphony ECS Channel Strip (usually $99) – tuned by Bob Clearmountain – which gives you the reins to a three-band EQ, compression and drive with zero latency.

You’ll also get Ableton Live Lite and Apogee’s Soft Limit plugin for free – and to top it off, a coupon that takes 50 per cent off any Apogee plugin or plugin bundle on its web store.

As well as for music-makers, Boom has some features for content creators. A loopback mode accommodates live streaming on platforms like Twitch; meanwhile the Apogee Control mixer lets you blend incoming signals with in-game audio, Spotify playlists, DAWs and more, all at once.

“Boom is made for passionate creators that pursue their creativity without compromise. Whether you’re a musician, podcaster, or live streamer, Boom will inspire you to take your projects to the next level, with legendary studio-quality sound by Apogee,” writes a press release.

Apogee Boom is available now at $299, learn more about it at apogeedigital.com