It includes a tube preamp and compressor, a four-band EQ based on vintage gear, along with a couple of guitar pedals and more. 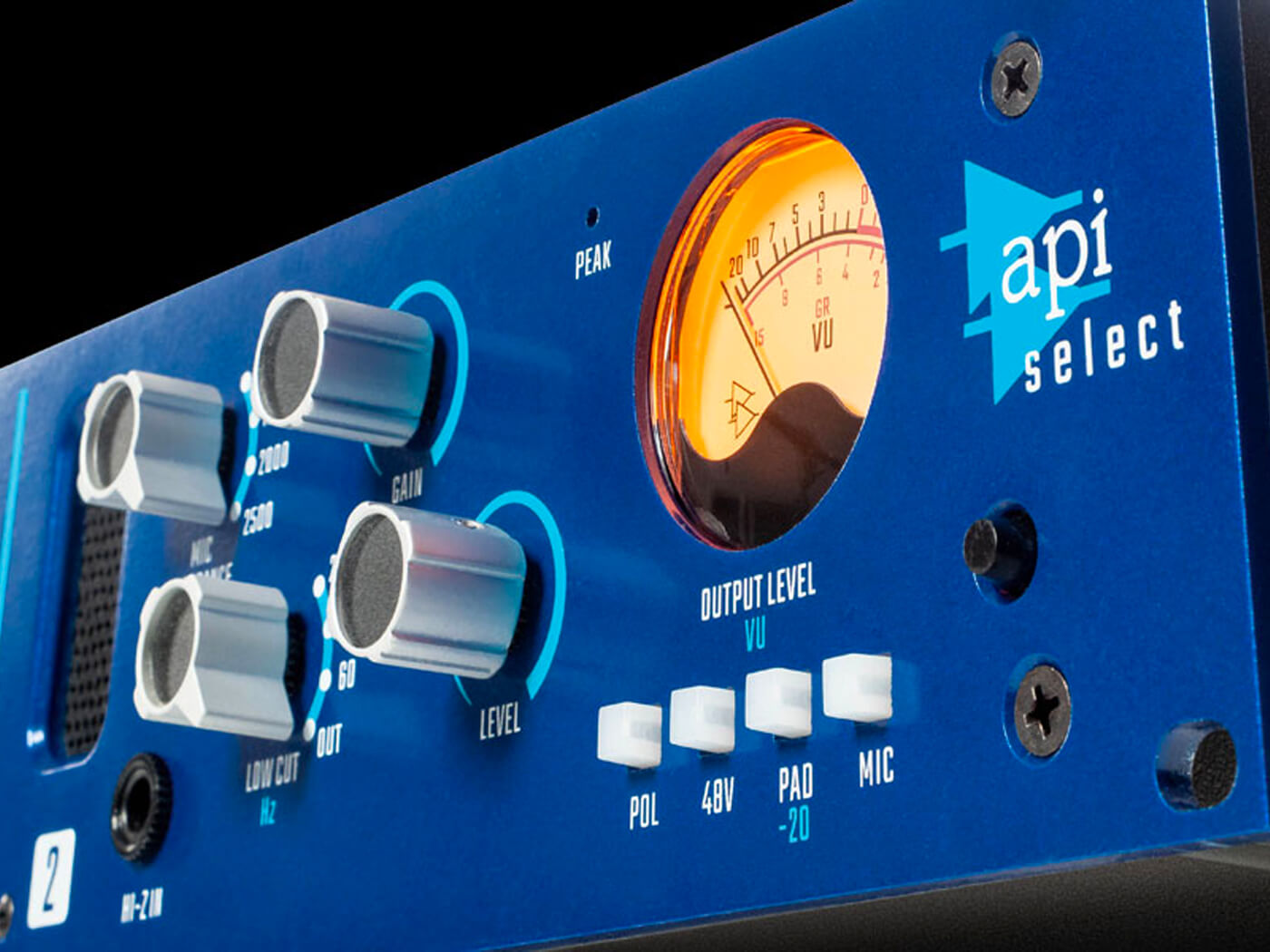 API Select is a new series of pro audio gear designed and built at API’s Jessup, Maryland facility. It comprises a tube preamp and compressor, a four-band EQ based on vintage gear, along with a couple of guitar pedals and more.

The pieces of gear are said to mark a shift from some of the heritage brand’s usual approach to builds.

“Over the years, we’ve acquired the technology and experience to engineer and produce audio products that don’t necessarily conform to API’s classic component structure or topography,” said API President Larry Droppa in a statement.

The new API Select T12 tube preamplifier is the first to highlights this, matching the brand’s proprietary AP2516 input transformer with 12AT7WC and 12BH7 dual-triode valves to offer a “distinctly different” take on the API sound.

Meanwhile, the SR24 EQ is said to be a “faithful re-engineering” of APSI’s model 562 EQ from the 70s and 80s, which was previously sold through API. This is a two-channel, four-band parametric EQ that’s touted to offer precise equalisation talents.

There are also two rack compressors in the series. The T25 Tube Compressor is a FET compressor with 11-step attack and release time switches, four fixed ratios and high-frequency side-chaining talents for de-essing.

The SR22 Two-Channel Compressor is based on API’s Thrust filter circuit, which affects audio fed into the side-chain detector by first cutting lows and boosting highs. API says that the circuit – also used in the 2500 Stereo Compressor – creates a “chest-hitting, punchy bottom end.”