A Eurorack module for ‘real-time’ sampling, editing and mangling. 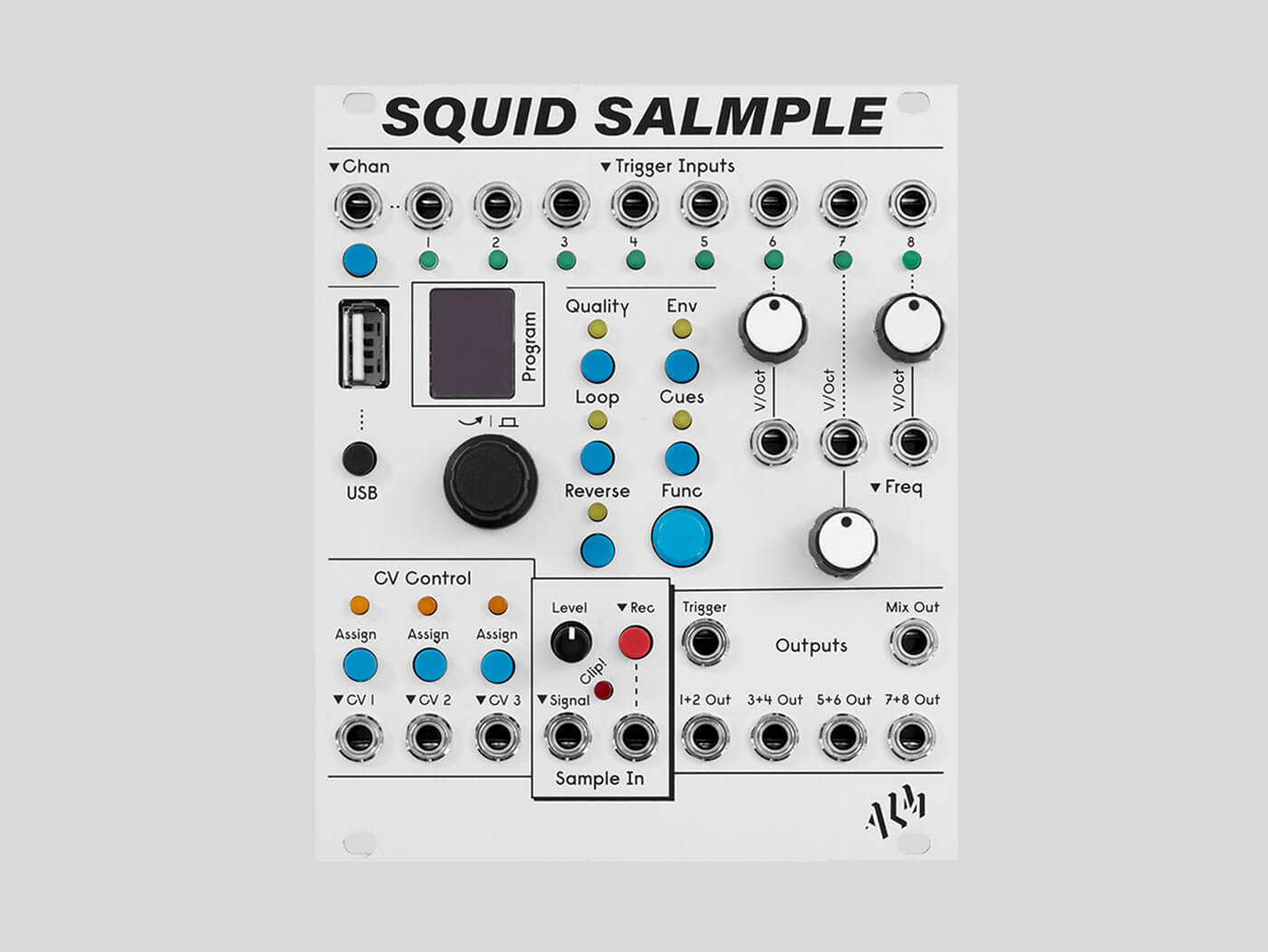 The device, which was showcased at Superbooth 2019, is designed to let you sample, edit and mangle both audio and CV in real-time. Onboard, you’ll find a user interface that’s similar in style to ALM’s Pamela’s Workout module – there are CV controls for all parameters as well as on-the-fly switching of sample banks.

The Squid Salmple also comes with a USB stick loaded with around 90 banks of royalty-free samples. These span classic drum machines, synths, field recordings and CV modulations. It’s also worth noting that both ALM and artists such as Russell Haswell, Solid Blake and Lauren Flax have contributed to the banks.

Rounding out the Salmple’s features are 11 seconds of sampling time per channel and dynamic pitch control for three of its channels.

Retails at £399. More info at busycircuits.com.