It lets you mix tracks, scratch and apply effects, all without touching your screen. 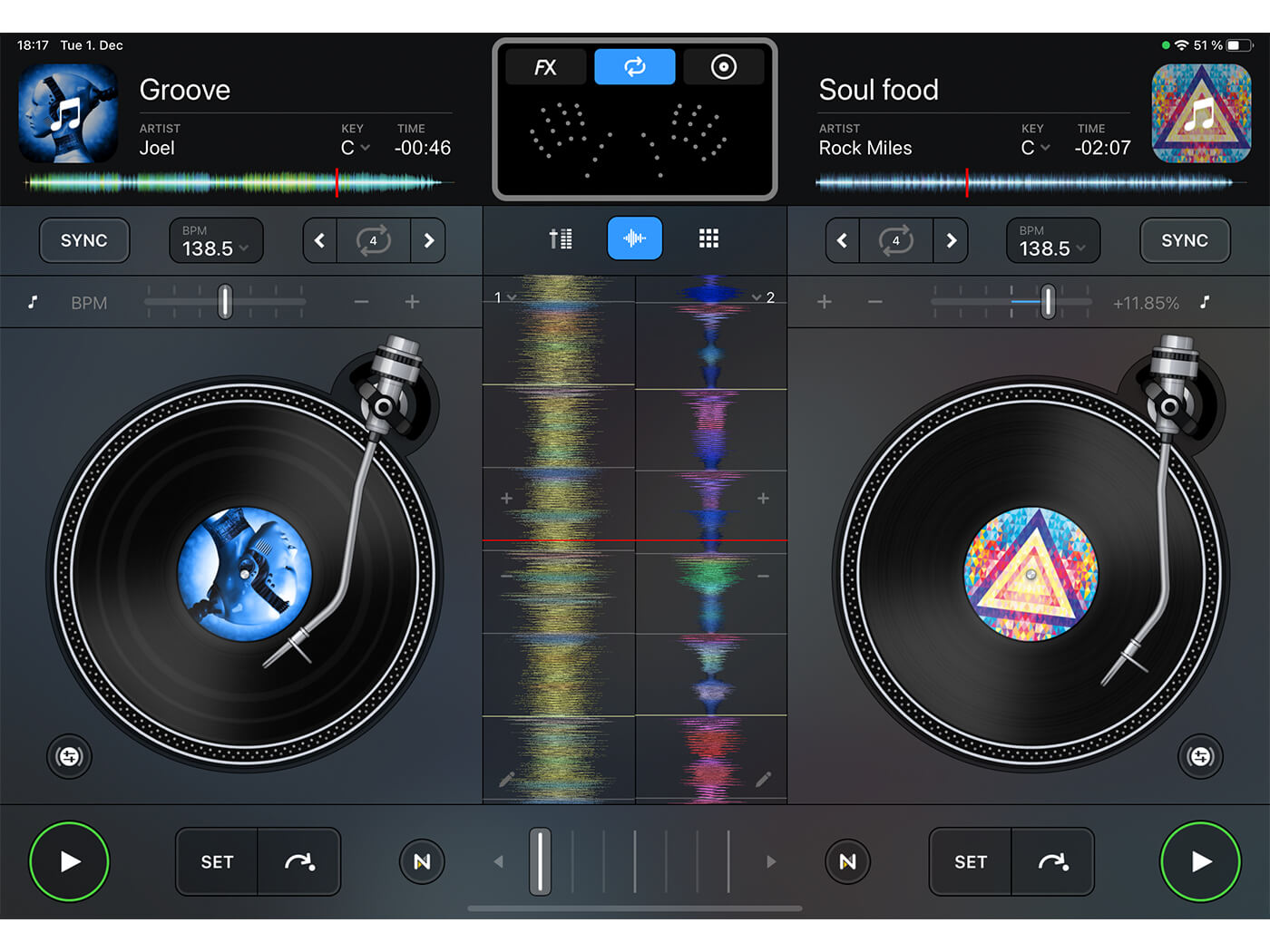 The DJing app makes use of the front-facing camera to intelligently detect hand gestures and trigger a variety of actions. You could use this to transition between songs, start or stop a loop, apply and tweak effects, and of course, scratch.

“Gesture Control is a new paradigm with implications beyond DJing and music creation,”he said in a statement. “It is a major step forward with how people interact with mobile technology.”

Check out DJ Ravine demonstrate the new gesture controls below:

This isn’t the first time we’ve seen hand-tracking tools in the world of music technology. The last decade saw its fair share of intangible controllers, namely Leap Motion and IK’s iRing. If you go further back, there’s the original hands-free instrument, the Theremin. Algoriddim is hoping that the world of DJing is where hands-free technology can flourish. Just make sure you do your dance moves outside the camera’s field of view.

Other newly introduced features include improved MIDI control, Dropbox and Google Drive compatibility, plus a visualiser that feeds off user camera roll or streamed music videos from TIDAL.

Meanwhile, if you aren’t yet subscribed to djay Pro AI, a monthly subscription will run you $6.99/£6.99 per month.