Identify a track while you’re out and about, or get locked in with the track another DJ is playing 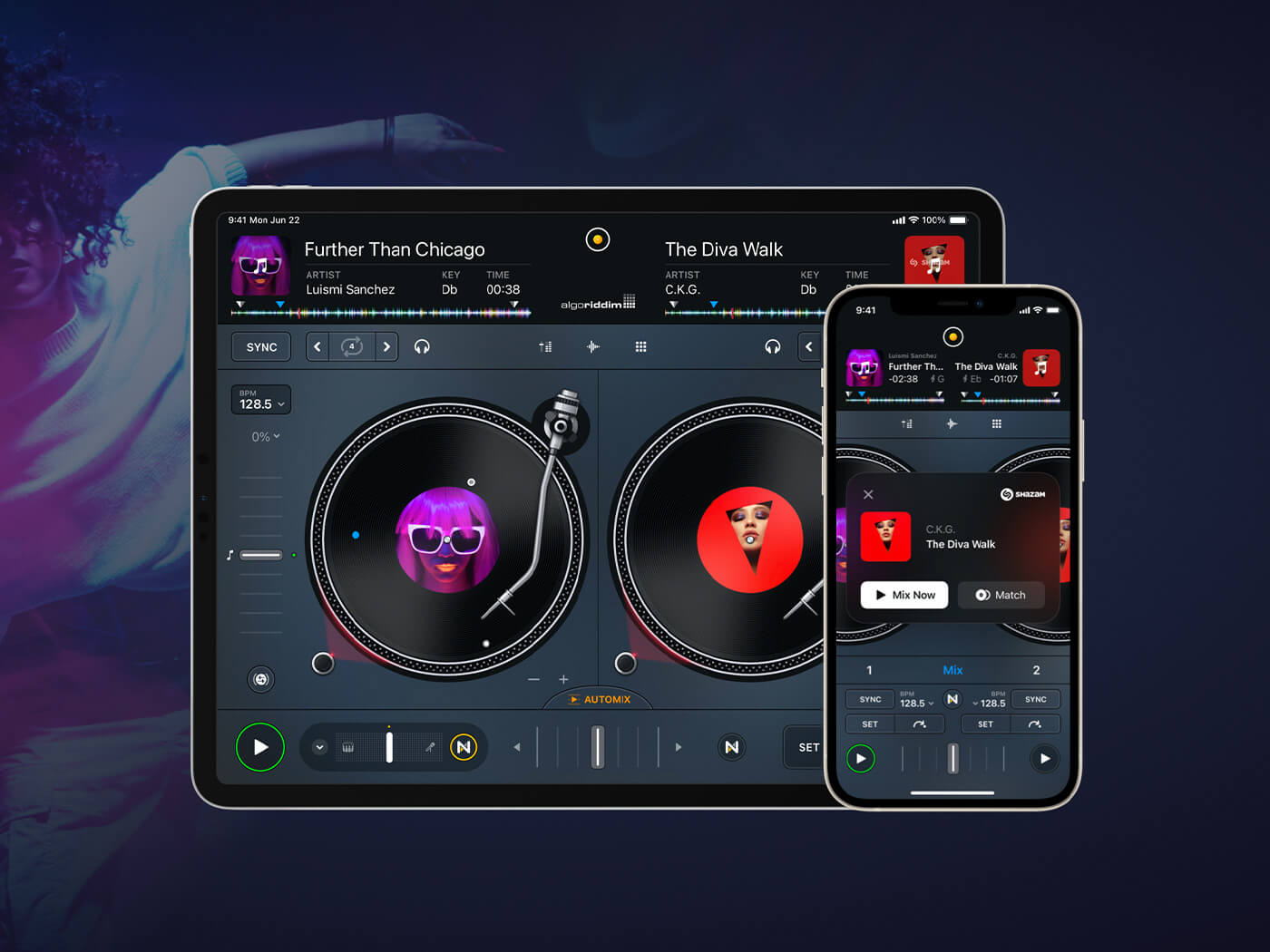 Whether at an event, listening to the radio or a mix, or playing a back-to-back set with another performer, DJs can use djay to detect music and load it onto the virtual decks. Once loaded onto the decks, it will be in sync with the external music source, playing the track at the same tempo and the same exact part.

DJs can then use djay’s Automix feature to create a mix with similar tracks, or browse their own library to blend in the next beat. Alternatively, the Shazam’d track can be manipulated with djay’s Neural Mix technology to isolate stems of the track, including vocals, drums and instrumentation.

Algoriddim says the new integration can allow DJs to take over from a previous DJ’s set at a party or club without any interruptions. It can also be used in back-to-back DJing, and is an excellent tool to quickly experiment with a new track when creativity strikes. Plus, djay saves previously identified songs to a user’s Shazam history in the Control Center on iOS 15.

djay also uses iOS 15’s AUv3 architecture and new system Audio Unit to allow DJs to apply effects on the master output. There are 14 effects to choose from, along with the many third-party AUv3-enabled effects apps, from parametric EQs to multiband compression and limiting.

“Integrating Shazam into djay completely transforms the creative workflow of DJs” says Karim Morsy, CEO of Algoriddim. “As a DJ you are constantly on the lookout for great new music to play at your next gig, but identifying a track and the process of getting it into your library has been a challenging task with no seamless way to do it. Now, whenever you hear a great song you can load it into djay’s decks with the tap of a button and instantly unleash your creativity,”.

Djay is available as a free download from the App Store, and a Pro subscription is available for $7 per month, or $50 per year.