Alfred Labs’ polyphonic step sequencer is ready for market, and you’re invited to help make that a reality

The Vince Clarke-inspired unit packs a punch with a retro look. 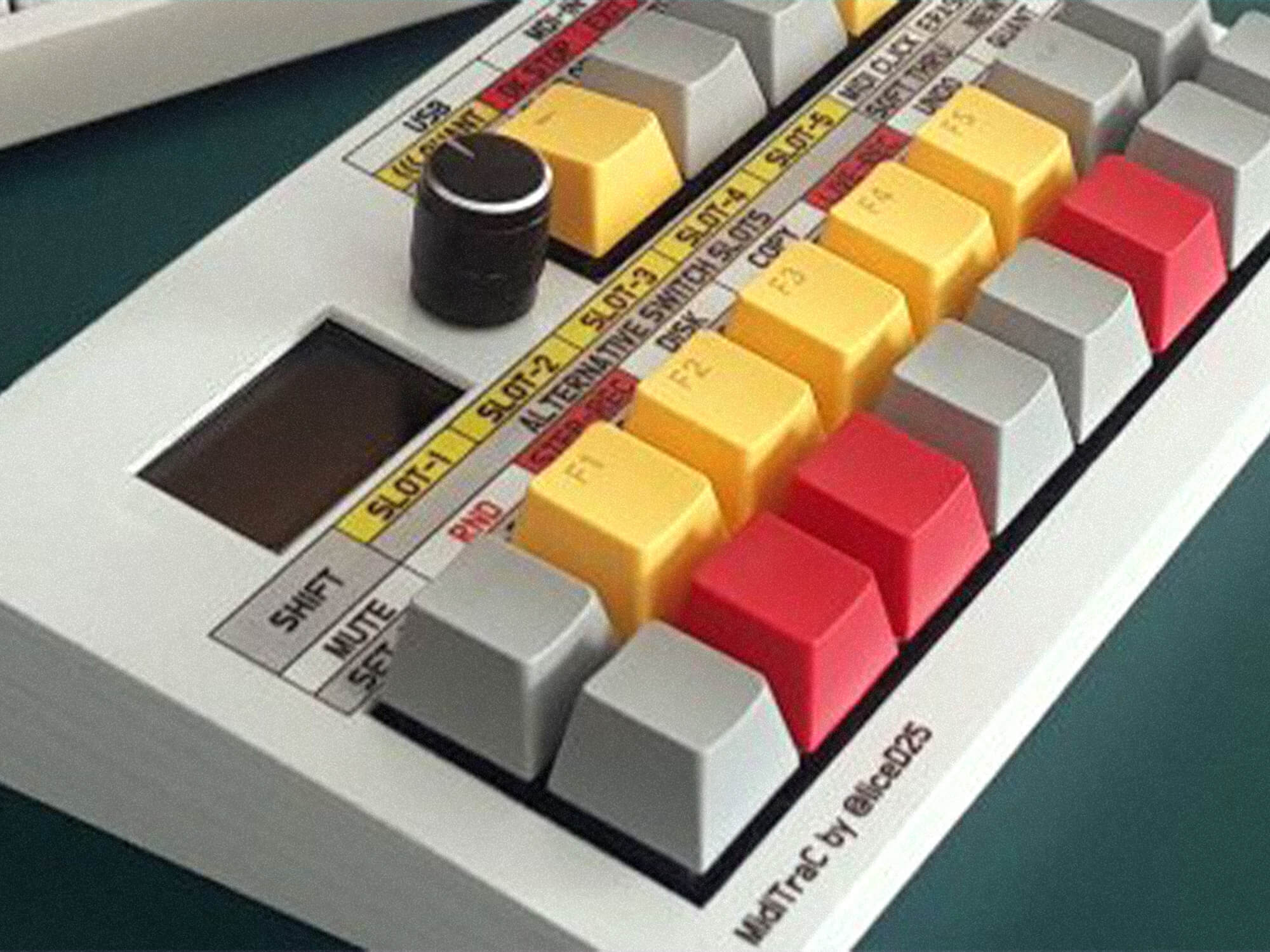 German DIY designer Alfred Labs has come up with a novel new design for an outboard polyphonic MIDI step sequencer, looper and pattern generator named the MidiTraC. The design is said to be ready for market, and Alfred is looking for partners to help make that happen.

Beginning life as a Max4Live project, the Roland JX-3P-inspired MidiTraC is a compact unit with classic, computer keyboard-style keys and a miniature OLED display. It works on the basis of five slots, with each slot able to handle patterns of up to 1024 different MIDI events. It allows for direct recording from other MIDI controllers, writing patterns on the fly and generating random notes with a ‘conditional sequence generator’. There are mute, transpose, scale and step edit functions, not to mention an onboard arpeggiator.

The concept, according to Alfred, was inspired by a video of Vince Clarke working on the ‘BBC Computer’ for the television programme ‘Rock School’ in the late 1980s. “Based on this, plus a lot of imagination and feedback from beta testers,” writes Alfred in the online manual for the MidiTraC, “the current version of the MidiTraC sequencer was developed.

“The initial spark was the idea of the polyphonic step sequencer, which is often found in hardware synthesizers. Unfortunately many implementations are only half-hearted and have many limitations (monophony, number of steps or complicated impractical handling). MidiTraC tries to counter these shortcomings.”

An earlier version of the design appeared on the GearSpace forum in October last year, more closely resembling a Critter & Guitari Organelle, but since seems to have undergone some significant design changes.

Alfred continues: “The user interface and the graphical representation is deliberately rudimentary and bulky to keep the attention on the haptics and the ears. The spirit and nostalgia for the 80s is hopefully reflected in the use of large mechanical buttons that flatter the fingers and invite to use them. The MiditraC unfolds its potential best when it is allowed to control several devices and or multitimbral polyphonic synthesizers…” [sic]

Watch the video that started it all below:

Alfred has built 20 MidiTraC units, currently retailing at €200 apiece, and is purportedly ready for investment to take the design to a wider market. Find out more about the MidiTraC and how to contact Alfred here, and keep up to date with developments here.